Despite tariff disputes between Europe and the US, the global market for American whiskey held strong last year with the total value of exports reaching US$971 million. These are the five most valuable international markets for the spirit. 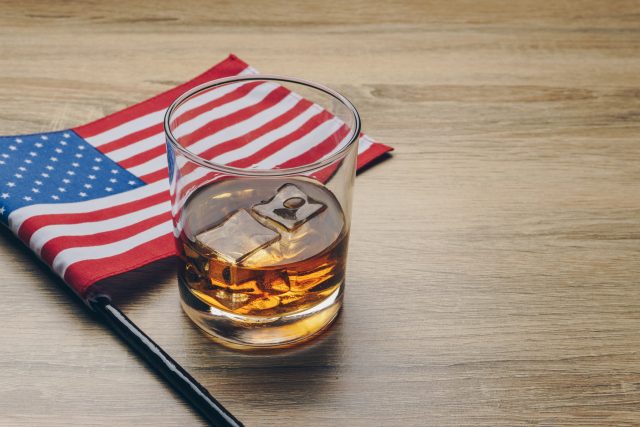 The following data come from the Distilled Spirits Council of the United States (DISCUS).

The French have a taste for oak-aged spirits from both sides of the Atlantic, with the country already buying more Scotch than any other in the world (176 million 70cl bottles, roughly) and spending approximately US$459m on the spirit. Though the market for Jack Daniel’s and Jim Beam might be slightly more modest, it is worth keeping in mind that the 25% tariffs on imports of American whiskey and bourbon into the EU imposed in June 2018 were only removed in late 2021.

It is believed that Germans first developed a taste for US whiskey in the aftermath of the Second World War when occupying American soldiers in the west of the country brought it with them. Almost 80 years (and the collapse of the Berlin Wall) later, and the spirit remains popular. However, beer and wine still dominate: 6.5% of the population purchased whiskey in Germany last year, as opposed to 35.8% for Pilsner and export beer, 14.4% for wheat beer, and a quarter who bought wine.

Data from the National Alcohol & Drug Knowledgebase shows that 15% of all alcohol drunk by Australians is bottled spirits and liqueurs. Though Australian youths appear to be drinking less than the generation that came before them, there is still a strong market for American whiskey down under. Indeed, Australia’s most expensive cocktail uses Woodford Reserve Bourbon and clocks in at an eye-watering AU$3,000 (£1,700).

Though the UK has Scotch, Welsh and even English whisky, there is still significant demand for spirits from across the pond. A YouGov survey from Q3 2022 has Jack Daniel’s as the third most popular alcohol brand in the UK, behind Baileys in first place and Smirnoff in second. However, the tariff spat between the UK and US wasn’t officially resolved until the June, during which time American whiskey exports to the UK declined by 42%. DISCUS held an event celebrating the end of the dispute to say “cheers to toasts not tariffs” at the US Embassy in London.

The popularity of whiskey in Japan, both that produced domestically and imports, is well-known. Much like Germany, the Japanese taste for American whiskey likely stems from the US’ influence in the post-War period. Beam Suntory, a subsidiary of Osaka-based Suntory, happens to own several major Bourbon brands, including Jim Beam, Maker’s Mark and Knob Creek. Recently, the company cited premium brands as the driving force behind its sale growth.

Perhaps surprisingly, India is not in the top five, despite the growing popularity of spirits there. This may partly be because of the discrepancy between the amount of whisk(e)y exported the India, and the value of it – with Scotch, India imports the second-highest number of bottles (136m), but is only the eighty most valuable market for the spirit (valued at £146m in 2021).