US distillers say ‘cheers to toasts, not tariffs’

This week, leading figures in the American whiskey industry gathered in the US Embassy, London, to raise a glass to what Distilled Spirits Council of the United States (DISCUS) president Chris Swonger called “the end of a four year nightmare”. 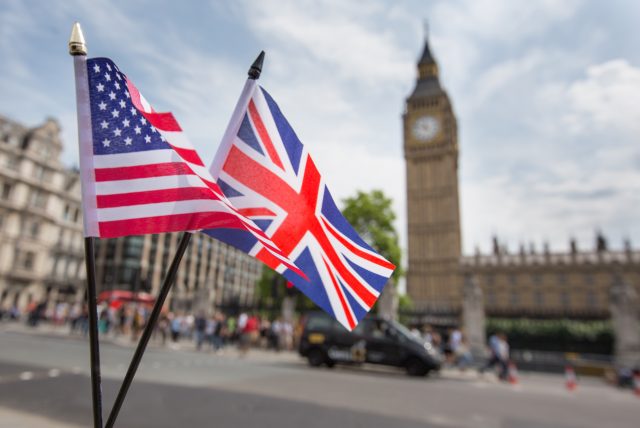 Despite the 5 July event taking place soon after Independence Day, the mood in the embassy was one of unity between the two countries, rather than division. Even as events in Westminster began to unfold and phones started to buzz with news alerts, the assembled guests diligently worked their way through the more than 20 American whiskey and bourbon brands being showcased.

Though the trade spat was initially concerned with steel and aluminium, it wasn’t long before American whiskey was swept up in the tariff dispute. Tom Sallis, director of global partnerships at the Scotch Whisky Association, said: “…whatever disputes there are in other sectors, it’s not right that our industry should be collateral damage.” The official resolution, on 1 June of this year, in many ways marked a new beginning for the Special Relationship.

In his speech, Swonger thanked President Biden for “resetting diplomatic relationships”: “When these tariffs came up, there was no light between us and our brothers in the Scotch and Irish whisk(e)y industries, and American whiskey exports to the UK declined by 42%”.

He continued: “…zero-for-zero tariffs mean economic vitality, jobs, and a strong Special Relationship. We look forward to playing our part in strengthening this relationship.”

Indeed, the resolution has opened up opportunities for newer brands to expand. Paul Wesley, star of The Vampire Diaries, future Captain Kirk and co-founder of Brother’s Bond Bourbon said of the lifting of tariffs: “as a company that’s only been around for one year, this is vital to us.”

The UK is the fourth largest market in the world for American whiskey. It is hoped that the export value will rebound from the 2021 figure of US$88 million back to the 2018 level of US$150m. To quote the embassy’s foreign service officer, Joe Pennington, “that’s a whole lot of Manhattans!”

However, through the jubilation there was a sense that there is still work to be done. Kathy Yao, agricultural attaché to the UK and Ireland, told db: “The current tariff suspension with the EU is only temporary, but we are hoping to make it permanent.”