US whiskey producers have breathed a sigh of relief after the EU agreed to set aside harmful trade tariffs on American whiskey and bourbon that were imposed three years ago – but called on the UK to follow suit. 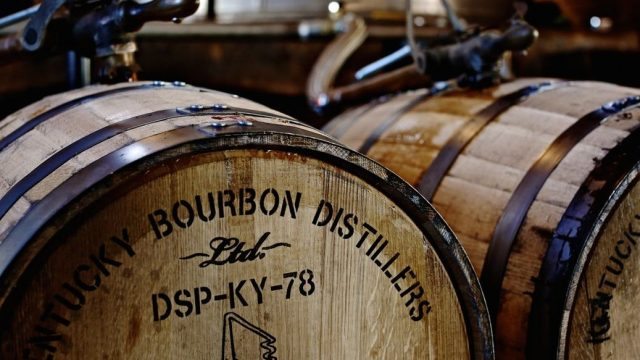 The 25% tariffs on imports of American whiskey and bourbon into the EU were imposed in June 2018 after former President Trump slapped tariffs on EU-made steel and aluminium. The tariffs were set to double to 50% in June this year, but the hike was temporarily suspended until 1 December in order to give the two sides time to come to a solution. At the time it was described as part of an effort to “reboot transatlantic relations”.

According to the Distilled Spirits Council (DISCUS), American whiskey exports to the EU – its largest export market for spirits – plunged 37% between 2018-20, down from $702 million to $440 million.

In June, Brown Forman’s president told investors that the tariff on American whiskies was costing the company around US$70 million a year in lost revenue.   The company is particularly exposed, due to the strength of its Jack Daniels brand in the EU.

In a report out last week, Robert Maron, Distilled Spirits Council Vice President for International Trade said that the tariffs had “seriously impeded the export progress that has benefitted our sector and created jobs across the country”, while the impact of Covid-19 had compounded the negative effect on exports of American distilled spirits.

The two sides agreed the deal at the G20 Heads of State and Government Summit held in Rome this weekend.

The president and CEO of DISCUS Chris Swonger this weekend said lifting the tariff burden on US whiskeys would not only boost US distillers and farmers, but would also supports the recovery of EU restaurants, bars and distilleries that were hit hard by the pandemic.

He praised the Biden administration for its “dogged determination to reset trade relations with the EU” and halt the needless damage being done to US businesses caught up in the trade war.

“With the removal of these EU tariffs, we are energized and ready to ramp up our American Whiskey promotions in the EU to re-introduce America’s native spirits to EU consumers and resume a great American export success story,” he said.

“We have a long way to go, but are fully committed to building back American whiskeys better in the EU”

The Bourbon Alliance also welcomed the announcement, congratulating colleagues on both sides of the Atlantic for their persistence in pushing for the removal of the tariffs.

It said the removal of the tariff would allow venues in the EU to fully re-stock their bars for the first time since the dispute began in 2018 – however UK tariffs on  US-made whiskey remain and the industry called on the UK to remove these.

Martha Dalton, co-founder of the Bourbon Alliance said the UK government needed to focus on reaching a similar resolution.

“When the UK left the Customs Union, we were promised the freedom to establish an independent trade policy – the time has come to realise the opportunities of Brexit and to cut the tariff for good,” she said.

She said the measures continued to “inflict pain” on UK importers, the hospitality sector and the Scotch whisky supply chain.

The UK is the US whiskey market’s fourth largest market.

“US whisky imports to the UK have fallen by 53% since 2018 from $150 million to $71 million, which she said was having “a devastating impact on the sector and stifling inward investment.

Calling for a resolution, she added that “a tariff on Bourbon and other US whiskeys is not in the UK’s national interes and damages the UK economy.”

In addition to the aluminium and steel trade war, former President Trump also imposed tariffs on $7.5 billion worth of EU goods – including wine, spirits and liqueurs – as part of a 16-year dispute over aviation subsidies. After temporarily halting the tariffs for six months in January, the US and EU sides came to an agreement in June shortly before the temporary tariff suspension was due to expire, suspending tariffs for five years. See her for analysis on how the tarffis affected the wine and spirits industry.