Lawson Whiting, president of Brown-Forman, estimates that the EU’s 25% penalty tariff on American whiskies is costing the company US$70 million a year in lost sales.

The transatlantic dispute harks back to the days of the Trump White House when America imposed a 25% anti-dumping levy on European steel and aluminium to be followed a year later by Brussels retaliating with matching penalties on a range of products including American spirits.

The spat came up at the G7 summit in Cornwall over the weekend, which Whiting suggested “puts a little bit of light at the end of the tunnel – maybe they can come up with some constructive agreements that would benefit us.”

He said in an interview that he had hoped several times over the past three years that the row in which his company was not a participant “would go away. But I haven’t been right yet,” he conceded.

However, he was “pleased” that both sides had agreed not to double the tariffs to 50% as originally scheduled from the first of this month and he “continued to be encouraged about the full removal of tariffs on American whiskey”.

He urged all concerned “to remove all spirits tariffs before the EU tariff escalation pause expires at the end of November.” 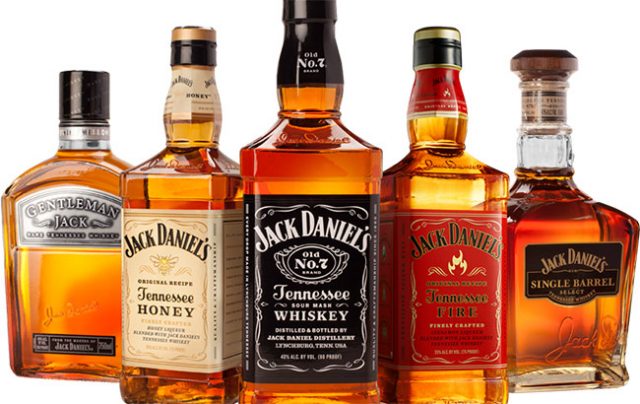 In 2019 (the latest figures available) US whiskey exports to the EU slumped by 30% as a result of the tariff penalty, with Brown-Forman suffering the most because of the dominance of Jack Daniel’s in the sector.

During the presentation, Whiting hinted that Britain, a target market for Jack Daniel’s and Woodford Reserve, might be ready to drop the penalty tariffs sooner than Brussels.

They were imposed when the UK was member of the European Union and have not yet been removed despite London’s eagerness to agree a free trade deal with President Biden.

Brown-Forman’s annual results disappointed Wall Street despite the company hailing them as “consistent with our long-term performance”.

Reported profit was US$903m, or US$1.88 per share, which was marginally below estimates. At US$3.46 billion, reported sales were up 3%, while underlying sales gained 6% aided by strong volume growth especially in RTDs, which topped 20m cases. That was offset by a decline in price/mix.

Volume growth was 12%, aided by new flavours introduced in the RTD category.

However, because Jack Daniel’s is predominantly an on-trade spirit, especially in the US, Brown-Forman felt the full impact of closed bars and restaurants during the pandemic. It also meant it had further ground to make up in the burgeoning RTD market as US consumers swung to home consumption.

The recent link signed with brewer Pabst is designed to give Brown-Forman greater access to the off-trade.

Brown-Forman remains optimistic about the current year to spring 2022, predicting that both trading conditions and profitability will continue to improve, forecasting that underlying sales and operating income will grow in mid-single-digits, along with industry expectations.

That prediction, however, excludes the possibility of the EU tariff war ending and an extra US$70m flowing into the coffers in Louisville.

The company is committed to spend £95m on doubling its production capacity at Louisville and generated a free cash flow of US$755 million in the past year, which will help it to pursue niche takeovers as opportunities arise.

Next month chairman George Garvin Brown IV retires and will be succeeded by Campbell Brown, the tenth Brown family member and the second member of the fifth generation of the founding family to hold the role.

And more than once last week Whiting was at pains to point out that Brown-Forman is a family controlled company “with a very long-term vision”.

That was designed to further dismiss any speculation that Brown-Forman itself might be open to an overture.