10 countries that buy the most Scotch

It is estimated that 1.38 billion bottles of Scotch whisky were exported around the world last year – these were the 10 biggest markets for the spirit by volume. 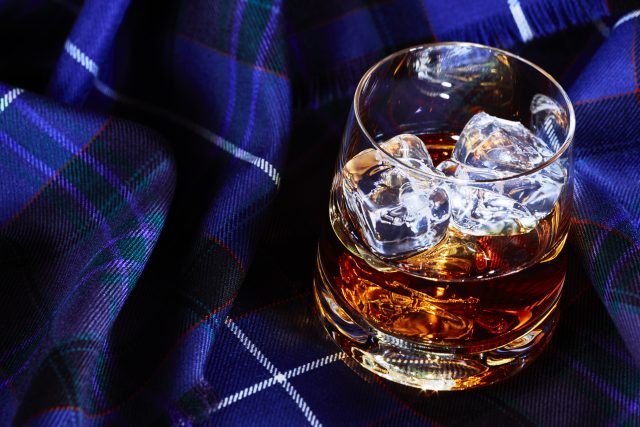 According to the Scotch Whisky Association, 61.2% of that volume was made up from blended whisky, as opposed to 10.2% for single malt. By contrast, in terms of value, blends make up 56.7% and single malts 33.8%.

44 bottles of Scotch whisky were exported every second in 2021, as opposed to 36 per second in 2020. This resurgence in demand can be attributed to the reopening of on-trade channels and how that

Note: the following data is measured in the estimated number of 70 centilitre bottles.

The second most valuable Scotch market (£386.6m last year), the French are known for their fondness of the spirit – with the 176m bottles imported last year representing about two and a half litres of amber nectar per adult. There are suggestions that this longstanding love affair may be starting to cool as consumers opt for domestically-distilled drinks, but, despite this concern, the 2021 volume was actually 1% above that of 2019.

4% above the pre-pandemic level, and a staggering 44% above the 2020 volume, India is still only the eighth most valuable market for Scotch. This discrepancy is likely the result of the 150% basic customs duty on each bottle, which has been a contentious issue between United Spirits (Diageo’s Indian arm) and several Indian authorities.

The spirits trade across the Atlantic was severely disrupted by the (now resolved) tariff dispute between Europe and the US. Though the 2021 volume of Scotch exported to the US was actually only 1% below the 2019 level, the value of those exports declined by 26% in those two years to £789.8m. But, despite this dramatic decline, the US remained in the top spot as the most valuable market for Scotch.

There’s more to Brazilian spirit consumption than cachaça – Scotch whisky is experiencing a boom in the Latin American country. Indeed, the volume exported in 2021 was a staggering 91% higher than that of 2019, the biggest increase for any country on this list. According to Whisky Invest Direct, 95% of the Scotch market in Brazil is made up of bottled blends, and the drink is particularly popular in the north east of the country, whereas in the centre and south it is a less frequently consumed symbol of status.

Although Japan produces its own high quality whisky, there has historically been a strong market for the Scottish stuff – but some of the demand has been due to a questionable practice among some distillers of buying Scotch whisky and blending it with a Japanese product. However, new laws introduced in April 2021 meant that drinks made in this manner could not be labelled as ‘Japanese whisky’.

The volume of Scotch exported to Spain last year was actually 15% below what it was in 2019, indicating that consumers had been slow to adjust to the reopening of on-trade channels. This phenomenon of lockdown leading to reduced drinking was also in evidence with estimates concerning Spanish wine consumption.

Scotch sales in Mexico have fluctuated in recent years, with the dent the pandemic inflicted on on-trade sales being notable, but, overall, the spirit has performed strongly in the aftermath. In late 2020, the Mexico-UK Spirits Agreement gave Scotch further protections in what is one of its major markets.

Though whisky is arguably best enjoyed with a splash of water, the marketing value of Scotch whisky is one thing the industry does not want diluted: earlier this year, a ruling over a German distillery using the term ‘Glen’ in one of its product names was upheld.

About 7% of the country’s spirits market is made up of Scotch, and though that pales in comparison compared the 70% share that vodka has, it is still a sign that whisky is on the rise in Poland, as the 37% increase in the volume exported between 2019 and 2021 attests to.

Whisky exports to Russia were on the rise in recent years, with the 2021 volume being 61% above the pre-pandemic level. However, the recent invasion of Ukraine and subsequent trade sanctions could well mean that this upwards trajectory nosedives

To read about the most valuable markets for Scotch, click here.