London’s Camden Town Brewery has partnered with Rootlabs to launch what it has called “the UK’s first brewery-based urban vertical farm” with 200 strawberry plants now growing at its Enfield site. 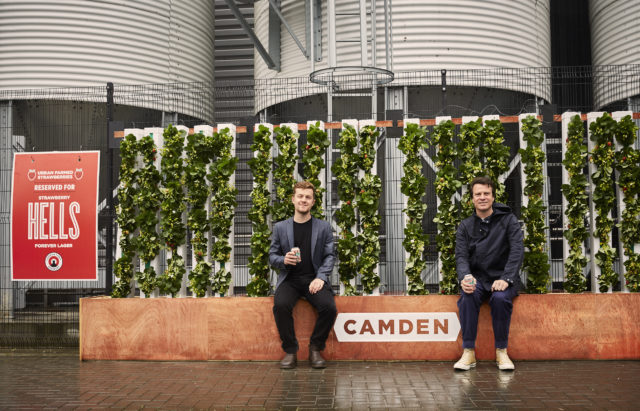 The London brewer has teamed up with Rootlabs which constructs urban farms in the capital and is the sister company of GrowUp Community Farms, a Bermondsey-based enterprise which aims to raise the profile of new urban farming techniques.

Both companies champion the use of vertical farming, a method of planting that both saves space and uses 90% less water than traditional techniques.

According to The Evening Standard, Camden has planted 200 strawberry plants which will be used to brew its seasonal Strawberry Hells Forever beer which was relaunched at the weekend.

The brewer will donate 20p from every can of Strawberry Hells sold to GrowUp Community Farms to help support their mission.

The strawberry plants at the Enfield brewery are grown in columns in order to save space. Employing aeroponics technology, the plants are grown without soil and their roots are instead misted with a nutrient-rich water solution. Along with the site’s existing solar-panelled roof, energy storing heating equipment and recycled water system, it is part of Camden’s efforts to reduce its carbon footprint.

Co-founder of Rootlabs, Sam Cox, told The Standard that this method of growing strawberries will allow Camden to harvest 10 times the quantity of berries in the space provided, compared to traditional methods. 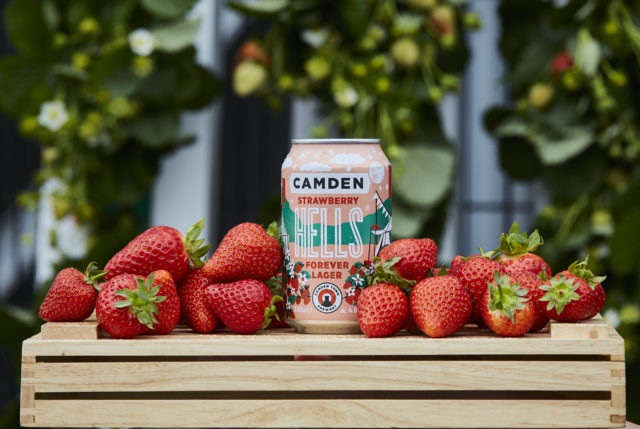 Jasper Cuppaidge, founder and chief executive of Camden Town, told the news site that the endeavour was inspired by a desire to learn more about sustainable production.

He added: “Enfield as a site is totally carbon neutral so this made sense, to use ingredients that we create on site. We are built on a very small site. Space [in London] is at a premium. It makes sense to use space that we are not using.”

Strawberry Hells Forever is part of four “Seasonal Hells” that the brewer is launching, inspired by each of the seasons. The beer is packaged in 330ml cans featuring designs by Dutch illustrator Bodil Jane. It is available in 4-packs from Sainsbury’s stores nationwide while stocks last and at Camden’s Brewery Bar for £2 per can.

Among is recent innovations are two iterations of the pint glass, including a squat-shaped, tumbler-like glass called the ‘Jack’, and a slimline Pilsner-style glass called ‘Kenneth’. Last year, the brewery also teamed up with London pizza chain Homeslice to create a Pilsner-based lager designed to be consumed with pizza.