Camden Town Brewery will open the doors to its £30 million new brewery in Enfield in July, which it claims is the largest investment in London’s brewing industry for three decades. 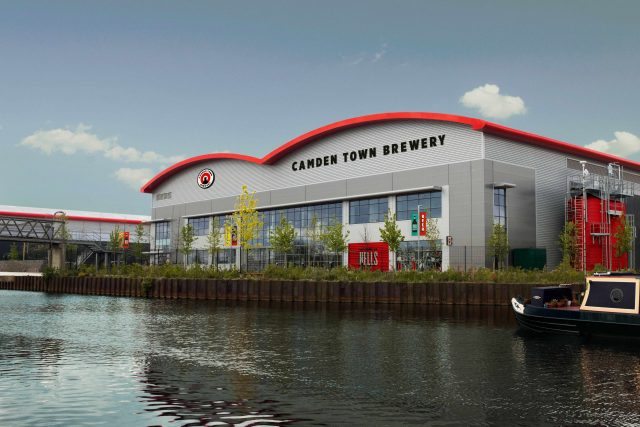 The 50,000 sq ft facility is not far from the brewery’s home in Kentish Town, where the brand was founded by Jasper Cuppaidge in 2010 and the home of its flagship brew – a 4.6% unfiltered lager, Camden Hells, made using pilsner malt and perle and hallertauer hops.

The brewery opening follows the acquisition of the London-based brewer by ABInBev in 2015, which enabled its development and will allow it to further expand its international operations. The deal was reported to be worth around £85 million, bringing its portfolio of beers under the ABInBev banner, which angered some corners of the craft beer scene who accused the brewer of selling out to a corporate giant.

Cuppaidge brushed off criticism saying that to remain at the forefront of the “craft” movement and secure its future success it had “to build a bigger brewery, employ more people and gain access to an international distribution network”.

The new site will allow the brewer to expand its production to 400,000 hectolitres a year, and will also be open to the public for weekend tours, a beer school and a steel bar in the middle of the brewery.

“The railway arches in Kentish Town will remain the heart and soul of Camden Town Brewery, but our expansion to Enfield allows us to increase our capacity so ultimately we can bring great beer to more people,” said Cuppaidge.

“It’s a phenomenal opportunity to extend into another North London community and to be a part of the impressive redevelopment that’s taking place in Enfield.”

The new brewery will produce all of Camden’s core beers including Camden Hells, Camden Pale Ale, Gentleman’s Wit, Camden Pils Lager, IHL Lager and Ink Stout, and will also be used as a test site for innovation, specials and collaboration beers.

The brewery itself has been designed with the environment in mind, and carries a carbon neutral development, with solar panelled roof and an energy efficient brewing system to minimise its environmental impact. The brewing team will also increase by 50%, bringing job opportunities to the area.

The brewery will open on 8 July with a launch party for the local community, featuring live music, pop-up restaurants, brewery tours and entertainment.