London-based craft brewer Camden Town Brewery has been sold to AB InBev, the world’s biggest brewer, to pave the way for further growth, prompting claims it has sold out to a corporate giant. 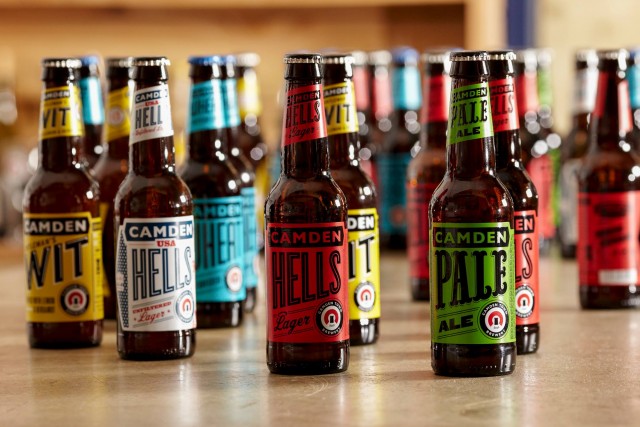 Founded by Jasper Cuppaidge, the owner of The Horseshoe pub in Hampstead, Camden Town Brewery started production in 2010 and has since grown from just three staff to a team of 95. Its beers are available in over 1,000 pubs, bars, restaurants and retailers around the UK, as well as further afield in Sweden, Australia and Japan.

Announcing its acquisition by AB InBev via its website yesterday, Camden Town Brewery said the move would enable it to expand its operations, by building a second brewery in London, and bring its products to more people.

“To keep up with the demand for our distinctive beers we’ve had to look at expanding our brewing capacity and team”, said its founder Jasper Cuppaidge. “AB InBev is going to be our strategic partner, helping us maintain the character and quality of our beers, while giving us access to the investment we need to drive Camden to being ever more successful at home and abroad.

“Opportunities like this come rarely. We believe we must have the ambition to grab this opportunity and turn Camden Town Brewery, and the quality it stands for, from being an outstanding London brewer to being a world famous one.”

While unconfirmed by either party, the deal is estimated to be worth around £85 million and brings Camden’s Hells, Pils and Pale Ale brands within a portfolio that already includes Budweiser, Stella Artois and Beck’s.

However the move has caused anger among the craft beer community who claim the company had sold out to a corporate giant, with BrewDog immediately removing Camden Town lager from its bars around the world. Taking to Twitter, co-founder James Watt announced that BrewDog simply “does not stock AB InBev beer”, and that it would be removing Camden Town beers from its bars.

In a second statement posted on its website, Cuppaidge said that to stay at the forefront of the “craft” movement and secure its future success it has “to build a bigger brewery, employ more people and gain access to an international distribution network.”

Camden Town Brewery confirmed via Twitter that its headquarters will remain in Camden, but that it would be opening a new brewery in Enfield next year.

“We can’t do this on our own”, said Cuppaidge. “That’s why I’m proud to say I’ve signed a deal with AB InBev. This partnership is going to help us deliver our plans to grow. With AB InBev’s support we will expand our operations, create more jobs in London and continue to brew our great beer and get it to more drinkers. We are really excited about taking this opportunity to turn Camden, and the quality it stands for, from being an outstanding London brewer, to being a world famous one. We hope you are too.”

Its sale came less than three weeks after AB InBev confirmed plans to sell another London-based craft brewer, Meantime, which it acquired as part of its £71 billion takeover of rival SABMiller earlier this year.

The deal is expected to complete by 7 January 2016, after which Camden Town Brewery will become a wholly-owned subsidiary of AB InBev. Financial terms of the deal have not been disclosed.

We will no longer be selling any @CamdenBrewery in our bars. We don’t stock @ABInBevNews beers.

Disappointed that @CamdenBrewery is no longer a craft brewery. The transition to mediocre beer has begun. 👎😟 https://t.co/Qa7kg9eS5r

When a much loved independent business is bought by a large corporate, does it automatically become evil? https://t.co/S8leZKAERe