Constellation Brands has revised its deal with E&J Gallo announced earlier this year, removing certain wine brands from the transaction and reducing its value by US$600 million to $1.1 billion. 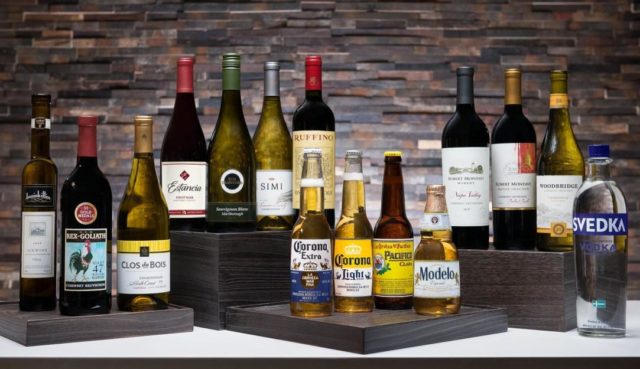 Constellation first announced plans to offload around 30 of its lower priced wine brands and related facilities to E&J Gallo in April this year. The deal, valued at $1.7bn, included wine brands in Constellation’s portfolio priced at US$11 and below per bottle, as well as six winemaking facilities.

However, in May, it was announced that the deal was being delayed after both companies received requests for additional information from the US Federal Trade Commission in connection with a review of the transactions submitted.

In a statement published yesterday (12 December), Constellation said the deal had been revised due to “competitive concern primarily related to the sparkling wine, brandy, dessert wine, and concentrate categories”.

As such, Constellation will retain brands in these categories and “will pursue other opportunities to divest the brands excluded from the agreement with E. & J. Gallo”. It said it was considering offloading these brands, as well as the concentrate business, to companies “whose business strategies better align with the brands”.

The brands now not being sold to E&J Gallo include Cook’s California ‘Champagne’, J. Roget American ‘Champagne’, and Paul Masson Grande Amber Brandy, which combined, sell around five million cases per year. Thus the sale has been adjusted to a value of $1.1bn.

$250m of that final sum is an earn-out based on divested brand performance over two years.

The revised deal and the divestment of the excluded brands is expected to complete at the end of the 2020 fiscal year, pending approval.

Constellation has also announced that in a separate deal, it has agreed to sell its New Zealand wine brand Nobilo and its related assets for $130m. This transaction, which is also subject to regulatory approval, is expected to close in the first half of the 2021 fiscal year.

In 1998, Nobilo bought Selaks Winery and was then in turn bought by BRL Hardy in 2000. Three years later, BRL Hardy merged Nobilo with Constellation Brands’ wines.

Commenting on news of the revised deal and Nobilo offload, Bill Newlands, president and CEO of Constellation Brands, said: “We remain confident in our wine and spirits transformation strategy and we are committed to continuing to work with Gallo and the FTC to finalise this transaction.

“We continue to focus our total portfolio to align with consumer-led premiumisation trends and growing segments of the market.

“We believe pursuing a revised agreement is in the best interest of the brands, our collective employees, business partners and consumers. We aim to close as soon as possible and look forward to a seamless transition while continuing to drive momentum in our respective businesses.”

It follows news that Constellation plans to sell San Diego’s Ballast Point, a brewery it bought for $1bn in 2015.

Constellation’s Newlands said the deal had been made after trends in the US craft beer industry had “shifted dramatically” since the drinks group acquired Ballast Point four years ago.