After acquiring San Diego’s Ballast Point for US$1 billion in 2015, Constellation Brands has now sold the brewery to Illinois-based Kings & Convicts Brewing Co. for an undisclosed sum. 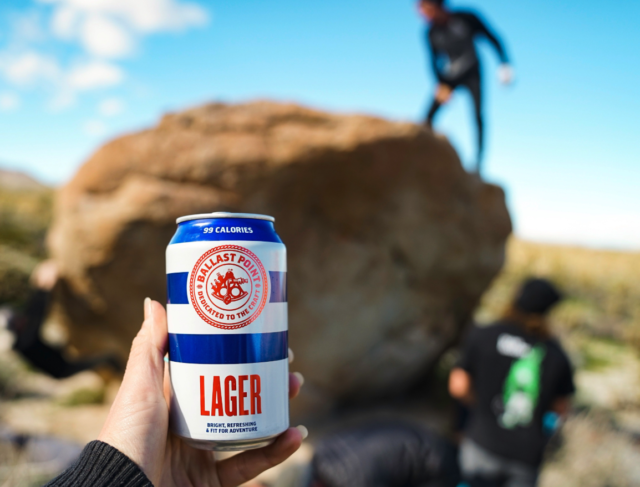 Constellation Brands president and CEO, Bill Newlands, said the deal had been made after trends in the US craft beer industry had “shifted dramatically” since the drinks group acquired Ballast Point four years ago.

The purchase agreement includes the Ballast Point brand and a number of its associated production facilities and brewpubs, except Constellations’s craft and speciality operations in Daleville, Virginia.

Kings & Convicts has stated that it will retain all current staff members at Ballast Point, and plans to hire new workers to support the future growth of the brewery.

The deal is expected to close, pending approval, by the end of 2020.

“Ballast Point’s best-in-class brewing standards will remain unchanged, delivering the same high-quality, award-winning products the company has become known for over the years. Our goal is to leverage Ballast Point’s deep know-how, talented and passionate employee base, and outstanding operating team to grow both Ballast Point and Kings & Convicts together.”

Newlands added: “Ballast Point remains one of the most iconic craft beer brands in the country and we’re pleased to transition the business to an owner that can devote the resources needed to fuel its future success.

“At the same time, this decision allows Constellation to focus more fully on maximising growth for our high-performing import portfolio and upcoming new product introductions, including Corona Hard Seltzer, scheduled to launch this spring.”

Founded in 2017 by Christ Bradley from England and Aussie Brendan Watters, Kings & Convicts has its own taproom and brews beers that are available in bars and restaurants in the Chicago metropolitan area and southern Wisconsin.

Constellation has offloaded a number of brands in its portfolio this year, most notably its wine brands priced at $11 a bottle and below, worth $1.7 billion, to E&J Gallo. The deal has been delayed pending regulatory approval.

In August it sold Black Velvet Canadian Whisky to Heaven Hill Brands for $266 million, while in October, it marked down the value of its investment in Canada-based cannabis company Canopy Growth by US$839.1 million in the second quarter of the year.

It has, however, made some investments, acquiring minority stakes in Colorado-based Montanya Distillers, North Carolina’s Durham Distillery and Los Angeles-based Mezcal El Silencio, and a majority stake in Tennessee Bourbon distillery Nelson’s Green Brier, this year.