Spirits companies have made millions on the back of a gin boom that has spanned years in the UK, but now that the category is maturing, drinks giants have to get creative to keep their share of the market. 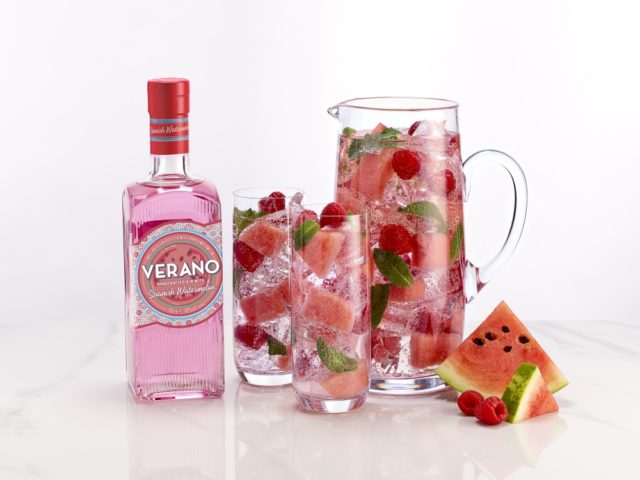 William Grant & Sons UK is expanding its gin portfolio with the launch of a new label, Verano.

The premium-positioned gin is available in two flavours; Verano Watermelon, a “luscious, sweet and refreshing flavour, made for sharing with friends this summer,” and Verano Lemon, “a revitalising and zingy blend of Spanish lemons infused with extra lemon peel creating a zesty citrus flavour.”

Made at the William Grant & Sons Girvan distillery in Scotland, the gin is available now in more than 800 Stonegate bars nationwide, and will hit shelves in ASDA on 7 June.

It follows on from news that Pernod Ricard signed a deal with Biggar & Leith to acquire its premium Italian gin brand, Malfy, last month.

The Malfy purchase is the third time since 2016 that Pernod Ricard has invested in premium and flavoured gin brands, following a partnership with Monkey 47 in 2016, which is made with 47 botanicals predominantly sourced in the Black Forest, Germany, and the acquisition of the UK distribution of Canadian gin label Ungava in 2018.

And in March, TV presenter, comedian and winemaker Graham Norton’s gained his first UK listing for his new pink Irish gin in Tesco.

Ifan Jenkins, William Grant & Sons UK marketing director, said that for the Verano label is “inspired by Spain and its relaxed lifestyle, colourful vibrancy and delicious fresh fruits, and are bringing this into gin.”

This boom has not slowed down just yet. In the last quarter of 2018 gin sales grew 53% by volume and 59% by value, compared to 2017, which the WSTA states is “the largest growth by quarter on record for gin”.

But as the category continues to grow in popularity, it has also matured and developed sub-categories of its own. Sales of flavoured gin in the UK contributed more than half of all the growth in the gin category in 2018, with sales netting £165 million, up an impressive 751% on the same period last year, according to figures from the Wine and Spirit Trade Association.

“In terms of the core market we’re past the peak of the gin craze,” Spiros Malandrakis, drinks analyst at Euromonitor, told the drinks business, “but that’s not to say there aren’t opportunities.”

Although traditional styles of gin may be starting to decline in popularity, the analyst said this needn’t concern new entrants into the category as the demographic flavoured and craft styles appeal to are “by their nature promiscuous.”

Malandrakis said that, now that the category had matured, and more and more brands are toying with innovative flavours, unusual provenance has become another way that drinks giants can give their gins a unique selling point.

“It is about playing around with expectations. The vast majority of expectations on gin focus on the UK, so the idea is how do you twist that recipe to make it relevant to consumers who are always looking for the next exotic thing.”