Flavoured gin contributes over 50% of the growth in sector

Sales of flavoured gin in the UK have contributed more than half of all the growth in the gin category in the past year, with sales netting £165 million, up an impressive 751% on the same period last year, according to figures from the Wine and Spirit Trade Association. 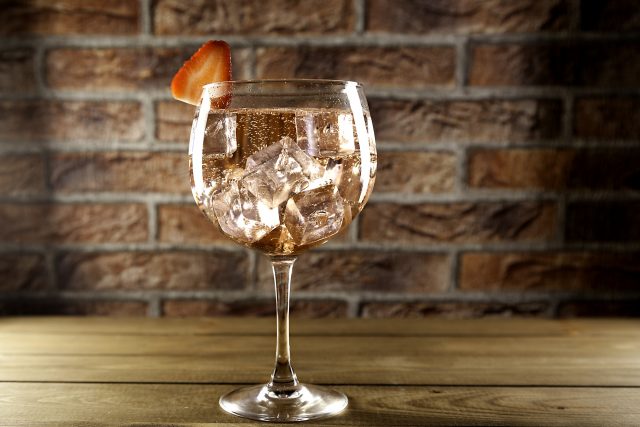 In September, it was reported that sales of UK gin have doubled in value in the past five years with exports and domestic sales totalling £2.2 billion in the year ending 16 June.

As reported by the drinks business, 2018 has been a record year for sales of coloured and flavoured gins, with a multitude of new expressions hitting the market within the past year to 18 months. Despite such expressions only making up one fifth of total sales, the WSTA states that “flavoured gin has driven over half of all growth in gin in the last recorded 12 months”. Almost three quarters of the growth in flavoured gin can be attributed to pink gin alone.

Pioneers of pink Edgerton (launched in 2011) and Pinkster (launched in 2013) have been joined by a whole host of different expressions, with high-profile big-brand launches, kicking off with Gordon’s Pink in September 2017

This was followed by Beefeater Pink in February 2018, Tanqueray’s Flor de Sevilla in April and its Lovage gin in May, basil-flavoured O’ndina gin from Campari in April and a sour cherry gin from Italian liqueur giant Luxardo, released in July.

According to Pinkster’s managing director, Stephen Marsh, 11% of on-trade gin stockists carry a pink gin and 2.2 million people in the UK are now consuming it.

This quarter, UK gin sales grew 53% by volume and 59% by value, compared to 2017, which the WSTA states is “the largest growth by quarter on record for gin”.

In the past year, gin has leapfrogged whiskies and liqueurs to take second place in the most popular drinks list sold in the on-trade.

Miles Beale chief executive of the Wine and Spirit Trade Association said: “Gin is once again breaking records helped by our innovative distillers who have introduced an exciting array of new flavoured, pink and more traditional gins this year. The popular new products combined with a fantastic long hot summer and the excitement of the World Cup has helped boost the category beyond all predictions.

“It was only a few months ago that we announced that gin sales at home and abroad had broken the £2 billion mark. Our latest Market Report shows that sales of gin in the UK alone is just shy of the £2 billion. It seems we may have been a bit premature hailing 2016 to be the ‘Year of Gin’. Just two years later we’ve almost doubled sales of gin. 2019 will have to be crowned the year when gin was in the pink.”