As the encyclopaedic Wine Grapes reminds us, there are a staggering 1,368 wine grape varieties currently identified on this planet, with scope for still more to be discovered; yet only a handful have made it into the mainstream. 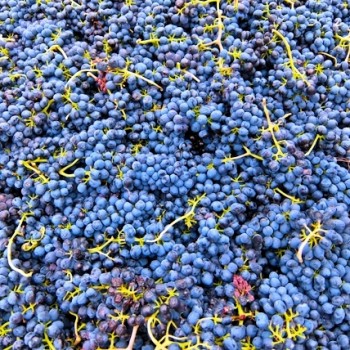 One might argue that from a marketing perspective the wine world is already impossibly fragmented, so why bamboozle consumers still more with obscure grapes? Then again, how many people a decade ago had heard of Prosecco? Likewise, the success of Grüner Veltliner should give hope to custodians of less easily pronouncable grapes. At a time when the wine world shows signs of moving towards greater homogenity, the argument for preserving these charismatic, local alternatives is more urgent than ever.

Last year’s IMW Symposium saw grape geneticist José Vouillamoz put forward his own list of grape varieties with the potential to emerge from obscurity. In the process he stressed the importance of preserving these little-known grapes as a “very important source of biodiversity“, noting that the best way to safeguard their future was to encourage people to drink the wine they produce.

Over the following pages we highlight 10 lesser known red grapes, many of which show signs of being on the cusp of a commercial breakthrough. Just remember, when the likes of Teroldego or Areni do finally hit the big time, you heard it here first.

Many of the world’s weird and wonderful grape varieties are tucked away in European valleys, so it’s worth highlighting this one, which is playing an increasingly exciting role in the evolution of Chilean wine.

Keen to explore beyond the commercial success it has enjoyed with more mainstream varieties, more and more Chilean winemakers are delving into the country’s viticultural past and finding new respect for its old vine parcels. Many of these sites lie in the southern region of Maule, where the Spanish first planted País (also known as Mission) in the 1550s.

This thin-skinned, high yielding variety remains one of Chile’s most widely planted grapes, but was generally viewed as being of inferior quality and suitable only for bulk wine.

However, with age its vines begin to produce something more interesting and Miguel Torres led the way for this variety’s image overhaul with the introduction of first a sparkling expression followed by a red País. Now others are following suit, including Chile’s largest producer Concha y Toro. All we can say is watch this space. 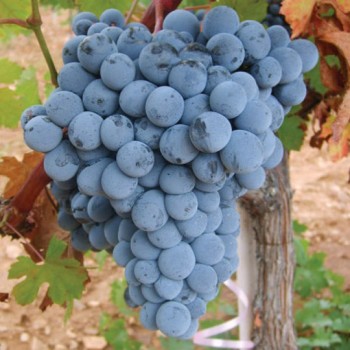 Ease of pronunciation is probably one reason why this variety is not more commonly seen on the shelves, not to mention the fact that its native Turkey is hardly a “must-have” wine region for most buyers.

For cultural regions, most of Turkey’s extensive vineyard plantings are geared towards table grapes, but recent years have seen a rise in the country’s export ambitions for its wine as well.

One of its key grapes for this push is Öküzgözü, meaning “bulls eye”, a widely planted variety that produces bright, juicy reds. On its own, this tends not to make enormously age-worthy wines, but it forms a complementary blending partner for Turkey’s other important red variety, the tannic “throat burner” Boǧazkere.

Sadly a move last year by the Turkish government which banned the domestic marketing and promotion of alcohol has hindered the ability of producers to bring their wines to a wider audience. 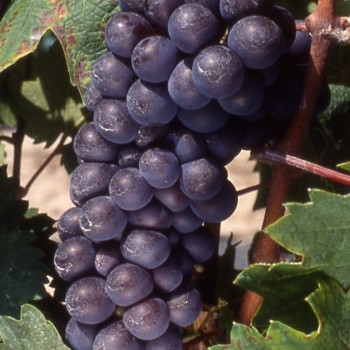 Watch out, the hipsters are catching onto this grape, which is finding its way onto some of the world’s edgier wine bar lists. And rightly so, for this light, fruity, gently spiced Loire variety has been overshadowed for too long by “smarter” grapes such as Cabernet Franc.

Sometimes going by the name of Chenin Noir, this grape has deep roots in the Loire valley, but its susceptibility to disease and irregular yields saw plantings plummet during the last century.

Although Pineau d’Aunis can make savoury, refreshing red wines – like drinking a spicier, slightly wilder version of Pinot Noir – it also appears as a rosé and is even used for Loire sparkling wine. Support this under-rated variety and the sommelier brave enough to list it next time you spot it on a wine bar chalk board. 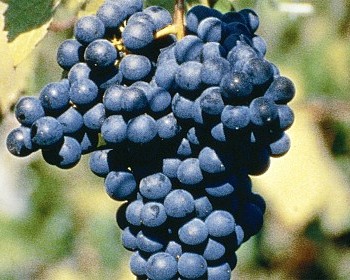 The wine world has Elisabetta Foradori to thank above all for preserving this ancient and charming native of Italy’s Trentino region and showing why its disappearance would have been such a sad loss.

Although this grape remains in decline, since the mid-80s it has found a vocal champion in Foradori. Her high quality expressions have shown off the smart pedigree of Teroldego, which counts both Syrah and Pinot Noir as close relatives.

Ideally suited to its Dolomite home, at its best Teroldego captures that mineral mountain freshness with bright fruit and real elegance. Its top examples bring the ripe tannins, intensity and mouth-watering acidity that are so conducive to long ageing. 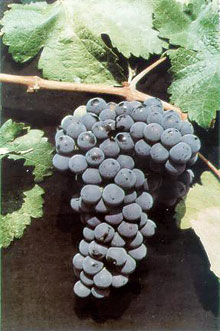 Greece has an ancient, well-documented history of wine production, yet few wine drinkers living beyond its borders can get much beyond that ill-advised glass of holiday retsina 10 years ago.

While the inevitable Cabernet Sauvignon and other international faces have crept in, Greece has for the most part stood proudly by its host of indigenous varieties, from the white Assyrtiko and Savatiano to the full-bodied reds made from Xinomavro and the delectably sweet Muscats of Samos.

However, in Agiorgitiko, the country finds perhaps its most widely planted and versatile grape. Named after St George, the variety can produce everything from fresh rosé styles to sophisticated reds. Although virus problems have hampered producers’ efforts to win wider recognition for Agiorgitiko, progress is now being made in tackling this issue.

While its popularity means that the grape is found across Greece, Agiorgitiko has developed a particularly strong link with the Peloponnesian region of Nemea, which produces some of the most attractively perfumed examples of this intriguing red. 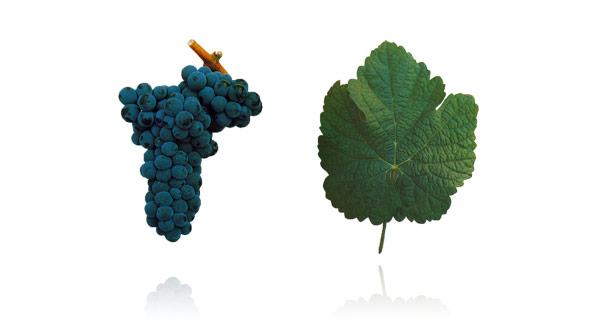 Canny members of the wine trade are only too familiar with the superb value and original styles, both red and white, coming out of every corner of Portugal at the moment. However, getting that message across to consumers has proved more challenging, partly because this country has such a wealth of exciting grapes that it’s difficult to pick a focus.

Perhaps it makes sense to start with one of Portugal’s most widely planted but overlooked varieties, Touriga Franca – or Touriga Francesa as it is often know here.

Despite occupying a larger surface area in the Douro than Touriga Nacional, which has somehow succeeded in stealing its limelight, Touriga Franca may offer less concentration but makes up for that with aromatic intensity and finesse.

Although it’s difficult to isolate the character of individual varieties in a region where blending is so key, Touriga Franca plays a particularly influential role at Croft’s Quinta da Roêda. It’s also worth looking out for this grape in table wines and beyond the Douro, especially regions such as Lisboa and Alentejo. 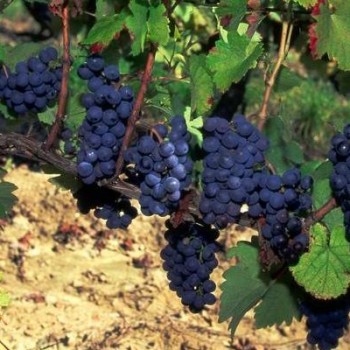 This Jura grape has an unlikely link with the Douro, where it also appears, albeit by the rather less elegant name of Bastardo.

Long overlooked by the outside world as little more than an alpine curiosity, Trousseau is now enjoying wider exposure as a result of the fashionable wave that Jura wines are riding on the edgier edges of the wine world.

When grown in the sunny sites that it really needs to shine, Trousseau creates an attractive, deep-coloured, violet-scented and structured wine. In its native Jura this grape often appears in a blend with the more delicate Poulsard.

Meanwhile as its Portuguese Bastardo alter ego, this grape is more widely planted but rarely given a chance to shine. After Douro producers narrowed their varietal focus during the 1960s, its individual character has been largely masked by a role as a minor blending component in Port. 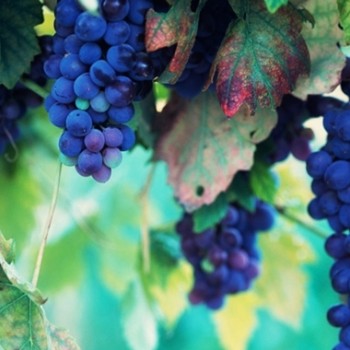 Switched on observers may have noticed a flurry of world famous wine consultants descending on Armenia. Paul Hobbs, Michel Rolland and Alberto Antonini are all involved with pioneering projects here and with any luck their efforts will shine a light on the country’s most exciting variety: Areni.

Picked out by grape geneticist José Vouillamoz as “a fantastic variety” in his presentation at last year’s MW Symposium, Areni is an ancient grape with strong links to its native Armenia’s equally historic wine culture.

Producing everything from full-bodied dry reds to sweet styles, rosé and even brandy, Areni is described by Antonini as being like a cross between Sangiovese and Pinot Noir. With Armenia on the cusp of showing its treasures to an international audience, it’s time to get better acquainted with this country’s star grape. 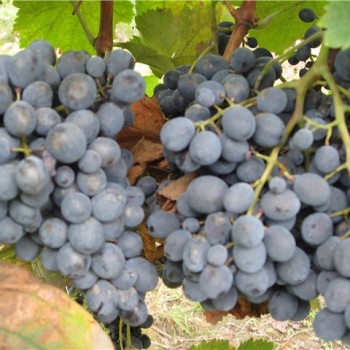 While we’re digging around this gateway between Europe and Asia, it’s worth taking a look across the border into Georgia, where fans of the most extreme end of the natural wine spectrum may already have discovered the delights of Saperavi.

Georgia’s most widely planted variety is closely associated with the country’s traditional winemaking technique, which sees grapes fermented in qvevri, clay amphorae buried in the ground.

Saperavi is a rare example of a grape with red flesh rather than just red skin. As a result it makes deep-coloured wines, backed by plenty of tannin and acidity, which often benefit from some time in bottle.

A number of examples have already found their way into the UK, thanks in no small part to the efforts of bold importers such as the Georgian Wine Society. 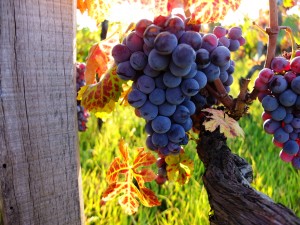 Not content with its host of exciting, if internationally under-rated grape varieties in its mountainous north, Italy’s southern regions also conceal plenty of intriguing options, several of which are starting to show their true calibre in this modern era of controlled, quality-focused winemaking.

Although grown widely around Sicily, Nerello Mascalese seems to show its most noble side on the slopes of Mount Etna, a romantically dramatic setting that is helping to draw the eyes of the world towards the ambitious winemaking developments taking place here in recent years.

One particularly dynamic and vocal pioneer in this region is Planeta, which shows off Nerello Mascalese’s potential with its Etna Rosso and Erruzione 1614 labels.

Alessio Planeta finds that the productive, potentially high alcohol Nerello Mascalese shows a more refined character on the volcanic, high altitude soils of Sicily’s most famous landmark. In particular its thick skins offer protection against the region’s relatively high rainfall and create “very fine tannins, like Nebbiolo,” according to Planeta, who is now working to transform these qualities into a similarly sophisticated, age-worthy wine.