Why the Big Apple loves the Jura

France’s smallest wine region with its most complicated range of wine styles is on a roll as far as exports are concerned with year-on-year increases bringing the proportion to 7% of total volume last year. After Jura tried to crack the UK market with its first trade tasting earlier this year, it’s worth looking at what’s behind its biggest success story, wooing the fashionable wine drinkers of New York City, writes Wink Lorch. 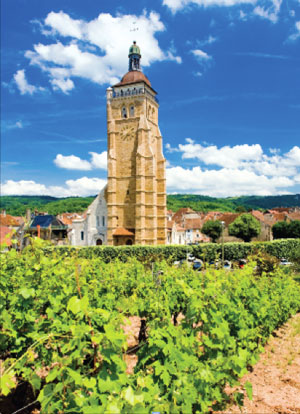 European readers of revered New York Times wine writer Eric Asimov’s The Pour earlier this year may have been somewhat bemused by a comment in an article about the resurgence of interest in Bordeaux: “I think it’s almost become this Jura-type thing,” said Daniel Johnnes, the wine director for Daniel Boulud’s Dinex restaurant group and an importer, referring to a long-ignored region in eastern France that became the darling of the wine vanguard in the last decade. “It was so uncool to drink it, that you’re now cool if you do.”

US wine importer Neil Rosenthal should probably be credited with being the first to get Jura wines known in the US when he imported wines from the highly respected Jacques Puffeney in AOC Arbois in 1997; a year later wines from another Arbois producer Frédéric Lornet appeared through Wine Symphony. In 2000 the late Louis Dressner, a champion of non-interventionist wine producers, imported the sulphur-free wines from Domaine Pierre Overnoy and from then on Jura became linked with the popular artisanal movement too.

Very soon the Overnoy wines were on allocation, a situation that continues today. By 2008 around a dozen Jura producers had wines being imported into the US, some of them with sufficient volumes, such as Stéphane Tissot of Domaine André et Mireille Tissot, to become more widely distributed across the country.

The appeal of Jura wines to American wine drinkers appears to be a combination of their value for money relative to Burgundy with which they can be most closely associated in style, their very obscurity or exoticness providing novelty value, and a real drinking appeal especially of the sparkling wines, the light reds as well as the more classic whites.

Unlike in most of Europe, Americans do not immediately associate Jura wines with oxidative styles or compare the wines with Sherry. Indeed there is very little Vin Jaune, Jura’s most famous wine, available because US rules do not allow the 62cl clavelin bottle to be imported. 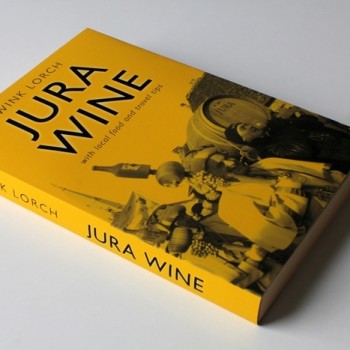 From a region with only five grape varieties (Chardonnay and Savagnin for whites; Poulsard, Trousseau and Pinot Noir for reds) grown on less than 2,000 hectares, Jura makes a plethora of styles. Today, around 25% of Jura’s output is accounted for by Crémant du Jura white (mainly from Chardonnay) as well as some pink; in terms of world exports Crémant accounts for around half the volume. With a high average quality and a moderate price, these sparkling wines make an easy sell and several New York restaurants and bars offer them by the glass at a price usually a touch above cava or Prosecco.

The reds are light in colour but appeal to those searching for a Burgundy alternative, and in particular the lightest of them all, Poulsard (the largest volume red) has become a trendy wine for New Yorkers. Sophie Barrett of Chambers Street Wines in New York’s TriBeCa district, a retailer with an organic focus, that regularly stocks around 20 lines from Jura explains: “The popularity of Jura wines started with people’s desire for light reds: Loire, Burgundy, Beaujolais, etc. Light reds from the Jura are gouleyant [thirst quenching], very good chilled, and quite a bit cheaper than most Burgundy. My customers love the lightness and the distinctiveness of Poulsard and its varietal character, which they can identify. Trousseau is more Pinot-like in its varietal character therefore less quintessentially ‘Jura’.”

For the whites, it is the terroir-specific Chardonnays of Stéphane Tissot and Domaine Ganevat (the latter for some years on strict allocation, imported by Kermit Lynch) that appear on up-market restaurant wine lists such as Daniel, alongside Vin Jaune from Domaine Lornet and Château d’Arlay, and Château-Chalon from Domaine Berthet-Bondet. Pascaline Lepeltier of 1-star Michelin Rouge Tomate comments on the whites: “For my customers mostly it needs to be more on the ouillé [topped-up] side – but I also have a lot of wine lovers who come here for the ‘real deal’ – the oxidative Vin jaune and non-ouillé.” In retail, Barrett of Chambers Street has a similar experience: “For whites, my geeky customers may pay lip service to the sous voile [oxidative] styles, but in reality they’re buying the ouillé wines more often. I have some guys, for example, who really like voile wines themselves but tell me their wives don’t enjoy those flavours, which leads them to ouillé Savagnins and Chardonnays.”

Lepeltier also notes that her customers like the fact most Jura domaines are organically farmed, with a low use of sulphur. In fact, about 15% of the Jura’s vineyards have organic certification, but this accounts for over 25% of Jura wine producers, because many of the small estates who work in this manner. Low use of sulphur is practiced by more and more estates, something easy to do for oxidative wines, and when used with care, often with a partial carbonic maceration technique, can work effectively with the reduction-prone Poulsard reds. 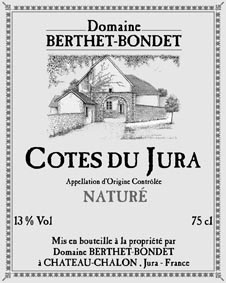 Barrett describes an ‘upper echelon’ of Jura customers, who have been buying Jura wines long before they were cool, and who buy them to cellar and drink with fellow collectors. They are always on the lookout for Overnoy and Ganevat and to some extent others. “As the prestige of those growers increases, I’ve certainly observed that there’s an appeal in being able to brag about the Overnoy Ploussard or Ganevat Melon à Queue-Rouge one drank last night, on par with northern Rhône legend Noël Verset, Burgundy legends like Roumier, Rousseau and Truchot, and the Loire’s Clos Rougeard.”

A New York trend or a lasting demand?

The trend for Jura wines in New York and elsewhere in the USA was started by importers with the foresight to see the appeal of these wines, and then galvanized by journalists such as Eric Asimov, Alice Feiring and Levi Dalton writing and speaking about the wines. However, the region itself was able to capitalize on the interest too, obtaining European and regional funds to assist in mounting a three year campaign of trade tastings. This helped to increase numbers of Jura estates with importers and also eased the pressure for retailers and restaurants restricted to small allocations of wine from in-demand estates.

Zev Rovine, who imports from six estates, admits that it is less easy selling the wines than previously because of the greater number of wines available, and many shops only wanting to stock two or three Jura wines if any. However, the producers he works with only have small volumes to sell anyway and he does not believe the appeal of Jura is a passing fad. “I think they have successfully carved a niche here, so I believe their success will persist.” When you observe that the restaurant Gramercy Tavern’s wine list has 11 Jura listings, one less than Alsace, and Rouge Tomate has 17, on a par with Alsace or Austria, it’s hard to see this love of Jura disappearing from New York any time soon.