The flagship wine grapes of the future

A native Armenian red and a white variety from the Peloponnese could be the “next big things” in wine according to grape geneticist and Wine Grapes co-author José Vouillamoz. 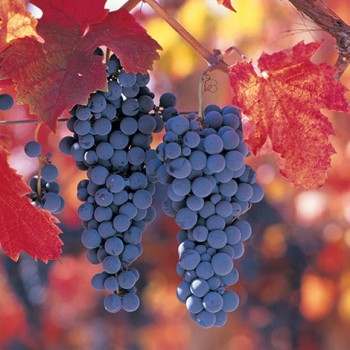 Speaking during May’s MW Symposium in Florence, Vouillamoz pointed out that throughout history certain grapes have gone “from oblivion to flagship”, before revealing a selection of varieties that he believed could become famous in the future.

Initially, however, by way of example, he said that the Tribidrag grape had evolved from a little-known native grape of Croatia to become the Primitivo of Puglia as well as the Zinfandel of California.

Further emphasising that grapes can become successful a long way from their home, he pointed out that native Bordeaux grape Carmenère has been widely planted in Chile, but also China, where it’s called Cabernet Gernischt – once wrongly thought to be Cabernet Franc.

Vouillamoz then picked out 14 obscure varieties that he believed could be well-known and widely-planted grapes of the future.

He also stressed the importance of preserving little-known grapes and consuming the wines made from them.

“Obscure varieties are a very important source of biodiversity and the best way to preserve these obscure grapes is to drink the wine from them,” he said.

Read on to discover some of Vouillamoz’s hot tips for the future shape of world viticulture.

Beginning with two indigenous Portuguese grapes, Vouillamoz said that white variety from the Douro, Rabigato could become the “next big thing” because it is a high-quality and high-acid, age-worthy grape.

Meanwhile, moving to the central Portuguese region of Dão, he said that red grape Alfrocheiro Preto had a bright future for its ability to retain acidity, even in hotter climates.

Further justifying these choices, he said consumers are moving towards “lighter and more acidic wines”. 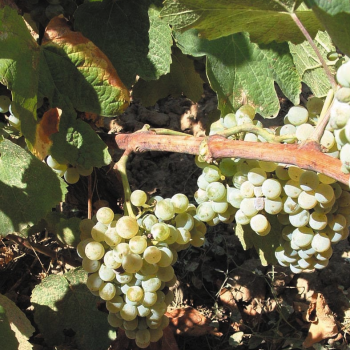 Like its red counterpart Maturana Tinta, this white native grape of Rioja is currently extremely rare. Nevertheless, Vouillamoz believes it has global potential.

This stems from its ability to produce wines of freshness, rich fruit, and also herbal characters.

It has been recently authorised for use in the production of white Rioja, along with more international varieties Sauvignon Blanc, Chardonnay and Verdejo.

Vouillamoz stayed within Spain when it came to picking his next two promising grapes, choosing a white variety from Catalunya and a red from Mallorca.

Sumoll Blanc is presently extremely rare and only found in Tarragona and Penedès in Catalunya, but has global potential due to its fresh acidity and minerality, as well as ability to handle maturation in barrels.

Meanwhile, Escursac was almost lost to the wine world when phylloxera hit Mallorca in the 1890s, but has since been rescued, and produces wines of great quality with bright fruit and soft tannins.

Permitted in Châteauneuf-du-Pape and Côtes du Rhône-Villages, it can also be found in California and Washington State.

Turning his attention to a white from France, Vouillamoz selected Verdesse for its aromatic quality, acidity and quality potential.

Native to Savoie, Verdesse had almost disappeared, but is coming back in this part of south-eastern France, where it’s used in still and sparkling wines.

He selected Lagrein from the Alto Adige for its deep colour and fresh acidity, while noting that it is already spreading from its native source and into Australia, where more than 10 producers have planted it.

Then he picked Sardinian grape Nieddera for its potential to produce full-bodied and complex reds. Although Voillamoz admitted that he was tempted to choose Sicily’s Nerello Mascalese, he said this grape was “already too famous”.

Delving yet deeper into the world of obscure native grapes, Vouillamoz moved to Greece, which he described as “a fantastic playground” for selecting flagship varieties of tomorrow.

Among the many choices, he picked firstly Kydonitsa, a white grape from the Peloponnese which takes its name from the diminutive of quince. Indeed, the wine is said to taste of this fruit, and can be concentrated as well as fresh.

Then he opted for red grape Mavrotragano which he stated has “great potential”. The variety is native to Santoríni, where it produces wines with cherry fruit, spice and freshness on the island’s volcanic soils.

Turkey was the next source of flagship grapes of the future, which, like Greece, is a country that produces “fresh and fruity wines despite the Mediterranean climate”, according to Voillamoz.

Choosing firstly white grape Vasilaki, he said this variety, which is native to the Turkish island of Bozcaada, was characterful and potentially high-quality.

Finally, Vouillamoz selected Areni, a native Armenian red, which he stated is “a fantastic variety” as well as the country’s best grape.

Indeed, such is the grape’s quality it has attracted famous international wine consultants to Armenia, including Alberto Antonini, Michel Rolland and Paul Hobbs.

Could Areni be the Cabernet of the future? According to Vouillamoz, it’s quite possible.