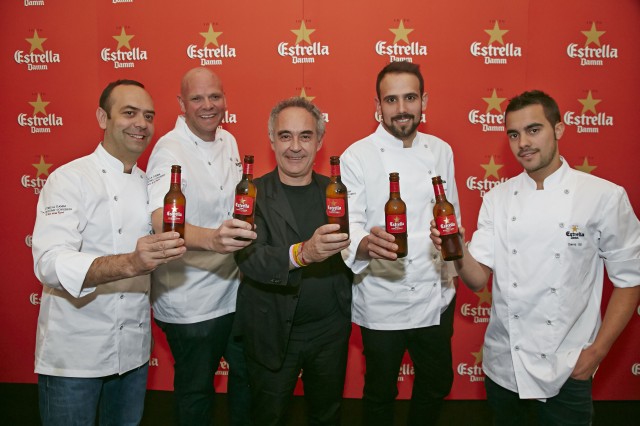 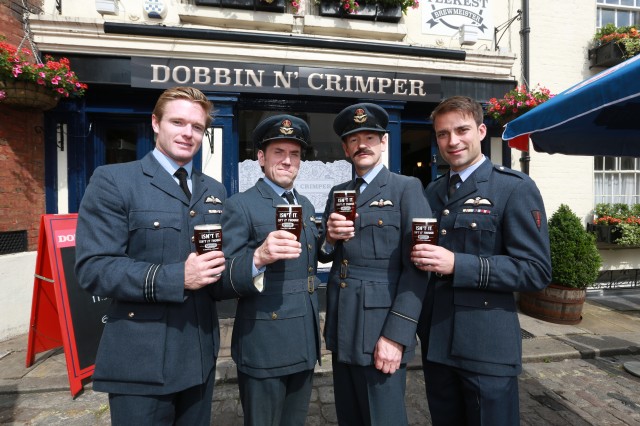 Modern British slang terms such as “totes amazeballs” and “LOL” are catching up with the popularity of old British sayings such as “toodle pip” and “cor-blimey”, according to Spitfire Ale, which this week teamed up with comedy duo Armstrong and Miller to produce a guide to modern British slang. The guide will be launched at the Horse and Groom in Belgravia – the UK’s self titles “poshest pub” – which will be translating its welcome signs and chalkboards into modern day slang.

A group of UK journalists joined the ranks of Bordeaux’s winemaking elite this week during a recent press trip to the region organised by PR company R&R Teamwork. During the trip, international journalists and winemakers from various Bordeaux white appellations enjoyed “whites’ soirée” food pairing dinner at the L’Hotel de la Plage, overlooking the Arcachon Bay.

Henley brewer and pub operator Brakspear is bringing back its popular boater hats this summer in time for the UK town’s Royal Regatta (1-6 July). The straw boaters are again being offered free with the purchase of five pints of Hooray Henley, Brakspear’s seasonal ale, available during July. 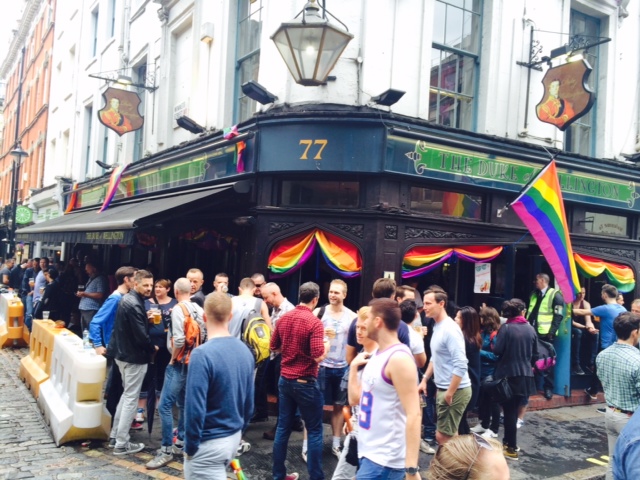 Pubs in London’s Soho strung up their rainbows last weekend in support of Pride – a two day festival celebrating the LGBT community. Thousands packed the area with pub and bar operator TCG reporting record-breaking sales at three of its venues. The Duke of Wellington, Admiral Duncan and King’s Arms saw sales rise by 20% during the two day event.

Bushmills Master Blender Helen Mulholland presented two Artist’s Reserve single malt whiskies to the headliners of this year’s Bushmills Live event this week – expressions inspired by the bands who played the festival on June 12 at the Old Bushmills Distillery in Ireland. The exclusive bottlings were presented to The 1975 and Tired Pony, a group formed by Snow Patrol’s Gary Lightbody. Former Indian professional tennis player and James Bond actor Vijay Amritraj launched two wines, the result of a partnership with India’s largest premium wine producer Grover Zamper, at a celebrity-packed Wimbledon-themed party at London’s St James’ Court this week. Both wines are due to go on sale in the UK with their release coinciding with the Wimbledon Championships. db headed to the new private dining room at high-end Indian restaurant Quilon in St James’s this week to hear Oxford University professor of experimental psychology Charles Spence speak on beer and music matching pitting the likes of Debussy against Jimmy Hendrix to see which worked the best with hip hops provided by beer expert and educator Rupert Ponsonby. Spence has recently spoken out about how environment has a profound affect on taste. 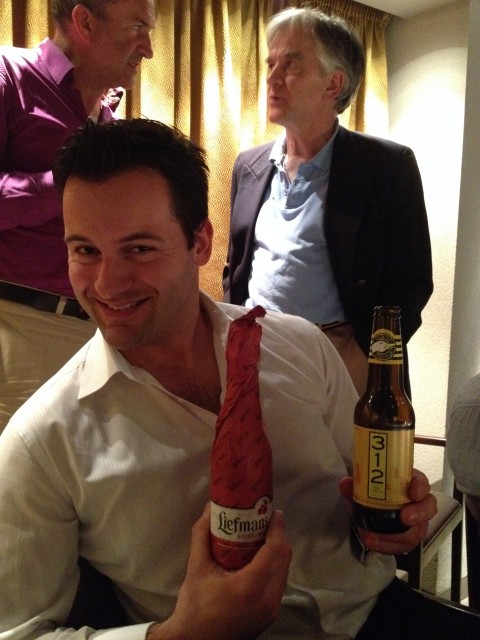 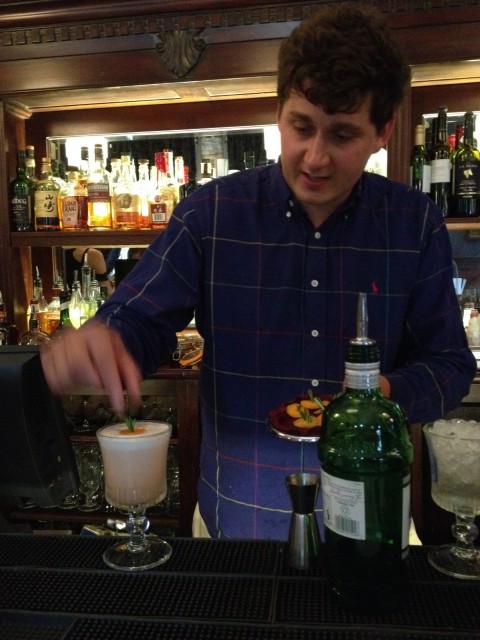 Cheeky chappy Tom Gibson, owner of Rubies in Dalston and the recently renovated Cat & Mutton pub in Broadway Market talked db through some of the tricks of the trade this week at a mixology masterclass at cocktail bar Pearl’s upstairs at the Cat & Mutton. Among the concoctions shaken up were the Bloody Ruby (pictured) a twist on a Negroni featuring egg white and blood orange juice named in honour of Gibson’s first bar.

A band of journalists visited all five distilleries owned by Bacardi this week. The trip, organised by Quercus communications, was hosted by brand ambassador Stephen Marshall with Charlie Maclean on hand for the answers to all things whisky. Pictured is the group in the still house of the Royal Brackla distillery. 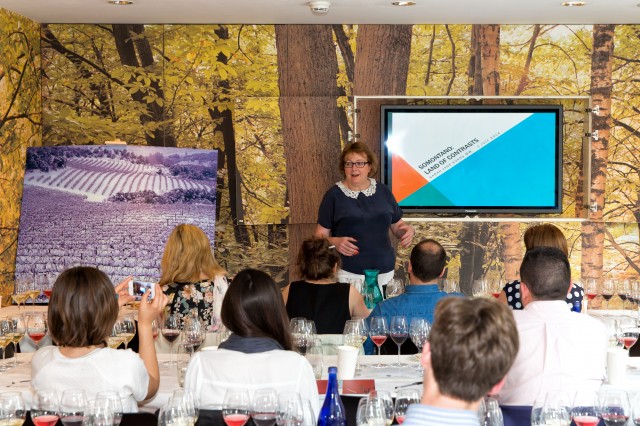 Members of the trade gathered to take part in a masterclass on cool climate wines at The Hospital Club on Tuesday, hosted by Sarah Jane Evans MW. 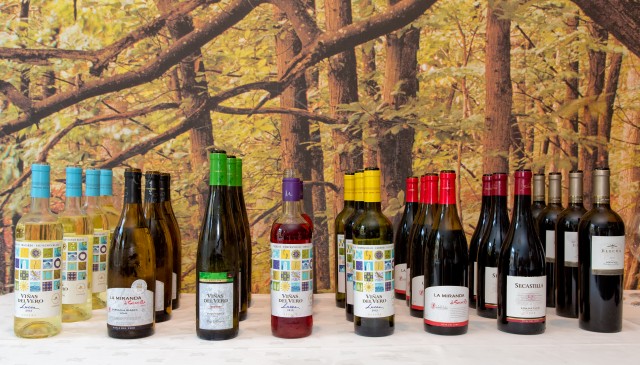 Organised by the drinks business, the event explored the Spanish wine region of Somontano. Viñas del Vero, the region’s leading winery, and its sister estates Secastilla and Blecua, are pioneers in this region when it comes to dealing with making wines in cooler climates and is at the forefront of this groundbreaking concept. 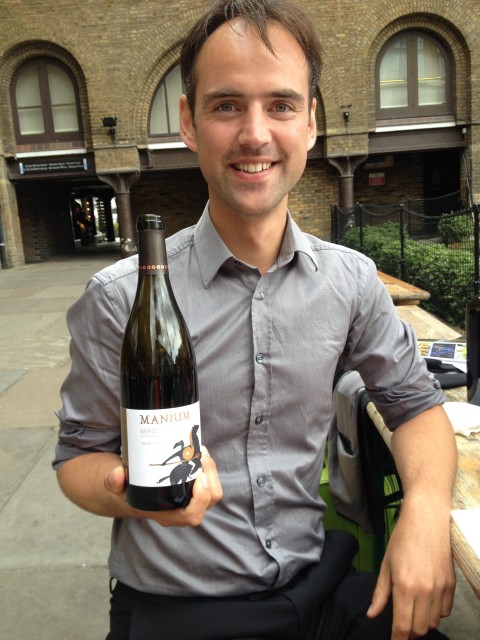 Roel Diterwich of Export Iberia models one of the many delicious Spanish wines he brings into the UK through Bancroft Wines at recently opened tapas bar Bravas in St Katherine Docks, where signature dishes include foie gras crema Catalana, morcilla sliders and stuffed quail with PX sauce. 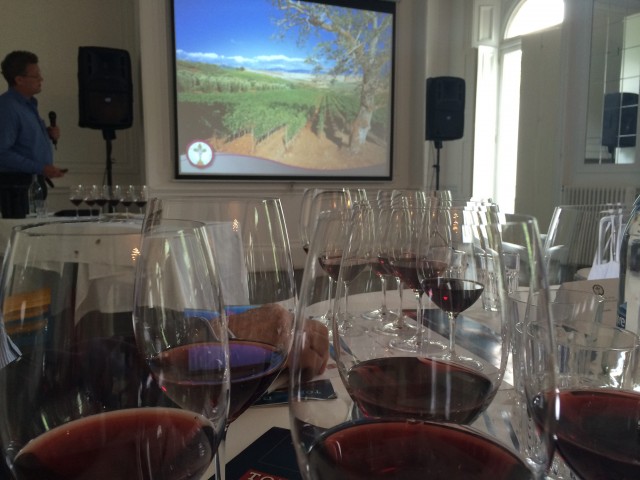 Peter McCombie MW leads guests through a masterclass on Brunello di Montalcino in London this week, where he described the region’s high profile as a “double-edged sword” when it comes to building a stronger presence in the UK. 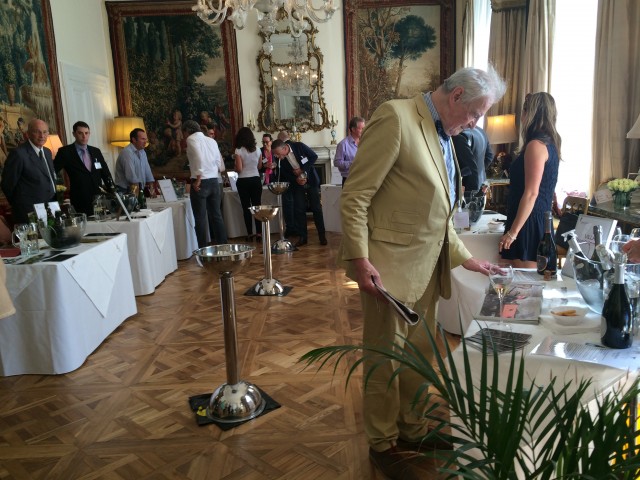 As Franciacorta came to town to show off its wines, the Italian embassy provided a suitably glamorous setting. Exports to the UK rose by nearly 30% last year and the sparkling region now has ambitions to add a further four million bottles to its total exports. 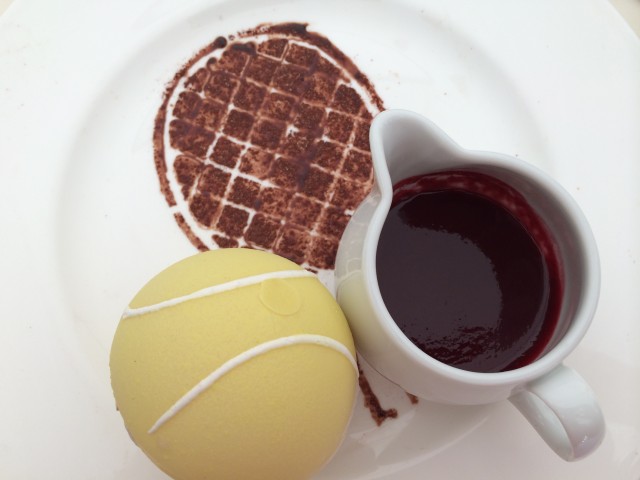 This tennis-themed pudding stole the show as a group of producers from Chablis hosted a lunch and tasting of their wines at this year’s Wimbledon championship.