A combination of high prices and consumer misconception is ensuring that Brunello di Montalcino remains under-represented in the UK market, believes one Master of Wine. 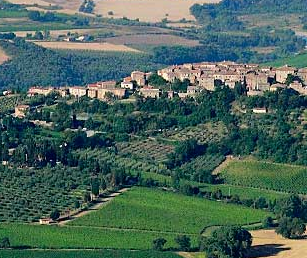 Leading a masterclass on the DOCG in London yesterday, Peter McCombie MW quoted figures from the Consorzio del Vino Brunello di Montalcino which indicated that just 2.5% of the region’s production is exported to the UK.

Apart from the domestic market, which accounts for 35% of Brunello’s vinous output, the US has traditionally been this Tuscan region’s biggest export customer with a 25% share of production. However the UK still lags some way behind other major wine markets such as Germany, which absorbs 7.5% of Brunello’s average volume of 9 million bottles per year.

Analysing this relatively small representation for Brunello in the UK, despite the region’s high profile, McCombie suggested that price – and specifically the perception of value – was the main factor holding it back.

“Italy traditionally has had a problem convincing the UK market that it’s worth spending serious money on wine,” he remarked. “Yes you have a certain amount of interest in things like the Super Tuscans but the top end of the market has always been about France.”

In addition, continued McCombie, “a lot of these wines tend to be found in restaurants and with mark ups that can mean they’re not cheap.”

Describing the region’s high profile name as “a double edged sword,” he suggested: “People know the name more than they know the taste. People think they know Brunello, but they often think it’s about power. It can be about power, but it can be more interesting.”

To illustrate this point, McCombie pointed to a number of winemaking trends in evidence within Brunello at the moment. “Yes there are small barrels but people are starting to move away from barriques to tonneaux, so 225 litres to 500 litres, and sometimes even the larger botti as well,” he reported.

Another significant development, according to McCombie, is that “people have realised that a long post-ferment maceration can be good for Brunello.”

Explaining the significance of this, he observed: “You might think it would make the wine too tannic but the tannins polymerise so the tannin that stays in the wine is less reactive because it’s larger molecules so even though the levels of tannin remain high, they actually taste less aggressive.”

Maria Grazia Iannucci from the Consorzio del Vino Brunello di Montalcino, outlined the organisation’s current export focus. “The US and Canada are going very well”, she reported. “Next year we’re going to invest in China and Japan, which isn’t growing as fast as China but is a more sophisticated market.”

The Brunello consorzio recently teamed up with its counterpart in Franciacorta for a three-year joint promotional programme called “Top of the DOP”. So far this partnership has conducted tastings and seminars in the UK and Germany, as well as organising trade trips to their respective regions.

“It’s complementary,” explained Grazia of the collaboration. “Both are big names in valuable and traditional areas for wine production.”