Franciacorta’s consorzio believes it can “easily” increase sales by four million bottles as the Italian sparkling wine region continues to step up its push into export markets. 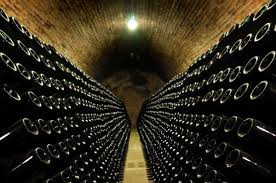 According to consorzio figures, volume shipments of Franciacorta to the UK in 2013 rose by 27.7% last year, driven mainly by brut styles. Although Italy remains its largest customer by far, overall the region saw exports grow by just over 14%, accounting for 1.3 million bottles of its 14m total sales.

“We can go easily up to 18m bottles,” consorzio president Maurizio Zanella told the drinks business. What’s more he added, “Those extra four million will go to export markets where at the moment we are still unknown.”

Assessing the region’s performance since it opened a UK office last year, Giuseppe Salvioni, director of the Franciacorta consorzio said: “Before that time we had never invested a penny in the UK. We are a baby so we had to learn what to do abroad from countries nearer to Italy.”

After channeling its focus initially towards Switzerland four years ago, the consorzio then extended its first activities to the US and Japan before eventually turning its attention to the UK. Explaining the importance of establishing a foothold in this market, Salvioni observed: “You cannot be a big world brand if you’re not in the UK.”

Franciacorta’s largest export market is currently Japan on the grounds that, according to Salvioni, “the historic strength of Champagne is not so strong in Japan as in other countries.” Indeed, he noted: “Japan’s sparkling wine consumption is 10% of the UK, but our sales there are 20 times bigger and we have a higher average price point.”

As for the region’s strong surge in the UK, Salvioni acknowledged this was from a small base, but noted: “two peanuts are better than one. We are satisfied but we have a long way to go.”

Declaring himself “confident” that Franciacorta can continue to build on its recent UK growth, he highlighted three main areas of focus. “The first is to enlarge our distribution network so that it’s not just specialists in Italian wine,” explained Salvioni.

In addition to encouraging those already stocking wines from this region to expand their range, he also pointed to the importance of making sure the wines are offered by the glass in a greater number of outlets.

Helping this effort, believes Salvioni, is the fact that his country is enjoying a period of being viewed as a desirable source, whether for wine or fashion. “Italy in the last few years has become much cooler,” he suggested. “We want to claim the ground of the right price and quality with something different that’s trendy and cool.”

On the quality front, Salvioni highlighted the absence of any industrial scale producers or co-operatives as allowing this DOCG to impose particularly stringent measures. “In the last 20 years our production rules have changed four times to make things much stricter,” he noted.

The latest step, which has been approved by the consorzio and, if cleared by the EU, is expected to come into force within the next two years is an increase in the minimum proportion of Pinot Noir permitted in rosé blends from 25% to 35%.

Although the campaign’s UK focus will remain on trade communication for the moment, Salvioni confirmed: “In the coming months, or maybe even years, we will have to enlarge our activities to high end consumers.”