Time of reckoning: Drinks companies prepare to face the music

As the financial year draws to a close later this week, which of the world’s major drinks companies will reveal holes blown below deck? And which outfit is expected to announce one of its “best years yet”? 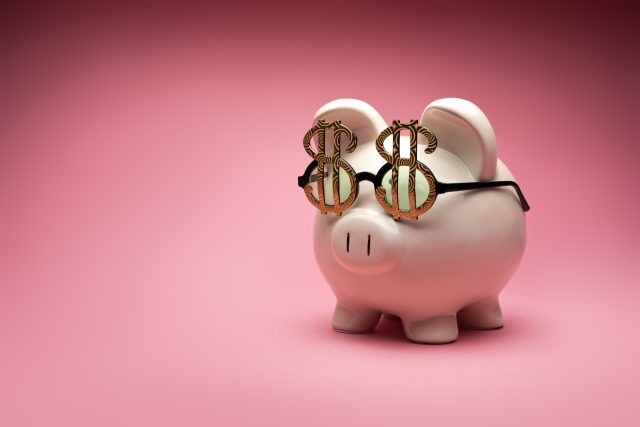 It has been a poor six months for investors. Since New Year’s Day, world stock markets have shed almost 20% of their value.

The global post-coronavirus slowdown, inflation caused by the shortages of raw materials and soaring national debt along with transport bottlenecks, the decline in the value of sterling and the war in Ukraine have all combined to serve up a hard dose of economic reality.

Among the international indexes, London’s FTSE100 looks to have held up comparatively well, falling just 3.7% l despite the gloomy forecasts about Britain’s economy.

To put that in context, the London market took a pounding in mid December while Wall Street and Paris, both of which have lost about 16% so far in 2022, did not start their sell-offs until Russia invaded Ukraine.

How have the shares of the global beverage alcohol groups fared? Most of the big players are keen to emphasise that their businesses are operating at much higher levels that in 2019 before the coronavirus pandemic struck, even though they continue to face a much depressed market in global retail.

Despite all groups expressing cautious optimism about the future, none of the shares ended the first six month of 2022 in positive territory.

Both Brown-Forman and Constellation Brands had suffered from lacklustre enthusiasm among investors in 2021, so their fundamental values were reflected in the fact that they both lost only 4.6% since January.

In the last six months, Brown-Forman’s fortunes looked up on the removal of punitive tariffs on Bourbon in the tit-for-tat spat about steel and aluminium. It also announced the launch worldwide next year of “Jack and Coke”, the RTD of the popular mix in conjunction with Coca-Cola, which has considerable potential and is causing ripples in the canned cocktail market.

Neither factor boosted the shares, however, but served to underpin them.

Much the same can be said for Constellation Brands, where analysts will be looking keenly at its results later this week. Its premium Mexican beer portfolio based on the Corona and Modelo brands continues to grab market share in the premium sector, and its concentration on premium wines has begun to pay off. But doubts remain about its US$4 billion investment in Canadian cannabis producer Canopy Growth.

Investors and analysts are predicting a 7% rise in revenues compared with last year and will be eager to know whether the board has come to a view on the Sands’ family proposal to end Constellation’s two-tier share structure through an offer which would still leave them in effective control of the company.

At the other end of the spectrum, the drinks companies based in mainland Europe all saw their shares out of favour over the past six months.

Pernod Ricard is down by about 16%, despite making a number of positive moves, including unveiling its huge investment in data harvesting and usage.

Not only that, but Chairman and CEO Alexandre Ricard confirmed only a couple of weeks ago that he expects the financial year that ends on Thursday to be one of the company’s best.

He refused to make a measurable prediction, but analysts expect organic sales to jump by more than 16% compared with last year.

Both LVMH and Rémy Cointreau were hit by fears of a slowdown in sales of luxury goods in China. Earlier this month Rémy Cointreau announced record profits and said it was “confident” about its new financial year. But as market leader for Cognac in China, the two-month shutdown in Shanghai  and other big cities to combat a new threat from coronavirus has left a shadow over its shares, which are 21% lower than at the New Year.

LVMH chairman Bernard Arnault said the French luxury goods giant was “on a very good track” for the first half of 2022 and that he was “optimistic”. But even riding a wave for high-end goods at the start of the year,  the global economic malaise and fears about recession in China have slashed an estimated US$30 billion from his wealth this year on the back of the LVMH share slide by 20%.

Davide Campari Milano has seen a 23% cut in the worth of its shares in concert with the general European market slide.

Diageo too made a host of moves, especially announcing its new production facilities in China, North America and Ireland, as well as reorganising its portfolio in India by selling 32 brands to Inbrew.  It also continued its share buyback programme.

Nevertheless, the value of the biggest player in the premium beverage alcohol market has fallen by 10% since Christmas, despite positive hints coming out about the annual results when they are announced late next month.

Treasury Wine Estates’ shares are down by 15% despite moves to supply Penfolds to China from European and American sources and better than expected progress in refocusing its efforts in Asia to combat the savage loss of the China market to Australian wines through Beijing’s punitive tariffs. The restructuring of the US operation to concentrate on premium-end wines is also bearing fruit.

Finally, spare a thought for those who bought into iconic US craft brewer Boston Beer. Its woes on the back of vastly overestimating the hard seltzer boom in 2021 are well documented. Its shares have continued to slump this year, falling by almost 40% since Christmas.  That means shareholders are sitting on losses of nearly 75% in 12 months. Ouch.