Bimber Distillery has released a 12-year-old, pure malt whisky which has been given an additional maturation in ex-Bimber casks. 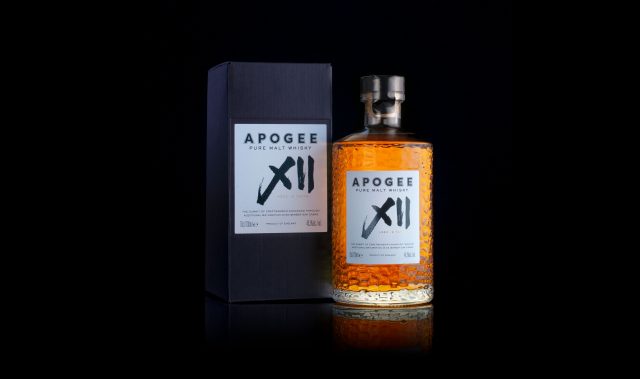 The whisky, named Apogee XII, has been created by the London-based distiller  after it sourced single malt whiskies from both the Highlands and Speyside. The whiskkies were then matured for a minimum of 12 years before being blended and then given an additional maturation in ex-Bourbon casks that were previously used to age Bimber’s single malt.

The resulting pure malt blend has been bottled at 46.3%-ABV with no colouring or chill-filtration and is presented in a hammered glass bottle that has been fashioned to imitate the surfaces of Bimber’s small copper pot stills.

Bimber Distillery spokesperson Matt McKay said: “It is no secret that as a craft distillery, our inventory of casks is growing, but is still relatively small. Apogee has been created as a response to the burgeoning demand for our products – both as a continually available expression and as an extension of our passion for the fine art of blending.”

The initial release of 25,000 bottles will be available from this month from specialist retailers worldwide and will retail at £59.95.