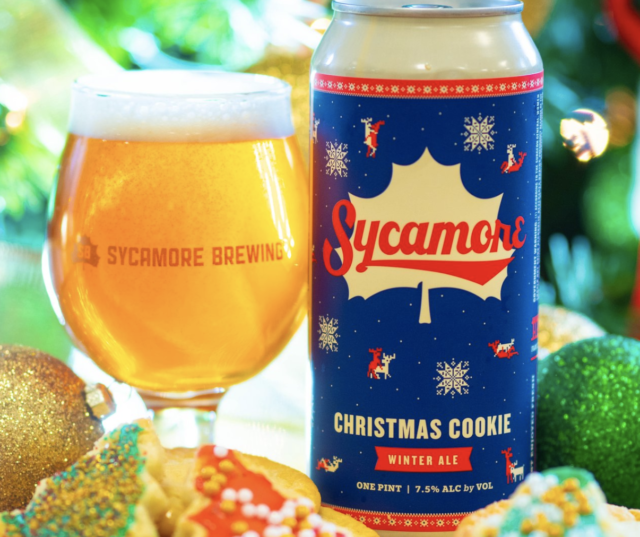 North Carolina-based Sycamore Brewing has pulled the 2019 edition of its Christmas Cookie Winter Ale after the North Carolina Alcoholic Beverage Control Commission paid a visit to its taproom and discovered the beer cans featured cartoon reindeer in sexual positions.

A limited batch of the 7.5% ABV beer was released on November 23.

Sycamore advertised the beer on its Facebook page ahead of the launch, promising fans the cream ale is “bound to make Santa jolly.”

The beer was taken off the market after an anonymous complainant tipped off local authorities, who then sent an official to the taproom to inspect the labels. The brewery had not sought approval from the Commission before releasing the cans with pixelated reindeer.

Sarah Brigham, Sycamore’s co-owner, told the Charlotte Agenda they had hoped, due to the fact that the beers wouldn’t be widely available in supermarkets and other retail outlets, they might go unnoticed by authorities.

Beer fans voiced their support for the brewery on Facebook. Michael Hall commented: “nothing wrong with Deer frolicking. The cans themselves will become collectables.”

Many more asked where they will be able to get hold of the lewd brews.

Sycamore then took to social media again on Friday (6 December) to explain that the beer would go back on sale over the weekend after they have “been re-labeled with last year’s G-Rated can art.”

Fortunately, Bringham said, the beers were covered with labels that could be peeled off to reveal the original risqué artwork underneath.

Sycamore sold all 1,900 remaining cans at a festive pop-up event on Sunday 8 December.

It is not the first time the state’s authorities have come down hard on lewd beer labels. The Commission banned the sale of a popular Utah beer called ‘Polygamy Porter’ in July, on the grounds that polygamy itself is illegal.