The North Carolina Alcoholic Beverage Control Commission has banned the sale of a popular Utah beer called ‘Polygamy Porter’ in the state on the grounds that polygamy itself is illegal. 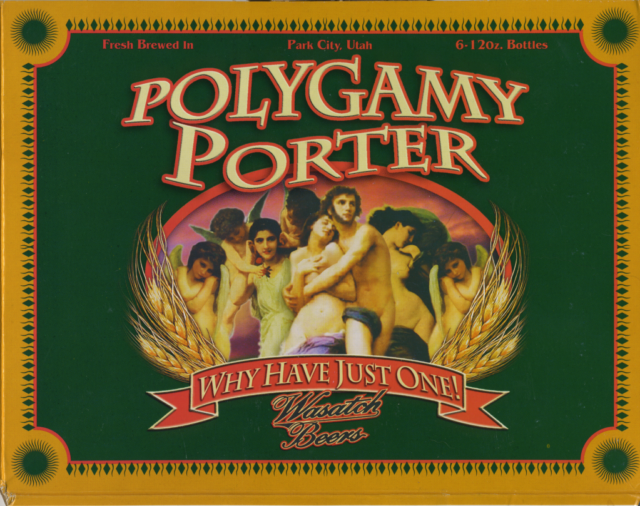 The beer has been brewed by Wasatch Brewery in Utah since 2001 and is currently sold in 20 states but in applying for a licence to sell the beer to a bar in North Carolina, the alcohol commission failed to see the funny side and aid in a rejection letter: “Polygamy is illegal. Therefore these products will not be approved.”

The branding for the beer features a collage of modified classical paintings to depict a man surrounded by some scantily clad women alongside the tag line, ‘why have just one?’

This is (one hopes) a suggestion to have a couple of beers but it also plays on the association between Utah and the Church of Jesus Christ of the Latter-Day Saints (Mormons) who famously used to practice polygamy.

Mormons are not now allowed to have multiple wives and members of the church can be excommunicated if they do and polygamy is illegal in all 50 US states.

A spokeswoman for the brewery, Lauren Boyack, said: “We are in on the [polygamy] joke here in Utah. It’s just a fun beer name and it certainly is not meant to promote illegal activity.”

The brewery plans to appeal the decision at a hearing next month.