Majestic’s Ealing store, which is being sold to property developer A2Dominion, is set to be redeveloped as a 25 storey residential block of flats, if planning permission is granted. 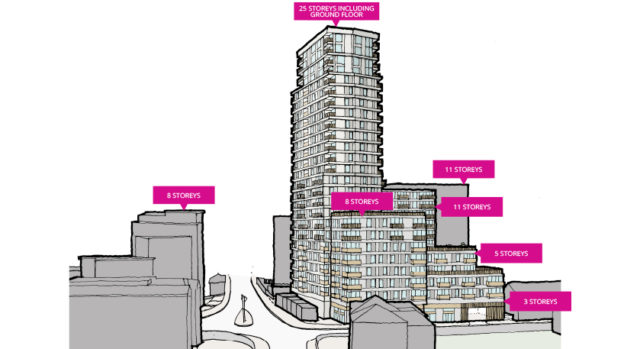 The freehold site on 41-42 Hastings Road site is being sold by Majestic to the independent property developer for £7 million plus potential overage payments (a percentage of the increase in value following the granting of planning permission), with net proceeds expected to raise at least £5 million in cash, the company confirmed on Friday 2 August.

Db understands the sale was agreed in or before May but only announced earlier this month, and Majestic said that completion of the sale was subject to securing planning approval for the redevelopment of the site.

The plans, which were opened to public consultation in the local area at the end of May, show a 25-storey high skyscraper on the site of the Majestic store and an adjacent Halfords, which will comprise around 183 new flats close to West Ealing Crossrail. Approximately 35% of the flats will be affordable housing for rent or shared ownership, the developer said, and there will also be retail space on the ground floor.

According to the consultation documents, Majestic has been given an option to stay on the site, but has not confirmed whether it intended to take it up at the time of publication of the plans

A spokesman told the drinks business today: “Once the development obtains planning permission and the timelines are clearer, we will look at how to have a presence to serve our customers in Ealing.”

According to the initial public consultation work is likely to start next year, with the build expected to be completed in 2023.

On 2 August, the wine retailer confirmed the sale of its entire commercial and retail business (except for the Ealing freehold) to US investment firm,  Fortress Investment Group, which is owned by Japanese bank SoftBank for £95million. The sale included the remainder of its stores and the company’s website, along with the commercial on-trade business, the French division (Les Celliers de Calais), and Majestic’s HQ.

Property developer a2Dominion has a long-term relationship with Ealing Council, managing more than 3,500 homes and with plans to build around 700 more new homes.