Superior sniffers: can we smell wine better than dogs?

Dr John McGann has argued that, contrary to popular belief, humans have ‘excellent olfactory abilities’ and can smell scents such as wine and bananas better than dogs. 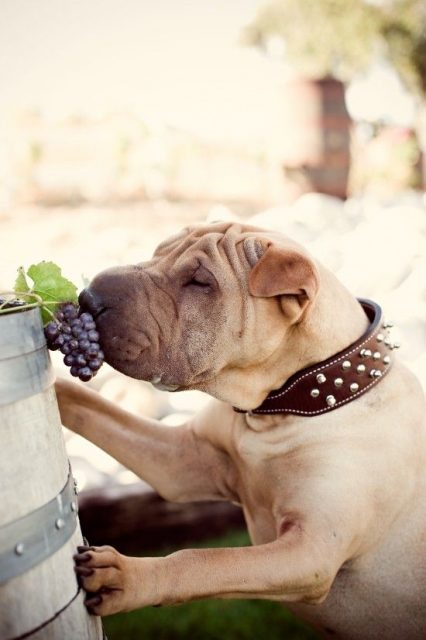 In a recent article entitled ‘Poor human olfaction is a 19th century myth,’ published in the Science journal, Dr McGann, a Psychology professor at Rutgers University, has argued that the notion that the human sense of smell is inferior to other mammals is ‘an unproven hypothesis.’

Tracing what he believes to be a falsely construed ideology back to the work of 19th century neuroanatomist Paul Broca, Dr McGann states that humans are ‘in the middle of the pack’ in terms of their sense of smell.

Studies on rats and mice have shown that the rodents possess around 1,000 different smell receptors, compared to around 400 in humans

Dr McGann, however, states that ‘the human brain has more complex [in comparison to that of a rodent] olfactory bulbs and orbitofrontal cortices with which to interpret information from the roughly 400 receptor types that are expressed.”

The focus, Dr McGann argues, should be on the type of odour selected, when comparing the olfactory performance of humans and other animals. He states that ‘when an appropriate range of odours is tested, humans outperform laboratory rodents and dogs in detecting some odours while being less sensitive to other odours.’

This may come as a surprise to many, particularly to dog owners. For instance, I found it remarkable that my 14-year-old deaf and partially sighted Whippet, from a distance of well over 200 metres, could smell, locate and then roll in the decaying remnants of a dead fish. It may, however, be all about the choice of scent.

Aside from wine, humans are also better than dogs at detecting amyl acetate, a chemical found in bananas, while they outperform mice at detecting a compound in human blood.