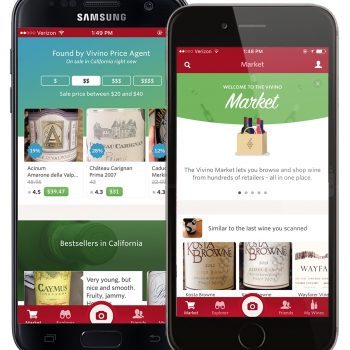 The original Vivino app was launched in 2011 to enable customers to scan a wine label into their smartphone, which would then sync to ratings, reviews and prices of wine, with the ratings sourced by its users. As the consumers searches, tracks and rates wines, a profile could be built up.

The company later launched its e-commerce capability allowing consumers to buy products they look up direct from the app. This capability would act as an ‘interface’ between the app and its retail partners, with items being sold by and dispatched by the retailer themselves.

The latest development will take the profile concept further by providing new recommendations according to the wines already rated or bought by the consumer. The company said the site aggregates all of wines from its various retail partners into one centralised ‘marketplace’ allowing users to browse a list of customised recommendations.

Heini Zachariassen, founder and CEO of Vivino, said the while the wine world was rich, invigorating and fun to explore, it could be overwhelming. As a result, he noted that when searching for new wines, consumers consistently tended to stick with wines they already knew.

“For us, personalisation is the key to getting users to come back again and again,” he said. “Our goal has always been to use data and machine learning to build a recommendation engine that is personalised and focuses on discovery.”

“We use historical preference data from ratings and reviews to provide recommendations wine drinkers can feel confident about without even needing to taste test before purchase. We are confident that purchasing through Vivino Market is as reliable as trying the wine yourself.”

The site uses algorithms to determine a user’s scanning, rating and purchase history, which alongside the ratings of its wider community, can provide a “completely curated” wine list.

“The more you scan and rate, the more accurate your personalised recommendations will be,” the company said, highlighting its similarity to the way that Netflix recommends TV shows and films to its user.

Vivino Market is currently available to users in Denmark, Netherlands, Germany and Switzerland, as well as the UK and US. It currently has around 23 million users across the world, with key markets in the US (which are around 5.2 million users), Brazil, Italy, France, the UK, which numbers around 1.2 million users, and Denmark.