Wine review app Vivino is extending its reach in the UK and US by launching an e-ommerce site to attract the millennial audience. 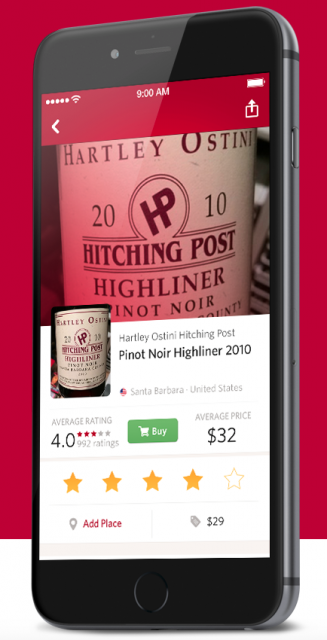 It has launched Vivino Checkout, which it claims will “change the way the wine industry interacts and sells to its customer”.

The online review Vivino app, which came to market in 2011, works by allowing customers to scan a wine label, which links automatically to ratings, reviews and prices sourced by its 20 million users, providing the user with a track of wines they have looked up to build a useful profile.

The new ecommerce arm, Vivino Checkout, which launched this week in the US and UK, now allow consumers to buy direct from the app by clicking through a green button next to a wine on the site. The wines are sold by and dispatched by a retail partner, with the two-step process acting as as interface between retailers and customers.

“The launch comes as wine drinkers are turning to the web and to their mobiles to purchase and learn about wine more than ever, a trend being led by millennials,” a company statement said.

CEO & founder of Vivino Heini Zachariassen told db the plan had always been roll out an e-commerce platform.

“The idea was that you sit in a restaurant, have a bottle of wine, you scan it and you can then buy a few bottles then and there. We thought it would be amazing to be able to do that – and we’re almost there,” he said.

“For us it is super important to have as many wines on our platform as we can and we want to be able to have that green button on them.”

Currently the site had around 100 partners in the two markets – including 12 in the UK – but Zachariassen is determined to see this grow. He is targeting around 100 UK retail partners in the first year, typically merchants and retailers who have a strong online presence and a good overlap of wines already rated on the site.

“We have an idea of who has the best coverage in the UK and are reaching out to them,” he added.

Given the geographical spread of its users, Zachariassen wants to grow coverage to other key markets and is set to launch the ecommerce capability into three more European countries in fourth quarter of the year. Currently its’ top markets include the US, with around 4.5m users, Brazil and Italy. The UK, which has around 1m users, is number five, he said.

A recent survey for the app found a third of millenials shopped using apps, with around 1 in 12 using apps to help them make wine purchases, with double that number downloading an app in the last year.

Furthermore, around 20% of that age group bought wine 2 or 3 times a week, providing an opportunity for producers and merchants, it found.