The wine industry as we know it today owes an inestimable debt to European knowhow and culture, but in commercial terms today’s axis leans in a very different direction. 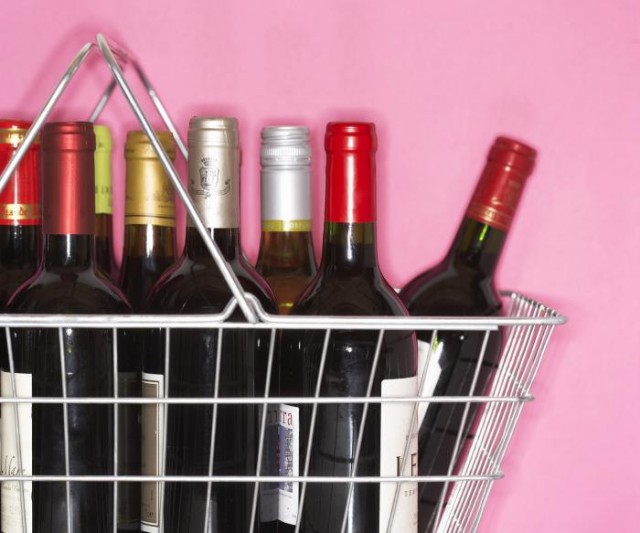 As consumers in France, Spain and Italy cut back their wine consumption, often in favour of other drinks categories altogether, global sales are being propelled forward by countries whose embrace of wine is a relatively recent phenomenon.

Last year marked a watershed moment as the US overtook France for the first time to become the world’s biggest wine consumer by volume with annual consumption reaching 29.1 million hectolitres.

That certainly helps to explain why US-based brands feature so strongly in this list and suggests that their dominance is set to grow. Indeed, recent IWSR estimates suggest that US wine consumption is due to rise by 11% over the next three years, growth that would put this market’s total at more than double the level anticipated for that former hotbed of interest, China.

Meanwhile there remains plenty of opportunity for those capable of navigating the crowded and highly competitive UK market, where a steady decline in wine consumption is due to reverse in a more positive direction this year. Although much of this growth looks set to be led by sparkling wine, especially Prosecco, IWSR predictions suggest that still wine is also due to share in this bounceback.

As if managing the fluctuating fortunes of these established markets wasn’t enough, those at the helm of the world’s biggest wine brands must also decide what role, if any, they can play in rapidly emerging markets such as Africa, where consumption is expected to rise by a third in the decade to 2018.

For the moment however, read over the following pages to discover last year’s 10 biggest selling bottled wine brands* and the latest developments that are helping them to stay on top.

“Sales figures are based on a combination of data provided by the brand and industry estimates. 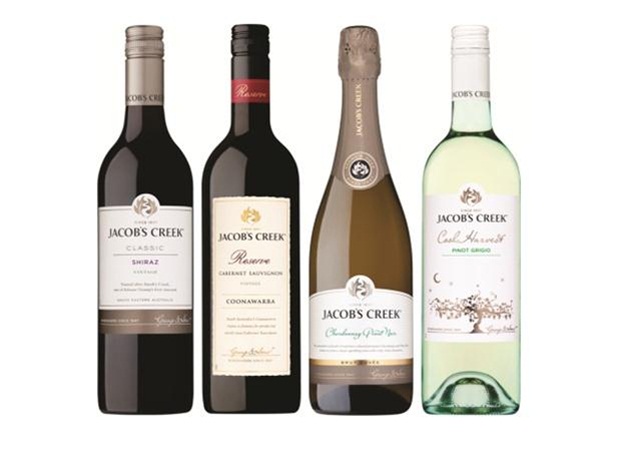 Holding onto its place in this year’s rankings despite a small slide is Pernod Ricard’s biggest selling wine brand, whose global ambitions appear to be firmly on the rise following the 2014 unveiling of its new logo.

On the product front, 2014 saw Jacob’s Creek embrace Italian varieties before further flexing its innovative muscles to draw on the spirits expertise of its parent company with the launch of Double Barrel, a Barossa Shiraz and Coonawarra Cabernet Sauvignon finished in whisky casks.

In the wake of Pernod Ricard’s high profile acquisition of Kenwood Vineyards in Sonoma, the group took a further step to strengthen its US presence by bringing Napa winemaker Ehren Jordan over the Australia in order to create a Jacob’s Creek expression specially designed for the US market. The resulting “Two Lands” range hit US shelves in March 2015.

It’s not just new product development keeping the brand busy: Jacob’s Creek signed none other than international tennis star Novak Djokovic to front the latest instalment of its “Made By” film series.

This is being backed up by a multi-million pound UK marketing campaign for 2015, also being rolled out across Canada, China and Australia, which features the people and places behind the Jacob’s Creek brand in a big to highlight its Australian heritage and provenance.

There’s been no shortage of speculation surrounding the future of this US offshoot of Australian brand owner Treasury Wine Estates, whose CEO Michael Clarke has been making radical changes to restore the troubled group to profitability.

However, any suggestion that Beringer might be in line for disposal was dismissed at the end of 2014 when Clarke confirmed the brand as one of the company’s priority focuses.

As a sign of this commitment, March 2015 brought the announcement that Mark Beringer, great-great-grandson of the Napa brand’s founder, was taking the reins as chief winemaker. He replaces Laurie Hook, who had been with the business since 1986 and will continue to consult for what claims to be California’s longest continually operating winery.

Another brand highlighted by its owner Treasury Wine Estates as a flagship focus for “driving consumer demand”, Lindeman’s has a proud history dating back to 1843, when Dr Lindeman planted his first vines in Hunter Valley.

In a bid to highlight this heritage, last year saw the brand announce an overhaul of its logo and packaging, across the range, as well as the creation of a more “vibrant and appealing” colour scheme for the Lindeman’s Bin Series.

Distributed in 22 countries, Lindeman’s claims the title of number one selling Australian wine brand in Canada, Sweden, the Netherlands and Norway.

Following its 2013 relaunch and the heavyweight investment of Accolade Wines’ owner Champ Private Equity, Hardys’ vigorous upmarket drive has showed no sign of losing momentum, even if that does appear to have come at some cost to volume.

2014 saw the brand sign a major sponsorship deal with the England and Wales Cricket Board, as well as the launch of Hardys 1853 Club, a website offering UK consumers exclusive access to top tier and mature wines.

So far this year, Hardys has unveiled new labels and a tightened regional focus for its William Hardy range, whose namesake Bill Hardy has emphasised the importance of new fruit sources, especially cooler climate sites, for the brand’s modern-day evolution.

Building value into a brand is never easy, but the strategy appears to be paying off. Accolade reported a 7% value uplift for Hardys in the UK during 2014 and a 5.7% share of the country’s total branded wine market, which the company claims is 30% larger than its nearest competitor. 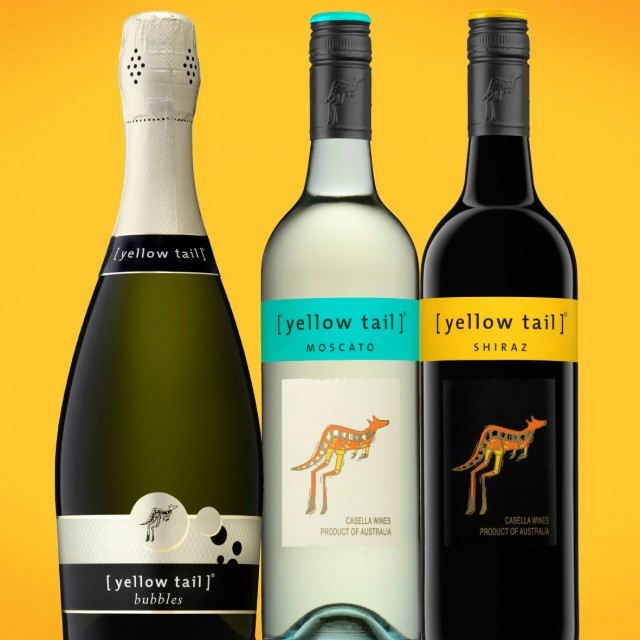 No other Australian brand comes close to challenging Yellow Tail’s power base in the US market. Around 95% of the brand’s production is sold here, leading it to account for about half of Australia’s total US wine exports.

While the strong Australian dollar posed a serious headache for Yellow Tail’s business model, that situation is now easing and the brand has maintained momentum with recent success stories such as its Spanish-inspired fruity “Sangria” style.

2014 saw the brand mourn the loss of Maria Casella, the family matriarch who helped her husband establish the Casella Family Brands business that led to Yellow Tail’s creation in 2001.

Despite the ongoing success of Yellow Tail, Casella Family Wines has recently been moving to bolster its higher end offer, buying Peter Lehmann last year and pushing its 1919 range, which retails for US$100 a bottle. 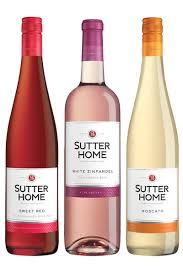 Ever since it introduced the world to White Zinfandel in the 1970s, this big hitter in the US market has always been on the look out for new styles. In 2014 the company added “Red Blend”, a mix of Zinfandel, Cabernet Sauvignon and Merlot, as its latest consumer crowd pleaser.

This launch wasn’t just based on a hunch: Nielsen data shows that red blends are growing at twice the speed of Sauvignon Blanc in the US market and six times faster than the country’s overall wine category, making up 6% of total off-trade wine sales.

Last year also saw the loss of a major figure in Sutter Home’s story, Vera Trinchero-Torres, who passed away aged 76 after a lifetime devoted to building this brand.

2015 saw Sutter Home become caught up in wider controversy surrounding a number of US wine brands which were accused in a lawsuit of containing dangerous levels of arsenic. The company itself has disputed these claims, which were described by trade association The Wine Institute as an “irresponsible publicity campaign”. 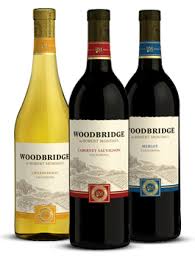 Looking beyond its core domestic market, Constellation announced big plans to develop Robert Mondavi in China through its partnership with VATS Liquor Group, renewing the brand’s sponsorship of the Asia’s 50 Best Restaurant Awards as part of its support for this oriental drive.

Back at the winery, 2015 saw Margrit Mondavi unveil a seven foot copper sculpture of her late husband, who founded the brand that was to have such a profound effect on the Californian wine industry. 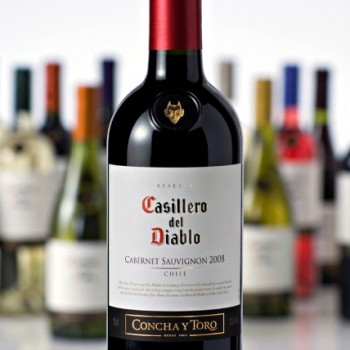 It’s been quite a year for this restless wine giant, which has been flexing its muscles both at home and abroad to keep Chile firmly on the front row.

Leading the way in the UK has been Casillero del Diablo, which entered the market’s 10 biggest selling wine brands for the first time last year and whose Cabernet Sauvignon is now the UK’s biggest selling expression of this grape variety.

Back home in Chile, Concha y Toro is looking ahead with a US$5 million investment to build a new research and innovation centre in Maule, a location that reflects the company’s belief that the industry’s future lies in the south of the country, where water is in greater supply.

Southern Chile is certainly where Concha’s most exciting recent launches have come from. Last year saw chief winemaker Marcelo Papa announce plans to introduce a Maule País/Cinsault expression to the Marqués de Casa Concha label, with an old vine Carignan from the same region due for release in 2016.

It’s all about Millennials for E&J Gallo right now and the US wine giant’s flagship Gallo brand is playing a major role in its multi-million pound assault on this youthful demographic.

Last year, the brand’s activity was heavily weighted towards spreading the Moscato craze that has gripped its domestic market into other countries including the UK. Indeed, together with its sister brand Barefoot, Gallo claims an impressive 71% share of a UK Moscato market that it values at £22m and which grew by 70% in 2014.

On top of this, Gallo complemented its recent Summer Red and Summer White additions with the similarly seasonal 2014 launches of Summer Rosé and a “smooth and soft” Autumn Red

As for 2015, this Millennial push continues, but now the brand is seeking to woo consumers with its new 5.5% abv Gallo Family Vineyards Spritz range: a pineapple and passionfruit flavoured Pinot Grigio white and a raspberry and lime flavoured Grenache rosé.

Explaining this latest move, E&J Gallo vice-president and general manager EMEA Bill Roberts told the drinks business: “There are still a lot of people, particularly younger people, who are intimidated by wine.” Based on Gallo’s research, he observed: “there are people who aspire to the sophistication of wine, but find they don’t always like the taste. We want to break down that barrier.” 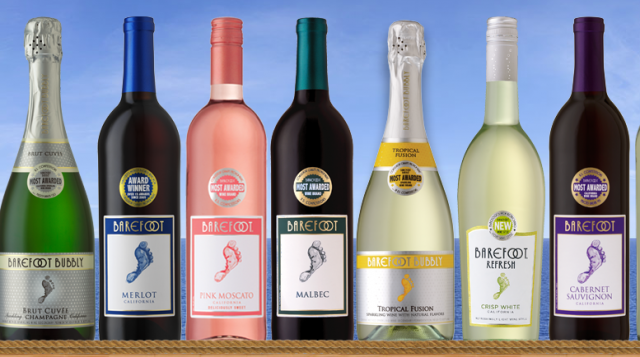 Keeping a firm grip on the top spot is E&J Gallo’s other global success story, Barefoot, which claims the title of the biggest selling bottled wine brand in the world.

While its domestic US market remains the brand’s heartland, it still boasts the top-selling Pinot Grigio in the UK. To support this, not to mention Barefoot’s ongoing Moscato push, 2015 has seen it extend its latest expression, Barefoot Refresh, to the UK market.

Featuring a “Crisp White”, “Crisp Red” and “Perfectly Pink”, the wine ticks off the fruity, off-dry appeal of Moscato, as well as the health-conscious lower alcohol trend by weighing in at 9-10% abv.

So where do all these Barefoot customers come from? Crucially, E&J Gallo vice-president and general manager EMEA Bill Roberts highlights the brand’s role as a “gateway” into wine. “A lot of people find wine flavourful but not refreshing,” he remarked. “About a third of consumers who purchase Barefoot are new to the category.”