Treasury Wine Estates’ new CEO Michael Clarke has fuelled speculation that the group may sell off its Beringer brand as he confirmed an immediate need to cut costs. 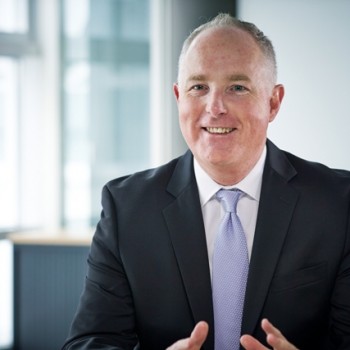 The former president of Kraft Foods Europe, who took the Treasury helm on 31 March after the departure last year of previous chief executive David Dearie, has been using his FMCG experience to carry out a thorough assessment of the wine group, which saw profits plunge last year.

“There’s a lot that needs to be fixed,” conceded Clarke as he addressed analysts just a week into the job.

While confirming that all cost cutting options remained under consideration, he suggested that Treasury’s portfolio of 83 brands, which include Penfolds, Wolf Blass, Lindemans, Wynns, Rosemount and US producer Beringer, could be too large for the group to operate successfully.

“We do have too many brands, we need to prioritise our brands and make sure the top end brands get the lion’s share of spend,” Clarke outlined.

Warning that he was not “emotionally attached” to any brand in particular, Clarke told investors: ”If those brands are better off in someone else’s hands than our hands, so be it.”

With a significant proportion of Treasury’s troubles centred on the US market, where the company recently carried out an A$160m write-down and the destruction of A$34m-worth of stock, some analysts had already picked out Beringer as a prime target in the event of a sell-off.

Among other measures, Clark also highlighted a need to trim excessive costs from Treasury’s supply chain, with a focus on improving collaboration between retailers and distributors. He noted that under-performing brands which weren’t sold off would receive an overhaul to improve value for shareholders.

”While there are a number of actions to be taken to improve Treasury Wine’s performance, my immediate focus is on running the business,” remarked Clarke. “It is however, already clear to me that Treasury Wine must take action to reduce overhead expenditure, reinvesting these savings back into consumer and brand marketing.”

Pointing to the issue that the company has “been building up overheads quite considerably over the past three or four years” since its demerger from the Fosters’ beer business, Clarke commented: “I’d like to take out some of that overhead cost and move it into consumer marketing so we can start getting momentum in some of our priority brands in the portfolio.”