Mark Beringer has been appointed chief winemaker of Beringer Vineyards in California’s Napa Valley, the winery founded by his great-great-grandfather in 1876. 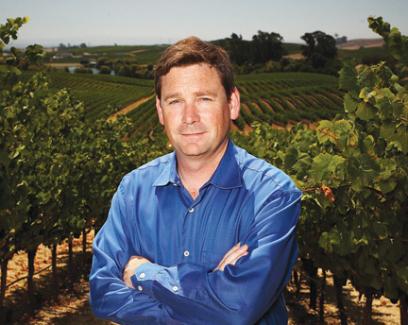 Starting the role on 20 April, Beringer replaces the estate’s current chief winemaker Laurie Hook. While bearing the Beringer name, Mark was most recently the chief winemaker of Artesa Vineyards in Carneros, owned by Cava producer Codorníu.

Prior to Artesa, Beringer worked as a winemaker at Duckhorn Vineyards in Napa.

“It’s an honor to step in and continue the legacy of winemaking that Beringer has long been known for.

“I’m incredibly excited to craft wines that reflect the best of Napa Valley, the same sentiment that led my great-great-grandfather, Jacob Beringer, to establish Beringer in 1876,” Beringer said.

Having joined Beringer in 1986, becoming winemaker in 2008 and chief winemaker in 2008, Hook will continue to advise on winemaking and represent the winery, which is owned by Treasury Wine Estates, at key events.

“I’m looking forward to my next challenge and while this transition will be bittersweet, I’m confident our extraordinary collection of vineyards and commitment to innovation will live on under Mark’s leadership,” she said.

“We’re thrilled to have Mark Beringer on board. His depth of experience and enthusiasm will serve Beringer well as we enter this next chapter.

“We thank Laurie for the passion, dedication and expertise she has given to Beringer Vineyards,” said Sandra LeDrew of Treasury Wine Estates Americas. Beringer is the longest continually operating winery in California.