Accolade Wines is to relaunch the Hardy’s brand in June next year to highlight its heritage and promote its top tiers.

“Hardy’s is the crown jewel and we really need to focus on developing a better brand hierarchy for Hardy’s,” newly-appointed UK general manager for the company, Paul Schaafsma told the drinks business.

“The brand started in 1853 with Thomas Hardy leaving Devon to move to Australia, and when you read through the history, there is more heritage than Penfolds, and I think we can do a better job at communicating the heritage of the brand,” he continued.

Referring to the brand’s top tier – Eileen Hardy Chardonnay and Shiraz – along with other upmarket labels within the range, such as Tintara and Oomoo, Paul said the company makes “cracking wines”.

“There is an opportunity to create a more premium presence for the brand,” he added. 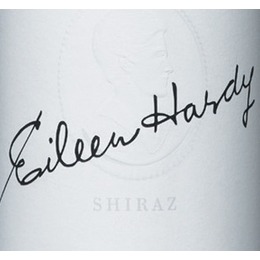 “We will relaunch the Hardy’s brand in June next year focusing on highlighting the premium credentials of Hardy’s and its heritage.

“It’s a major piece of work but it’s very important that we do this and Accolade Wines recognise the opportunity.”

As for the changes, Paul said that the company “won’t be reinventing the wheel but enhancing the existing brands.”

He also admitted that Hardy’s would introduce a regional varietal range next year in addition to the existing sub-brands.

Meanwhile, Paul told db he would be reproducing a book on the Hardy’s family history for employees of the company.

“I want everyone in the company to read it cover to cover,” he stated.

“When Bill Hardy told me his ancestors had spent their lives building the Hardy Wine Company it moved me, and inspired me to create fantastic distribution for the brand,” he said.

At ProWein in March, Accolade unveiled a new label under the Hardys brand called William Hardy.

Bill Hardy, aged 65, came over to Germany to present the wine, which is designed to sit at the top of the Hardys core range.