Australian brand Hardys has announced a major three-year sponsorship deal, which makes it the official wine partner of England Cricket. 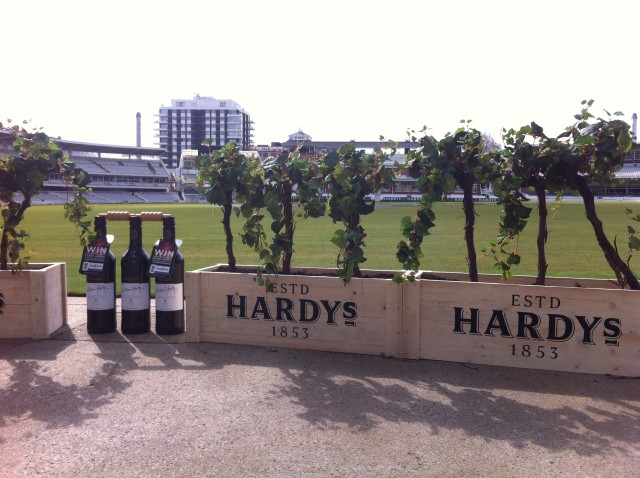 The agreement will give Hardys a high profile presence during England’s Test and T20 series against Sri Lanka and India this summer. It mirrors a similar move by the brand at the end of last year in its domestic market, where Hardy’s is now the official wine of Cricket Australia.

Announcing the deal at Lord’s Cricket Ground, Accolade Wines general manager Paul Schaafsma revealed that this core partnership with the England and Wales Cricket Board will be supported by additional agreements between the brand and Sky Sports, as well as a partnership with former England captain and “passionate wine man” Sir Ian Botham.

The brand will run a “fully integrated” marketing campaign around England’s summer international fixture schedule, with activities set to include tastings, advertising and the chance to win match tickets through a competition on bottles of Hardys.

With a particular focus on using this partnership to gain greater exposure for its higher end wines, Hardys is also launching the “1853 Club”. This offers cricket fans the chance to buy a number of its “premium level” wines whose supply in the UK is limited. A further profile building exercise for the brand’s upper tier wines will see its Eileen Hardy range served to guests in Lord’s famous Long Room.

Among those present for the announcement was Bill Hardy, brand ambassador and great-great-grandson of the brand’s founder Thomas Hardy. Describing himself as “very excited” by this latest cricket tie-in, Hardy remarked: “It is a sport close to my heart and has been enjoyed by the many generations of the Hardy family.”

Meanwhile, Schaafsma added further explanation for the deal, noting: “Not only does the sport celebrate a rich heritage similar to the brand’s, but it is also one of the country’s most popular sports and provides us with a fantastic opportunity for exposure, sampling and sales.

“We are fully committed to maximising this partnership and look forward to sharing exciting marketing plans in due course.”