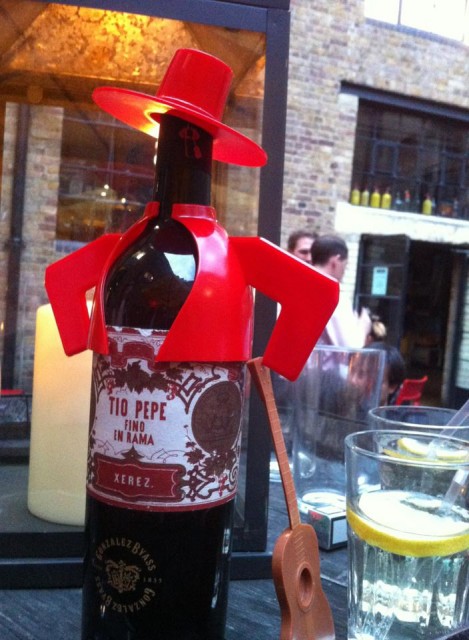 King’s Cross Sherry shack Bar Pepito celebrated its 4th birthday in style this week with copious copas of Tio Pepe fino served by venenciadors and lashings of jamón in the sunshine. 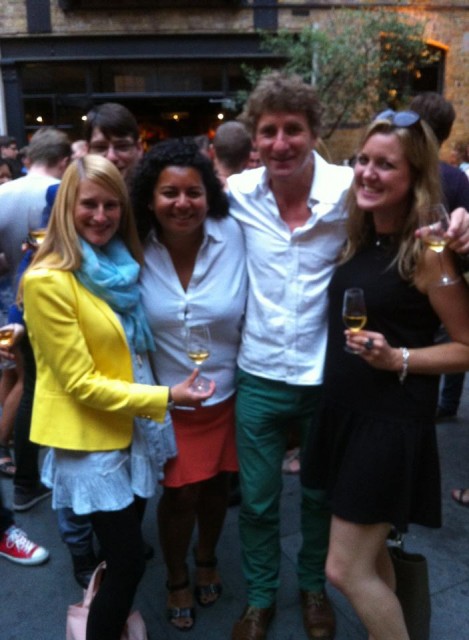 Champagne Lanson glammed it up at Henley this year serving guests from their very cool cool customised Citroën H Van ‘bar’. The Champagne house was this year’s Official Champagne Sponsor of The 2014 Henley Festival. 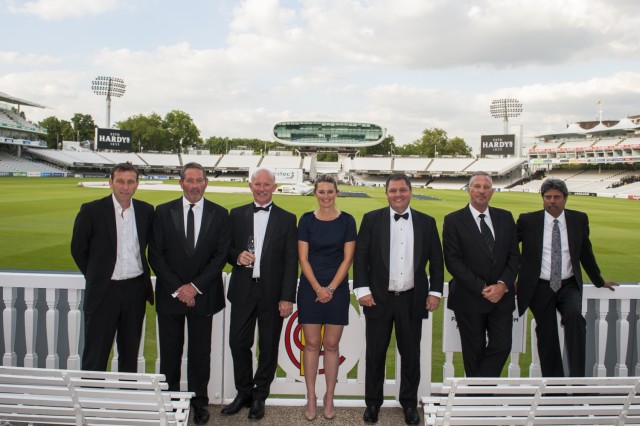 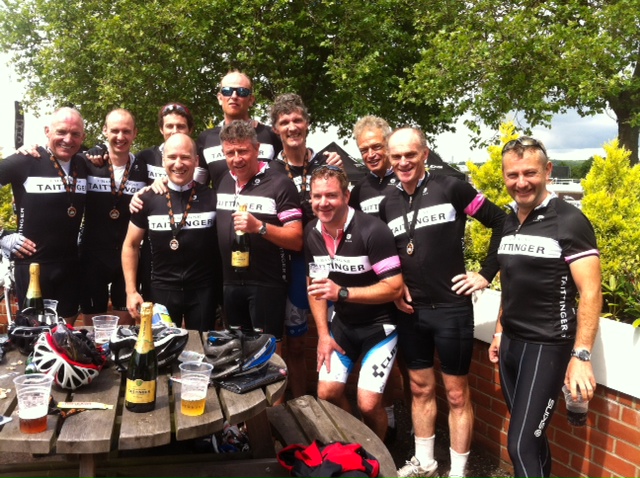 Hatch Mansfield and Majestic went head to head in a cycle race as part of the Wiggle MagnifiCat Sportive in Newbury last Sunday – a 200km race through the Hampshire countryside. After battling through its gruelling course, with climbs of around 6,500ft, the Hatch team were victorious. The two teams celebrated crossing the finishing line with a bottle or two of Taittinger – their official sponsor. 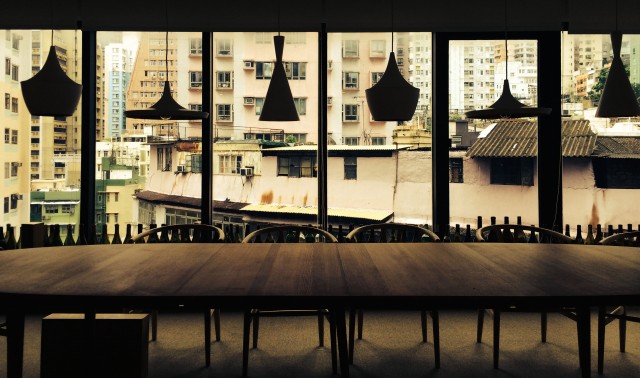 Over in Hong Kong, importer and distributor l’Imperatrice held a party for its private clients and the press to celebrate the opening of its new tasting room at its Sheung Wan offices. 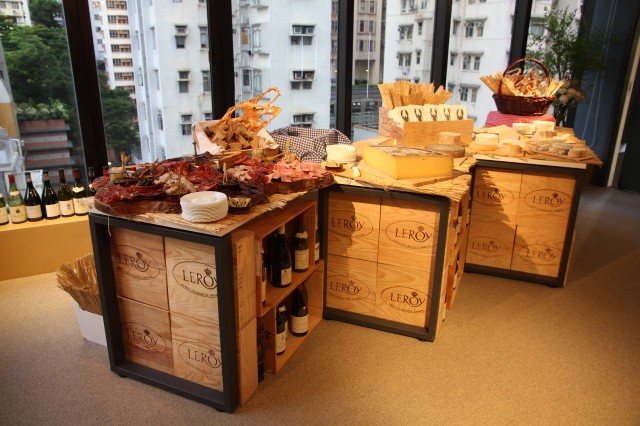 There was an impressive array of charcuterie and cheese on offer – fans of comté are allowed to go green with envy when they look at the middle table. 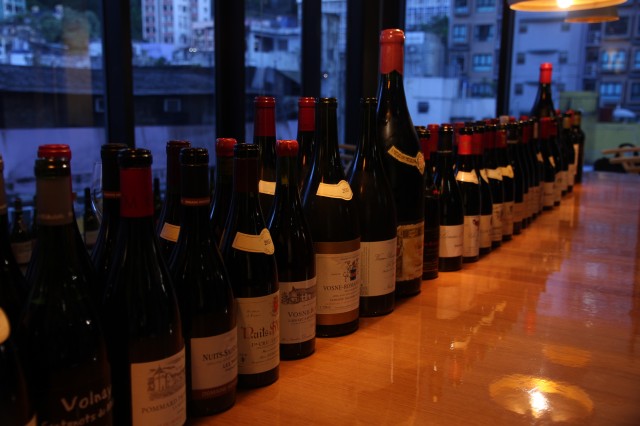 The main course though was a Burgundy-dominated line-up of wines, several of which were featured in db‘s Wines of the Week. 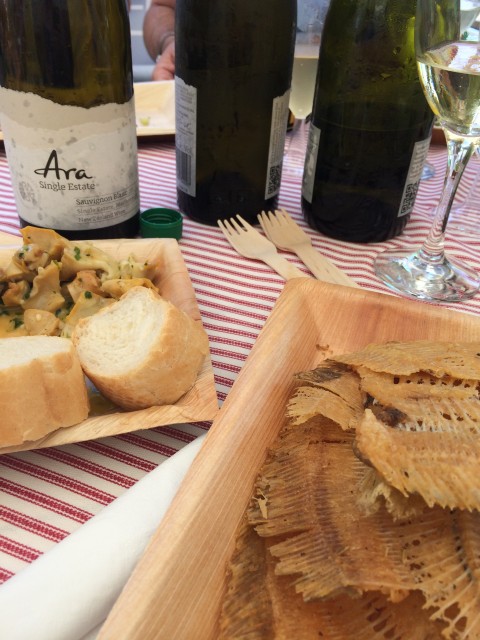 Among the dishes matched with the Ara range were sea snails (left) and this fishy alternative to pork scratchings (right). 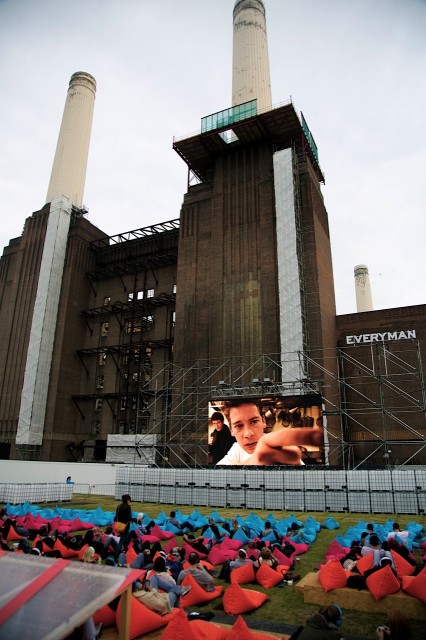 Team db‘s Neal Baker went along to Battersea Power Station for the cinema trip to remember this week. Billed as one of the last series of events before the redevelopment of the iconic London landmark, the Everyman Cinema ‘Power of Summer’ – sponsored by Heineken – is an outdoor festival of film within the grounds of Battersea Power Station complete with street vendors serving food themed to that evening’s performance. On his visit, Neal enjoyed a ‘Resevoir HotDog’ — need we say what film was showing? 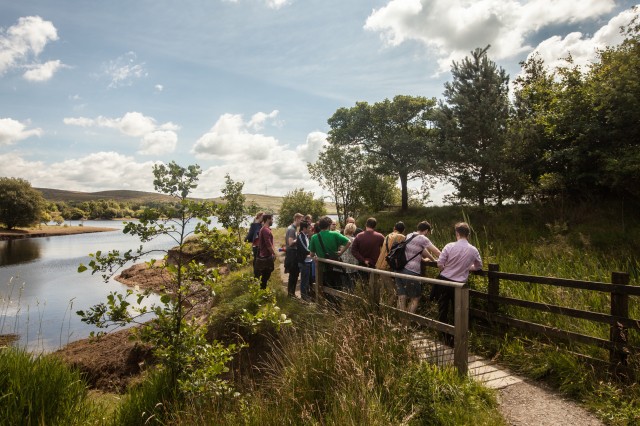 Some of Manchester’s top bar tenders were taken into the countryside on a field foraging masterclass this week to physically forage for the unique wild botanicals used in Caorunn Gin before heading back to the city to create bespoke cocktails. 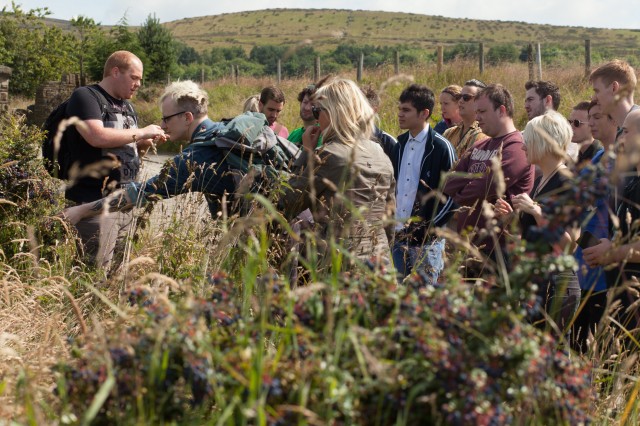 It was the first in a series of masterclasses to be hosted by Caorunn Gin as part of a global initiative to raise awareness of its unique botanicals. Further sessions are to be held in London and Edinburgh.

Henley pub operator and brewer, Brakspear, presented a cheque for £800 to Henley in Bloom this week raised from sales of its Blooming Marvellous ale during the town’s annual Regatta. Funds raised will go toward supporting Henley’s ‘Going for Gold’ campaign to achieve a gold medal in this year’s Britain in Bloom competition. 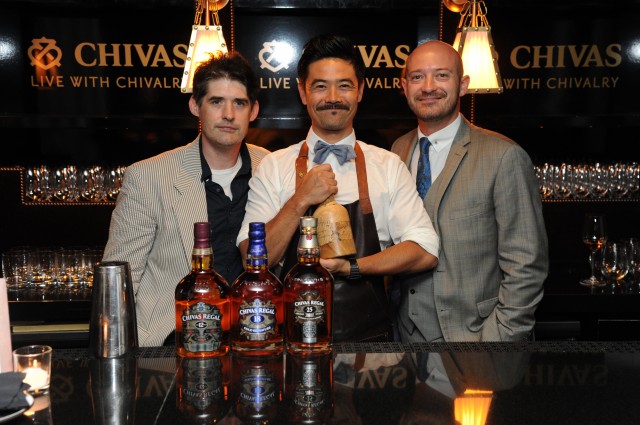 American bartender, Masahiro Urushido, was crowned Chivas Regal’s first ever Chivas Master this week after winning the whisky brand’s inaugural bartender competition held at the NoMad hotel in New York on 15 July. Urushido took home the title following a hotly-contested final which saw him compete against 12 other international competitors, ultimately impressing the judges with his ‘New Pal’ cocktail.