Tasmania’s vineyard area “could easily get 10 times bigger,” according to winemaker Andrew Pirie as the Australian state embarks on a major push for outside investment. 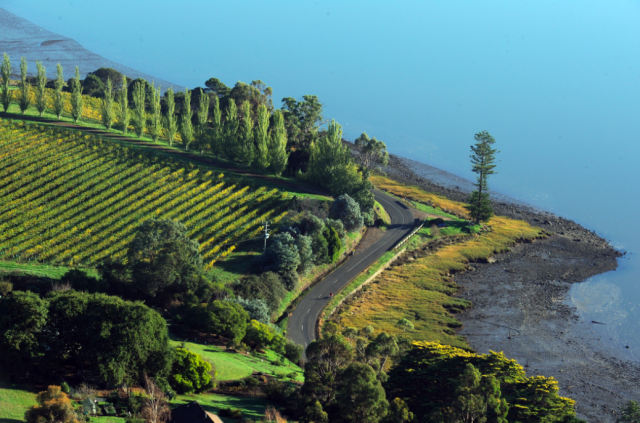 As noted by the drinks business last year, Tasmania’s cool climate and plentiful water supply has already proved attractive to Australian investors such as Brown Brothers and Shaw & Smith.

However, Pirie also highlighted some attractive commercial strengths. “We’re one of the few regions of the world that’s still short of production,” he remarked of the healthy demand for Tasmanian wines, which in 2011/12 achieved an average export price per litre of A$13.16, compared to Australia’s national average of A$4.40.

In order to accelerate the vineyard expansion needed to meet demand, the state is now stepping up efforts to attract the attention of producers from further afield, especially France.

“We want them to bring the knowledge they have with them and that will help speed up new development,” explained Pirie.

With around 1,600 hectares of vineyard divided between 160 licensed producers, Pirie observed: “There are whole new areas opening up.” In particular, he cited strong potential for the area around Devonport in the north of the country, saying: “It’s a perfect sparkling area and just starting to fire up now.”

At the moment around 40% of the state’s wine production is sparkling wine, while approximately 35% of its vineyard area is taken up by Pinot Noir. However Pirie also flagged up Riesling as “an unsung hero,” saying: “We’d all like to see more.”

Drawing a contrast with the prevalence of cross-regional blending in the rest of Australia – a tradition that has recently seen major companies such as Penfolds increase their use of Tasmanian fruit in certain wines – Pirie remarked: “Tasmania has always been a bit more terroir-focused.”

For now, the entire state is covered by a single Geographic Indicator (GI). With total production accounting for less than 0.5% of Australia’s output, Pirie explained: “We’re so small that if we were to further split it we’d lose our marketing focus.” Nevertheless, he added: “A real sub-regional story is unfolding.”

In line with this, Pirie marked out the wetter climate in the north-east of the country as being generally better suited to sparkling production. Meanwhile the similar temperatures but drier conditions of south-east Tasmania lend themselves to red wines in particular.

Setting Tasmanian Pinot Noir within the context of other examples of this variety from around the world, Pirie suggested: “What defines them is cool climate; they’re not jammy. There’s a high acid that you don’t get outside Burgundy very much.”

Having played a major role in the development and international profile of Tasmanian wine, first with Pipers Brook and then Tamar Ridge, last year saw Pirie launch his latest project, Apogee, which he hopes will take the state’s terroir focus to the next level.

Represented by just 2ha of vineyard in the north-east of the island, close to producers such as Jansz and Clover Hill, Apogee’s creation was motivated by what Pirie described as “the constant attraction of new sites – I believe our ‘grand cru’ sites are yet to be planted.”

Emphasising his focus on a “high intensity, hand operation,” he told db: “it’s all about quality, not scale.”

Having produced their first vintage in 2010, the Apogee vineyards are predominantly planted with Chardonnay, Pinot Noir and Pinot Meunier, which produce a A$50 sparkling white and, in the near future, a sparkling rosé priced at around A$60.

Pirie has also planted a small quantity of Pinot Gris for still wines. Explaining his preference for this variety over Chardonnay for still wine production, he commented: “I was looking for something that would be ripe and generous on a cool site. Pinot Gris loses acidity more quickly than Chardonnay so you’re more likely to get a softer table wine.”

As a result of the small scale operations that characterise Tasmania’s wine industry, Pirie suggested to the drinks business that no more than “10 to 20” producers currently have the resources to cultivate an export focus.

While the UK has historically been Tasmania’s largest export market, 2011/12 data from the Australian Wine Exports Council show that it has now been pushed into second place behind China.