For the past year or so, pundits have been predicting a new round of consolidation in the spirits sector. It would be triggered, they forecast, either by Diageo swallowing Jose Cuervo or by Beam Inc being broken up. 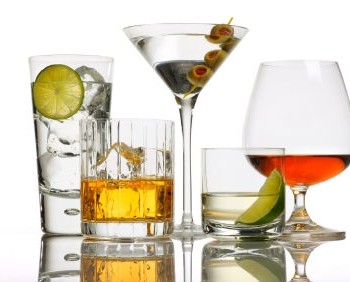 The former is said to be just a matter of days away but the prospects of a break-up bid for Beam have diminished as the company itself expands. More importantly, however, the process of consolidation is well underway already.  It is based on accelerating profits and burgeoning balance sheets on the back of buoyant sales, especially in emerging markets.

Paul Walsh, Diageo’s chief executive, has set the end of this month for sorting out the future of Jose Cuervo, whose distribution rights Diageo holds until next year. The market consensus is that he will pay up to £2.3bn for the world’s No 1 Tequila. But Walsh has not been sitting on his hands. Recently he paid £300m for Ypioca, a premium Brazilian cachaca brand and also grabbed a boutique American maple-flavoured whiskey, Cabin Fever. That follows last year’s £1.3bn payout for Mey Içki, the Turkish raki producer, and the full takeover of China’s Shui Jing Fang.

While each of those deals was as much about buying distribution networks in fast-growing regions for Diageo’s premium brands, notably Scotch, as about the local brands themselves, Walsh freely admits he would like to buy the 66% of Moët Hennessy he does not own if LVMH ever wanted to sell. Nor would he mind Jim Beam bourbon itself or – if the Cuervo deal falls through – Beam’s Sauza, the second biggest Tequila. In addition, Diageo is considering listing its shares in the Far East (probably in Hong Kong) to improve its visibility to Oriental investors and further bolster its financial standing.

Both Rémy Cointreau and LVMH have announced bumper profits in the past few days while Diageo and Pernod Ricard close their books for the financial year at the end of this month. Nobody expects them to undershoot their profit forecasts when the figures are announced in August. And while the French group is not looking to make a “transformational” acquisition, the fact that its debt is down to a normal level following the 2008 takeover of Vin & Sprit means it can’t be counted out if the right deal appears. Meanwhile, it has secured its position in Korea by buying full control of the local distributor.

Rémy Cointreau too has quietly cleared the decks for a strategic purchase to bolster its portfolio. It has concluded a share buyback programme and is sitting on almost £100m of equity that it could use in a takeover without diluting existing shareholders’ stakes. Davide Campari has also built a strategic war chest now that Wild Turkey is a fully integrated lever for the rest of its portfolio, especially in North America.

In its first year as a stand-alone company, Beam has paid just over $600m for Pinnacle vodka and Calico Jack rum to take its spending this year to more than $700m after completing the purchase of the Cooley Distillery, which makes Kilbeggan Irish whiskey.

And then there is the question of what will happen to United Spirits (including Whyte & Mackay), VJ Mallya’s beleaguered group that is a dominant force in the Indian market. It needs to sell some assets to reduce a debt mountain, and while Diageo is a rumoured purchaser, Walsh seems to be in no rush. There is already plenty happening.