As the world has lurched from one seismic event to another – from the Covid-19 pandemic to the Russian invasion of Ukraine – the fine wine market has stayed remarkably robust and resilient. At the dawn of 2023, however, that could be about to change. 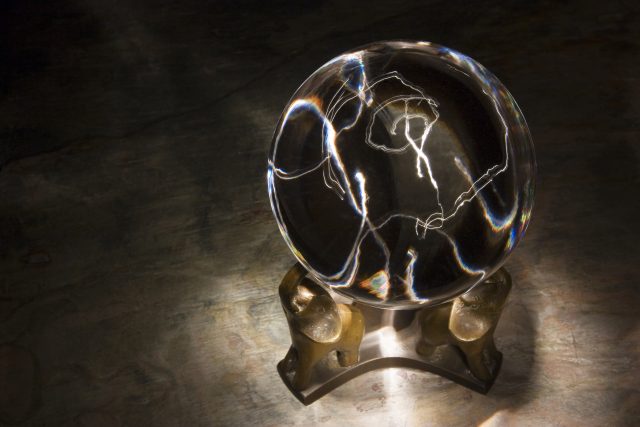 Liv-ex’s annual look at the health of the sector, The Fine Wine Market in 2022, is a mix of good and bad news, acknowledging a mostly positive year for trading, while highlighting some worrying signs emerging over the past few months. With rising energy costs and spiralling inflation, a market correction could be just around the corner.

The key Liv-ex 100 index fell for the first time in 18 months in July, suffering further declines in October and November. Among the regional indices, there were signs of fragility for the star performers: the Burgundy 150 index was already looking increasingly soft before flattening in October and then declining a month later.

Champagne’s previously inexorable rise was also checked. The Champagne 50 was the best-performing Liv-ex 1000 sub-index for five months running between June and October, but it declined by 2.5% in November, wiping out the gains of the previous two months and seemingly confirming fears of demand cooling off as prices rise.

The Liv-ex numbers generally point to a resilient market that is nonetheless now at, or possibly just past, its peak. At the end of November, all major indices were up on a year-to-date basis, and the Liv-ex Fine Wine 100 and Fine Wine 1000 had reached new highs.

The number of wines traded (LWIN7s in Liv-ex terminology) had already beaten the record total of 2021, but was only up 2.4% on the year (versus the 10.4% rise recorded last year). Meanwhile, the number of wines identified by vintage (LWIN11s) was down on last year.

This, the report suggests, reflects purchasers “narrowing their focus and buying with greater care” – a phenomenon also illustrated by reduced market shares for Tuscany, Piedmont, California and the Rhône.

Bordeaux’s share was also down, a continuation of a decade-long trend that is partly a consequence of the growing diversification of the fine wine scene, and particularly the Burgundy boom. However, Liv-ex sees more immediate reasons behind the region’s value share of trade falling from 37.7% in 2021 to 34.5% this year. “A poorly priced Bordeaux en primeur campaign against an indifferent vintage did little to encourage buyers, and the autumn campaign managed the same trick,” the report says.

But 2023 could be a different matter. If some of the lustre attached to Burgundy and Champagne is fading right now – even as the regions increased their share of trade from 22% to 26.2%, and from 8.8% to 13.7%, respectively in 2022 – Bordeaux could yet benefit.

“As prices have soared in Burgundy and Champagne, other regions have begun to look interesting once again,” says Liv-ex. “Despite the poor en primeur campaigns and questionable strategy of stock retention, Bordeaux continues to offer exactly what the market needs: high-quality wines, in good volumes and at (generally) accessible prices. Returns are not instant, but the top Bordeaux estates have a good track record of rewarding long-term investment, if not short-term en primeur purchases.”

After a succession of short harvests increasing the supply-demand imbalance, Burgundy buyers seeking value are increasingly targeting premier cru or village wines, and Liv-ex report resurgent demand for white Burgundy. Meanwhile, the report says that “the air at the top [of the market] has got thinner”, adding: “Fewer collectors can either afford to, or dare to, commit new money.” The clear implication is that the most expensive wines are pricing themselves out of the market.

It’s a complex and evolving picture, but one that also doesn’t encourage huge amounts of optimism for 2023. When a Liv-ex survey asked its members to predict the closing level of the Liv-ex 100 in 2023, two respondents said they thought it fall by more than 25%.

If that seems excessively gloomy, the scale of pessimism reflects a time of great uncertainty and market fragility. From rising inflation and energy costs to fears of a global recession on the back of war in Ukraine and China’s zero Covid policy, it’s hard to disagree with Liv-ex’s assessment that the fine wine market faces “severe headwinds” in 2023.

Indeed, the beginnings of a market correction could already be emerging, and not just in the Liv-ex 100 falls of July, October and November. The report points out that the number of wines increasing in price on a monthly basis on the Liv-ex 1000 has been declining since August last year. In November 2022, 44.9% of index components saw their prices fall, with 42.8% moving up and 12.3% flat.

The short-term picture for the marketplace is far from bright, with what Liv-ex dubs “the devil-may-care spending attitude” of the past few years now abating. But, as the report also says, the fine wine market has never really been about the short term – and the fact that it has proved so robust up to this point in time is cause for optimism.

“The good news for fine wine has been its stability in the face of increasingly severe headwinds,” says the Liv-ex report. “As a diminishing asset which encourages long-term storage, fine wine is an inherently low-volatility investment. This gives it advantages over mainstream assets, especially in turbulent economic times.”