As Champagne feels the “white heat” of a secondary market boom, could growth begin to slow as the category’s traditional strengths are eroded? A new report from Liv-ex – while affirming Champagne’s continuing success – warns that “a whiff of caution” is in the air. 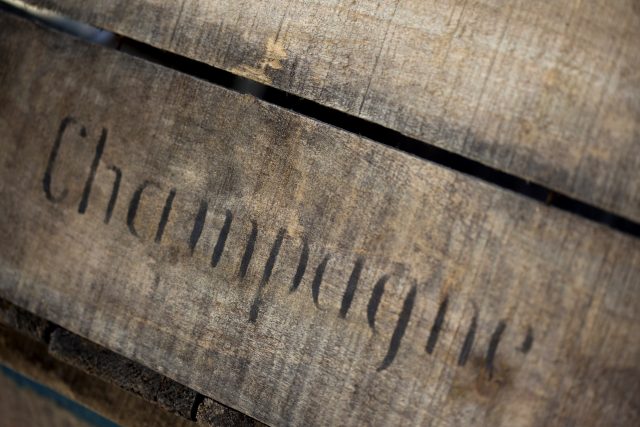 In “Champagne: The growing secondary market for luxury”, Liv-ex points out that, 10 years ago, Champagne accounted for only 2% of total secondary market trade. So far in 2022, that figure has risen to 12.4%, making Champagne the third most-traded fine wine region after Bordeaux and Burgundy – and ahead of Italy.

As the make-up of the Champagne 50 index reflects, trade remains focused mainly on the category’s established names: returns have been strongest for Salon, with prices up by 99% over the past two years, while Cristal is the most traded Champagne label of 2022 to date – in fact, Cristal’s 2008 release is the most traded fine wine across the board this year.

One of the key factors driving increased interest in Champagne has been the region’s run of strong vintages during the 2000s. The report highlights 2008, noting that it is the most expensive of the last five vintages released by Cristal, Krug, Dom Pérignon, Pol Roger Sir Winston Churchill, Taittinger Comtes de Champagne and Bollinger La Grande Année.

However, as interest in Champagne grows, trading is becoming increasingly diverse and fragmented. So far in 2022, 579 individual wines (LWIN11s, in Liv-ex parlance) have been traded on the exchange, versus 597 for the whole of 2021. “It looks as though the number will surpass the previous record by the end of Q3,” says the report.

“The number of wine labels trading (LWIN7s) has already surpassed 2021, with 320 trading so far this year, compared to 319 last year. However, the number of new wines being traded is not growing as rapidly as it once did, which suggests that – at least for now – the Champagne market’s broadening is approaching a peak.”

Liv-ex notes that buyers are increasingly focusing on larger-format Champagnes – another traditional strength for the region. Average prices for magnums, methuselahs and jeroboams have soared by 63.6% so far in 2022 (versus the Champagne 50’s growth of 18.4%), accounting for 18% of trade. In 2019, the trade share figure was 5.9%.

There has also been a notable shift in the geographical split of buyers for Champagne over the past 12 months or so: the UK has accounted for 40.3% of trade in the year to date, ahead of Europe at 30%. Asia (Japan apart) remains insignificant with a 7.4% slice of the market, while the share of the US – which hit 39.1% in 2021 – has fallen back to 22.1% this year.

“The US has long been an important driver of Champagne trade, but its high trade share in 2021 can also be explained by the fact that the region was exempt from the high import tariffs on European wines introduced by President Donald Trump,” the report points out.

“When those tariffs were removed by the Biden Administration in mid-2021, US buyers were able to turn their attention to other regions like Bordeaux and Burgundy.”

While the recent stellar performance of Champagne is beyond doubt, the report is less certain about the future for the category – warning that its position within the secondary market has undergone “radical change”.

The positive factors that underpinned Champagne’s recent success – plentiful supply, strong distribution, relatively rapid consumption, a strong value proposition compared to other fine wines – have been transformed or even undermined by that very success, attracting speculators into the market.

“Speculators rarely drink their stock, meaning that the volumes released with each new vintage no longer diminish at their usual rate,” Liv-ex says. “This raises questions about the sustainability of rising prices in the fact of a potential stock overhang.”

Champagne’s value advantage has also been eroded, with prices rising faster than for any other fine wine region since 2019, and now almost on a par with Bordeaux. “The calling card of Grande Marque Champagne used to be that you could have a fine wine with all the pedigree of a Bordeaux First Growth, but for a fraction of the price,” says the report. “That is no longer the case.”

This inflationary pricing environment is being driven not only by increased interest from collectors and investors, but also by the ambitions of producers. The trend of releasing through La Place de Bordeaux – initially from Clos des Goisses, and now from a host of others, including Le Clos Lanson, Leclerc-Briant and Champagne Thiénot, is cited by the report as a sign of likely future price hikes.

These doubts prompt a nuanced conclusion from Liv-ex – acknowledging Champagne’s traditional and continued strengths, while cautioning that every bull market takes a downward turn at some point. “Any region on the boil will eventually get too hot for some,” the report says. “No market rises for ever and the experience of other regions – such as Bordeaux in 2011 – shows that periods of rapid growth can be followed by periods of pause, or retreat.”