Researchers in Scotland have uncovered how gold ions can be used to reveal how long a whisky has spent maturing in its cask. 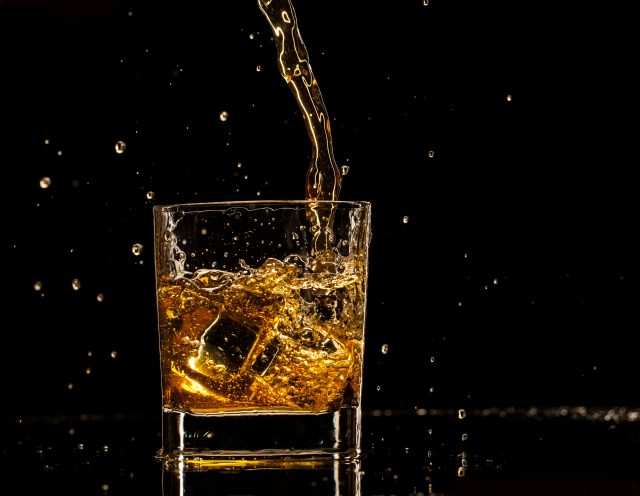 The team, comprising of chemists from the University of Glasgow and The Scotch Whisky Research Institute, published their findings on the “Growth of Plasmonic Nanoparticles for Aging Cask-Matured Whisky” in ACS Applied Nano Materials earlier this month. The study aimed to find a method for reliably analysing the age of a cask-aged spirit without relying on the nose of the master blender.

Whisky’s flavour and colour comes from the alcoholysis of lignin in the wood extracting congeners. These congeners, including tannins, aldehydes and esters, come about due to prolonged maturation in the cask – though there are methods that can accelerate extraction, such as shipping barrels across bumpy seas.

The research showed that gold salts (an aqueous Au3+ solution) were reduced by barrel-aged spirits, forming coloured nanoparticles that can be visible to the naked eye within minutes, though spectrometry can be used to quantify it.

The experiments, testing everything from Tesco own-brand whisky to 20-year-old Ben Riach, took place over six years, discovered a trend for the nanoparticles formed in whiskies with greater extraction having shorter wavelengths. In a nutshell, this means that older whiskies formed coloured nanoparticles with a more intense shade of blue, whereas unaged/younger spirits were generally towards the redder-end of the spectrum and had less intensity.

Although it might not seem like the cheapest option, the amount of gold needed is so small (and the value of the contents in the cask so great) that it is worth it, according to the research. The reduction of silver ions was also investigated as an alternative, but the higher concentration needed to gain results that could be seen by eye and much slower reaction time suggested that gold is the way to go.

The researchers concluded: “…we are now focusing on developing a better understanding of the extinction profiles of the Au NPs [nanoparticles] to try to relate these to congener concentrations and even flavour notes. We hope to augment the test in the future to be able to also detect higher alcohols and sugars, and by comparing these correlations with the opinion of a master blender, we aim to connect the chemical and sensory definition of whisky agedness.”

Even without the addition of ions, Scotch whisky is liquid gold. To read about the 10 most valuable markets for the spirit, click here.