Kendall Jenner’s 818 Tequila to launch in China next month

The model’s brand has announced its expansion into China through leading importer and distributor ChinaBev LLC. 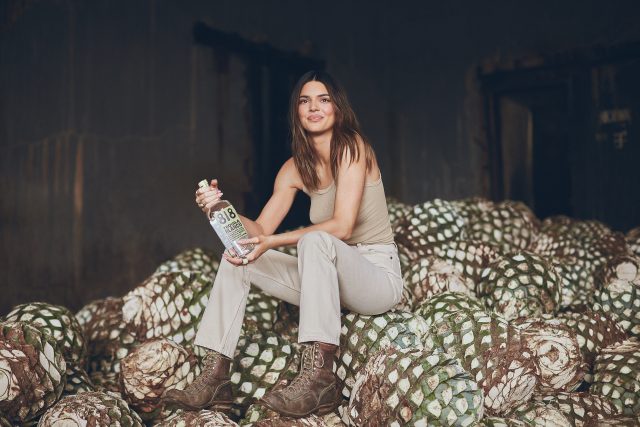 ChinaBev will debut Jenner’s 818 Tequila in the Chinese market on 18 August, and has already secured premium on-trade listings in Beijing, Shanghai, Guangzhou, Chengdu and Shenzhen.

The Tequila will then roll out across all major cities in Mainland China in October.

According to ChinaBev, which says it wants 818 to be “the super premium leader” in the market, the brand’s high profile voice will allow the distributor to “reach beyond the limitations of China’s traditional Tequila category.”

With its warehouses and sales reps in every key region of China, and a senior leadership team which includes alumni from Pernod Ricard China, Brown-Forman China, and Bacardi China, the distributor is well-placed to make a serious splash in the market.

“ChinaBev is thrilled to partner with Kendall, and the 818 team to bring 818 Tequila to China for the first time,” said Paul Gelinas, ChinaBev co-founder.

“We look forward to engaging a broad audience both on-premise and through e-commerce, and to building greater awareness of high-quality Tequila here in China.”

Founded by Kendall Jenner, the 100% Weber Blue agave Tequila is produced in Jalisco, and features three expressions in its range – a Blanco, Reposado and Añejo.

Its sales have been incredibly successful, despite a slew of controversies including Jenner being accused of cultural appropriation in the Tequila’s advertising campaigns and the company allegedly glossing over Mexican workers’ contribution to crafting the spirit.

In February, the brand was sued for trademark infringement by rival company 512 Tequila, which claimed Jenner’s brand had copied its “immediately recognisable” logo, which fetaures “black lettering inside a vertical yellow rectangle.”

Jenner was also slammed for posting a photograph on social media of herself drinking Tequila through a straw, which could be seen to promote excessive alcohol consumption and which critics labelled “irresponsible”.

The brand has tried to offset some of the outrage levelled at it through launching an initiative to build local homes using bricks made from agave fibre waste. Though the continued backlash does not appear to have dented its soaring sales.

“Our US launch in May 2021 sparked interest globally, which quickly led to our expansion into the Caribbean and most recently, Canada,” said Mike Novy, 818 Tequila president and COO. “Partnering with ChinaBev is a natural next step in bringing our ultra-smooth, award-winning liquid to consumers globally.”