En primeur 2021, the ‘worst campaign in the last ten years’

The jury may still be out for the 2021 en primeur campaign but although some merchants reported it as “solid” or even good, Liv-ex has argued that it was “the worst campaign in the last ten years”. 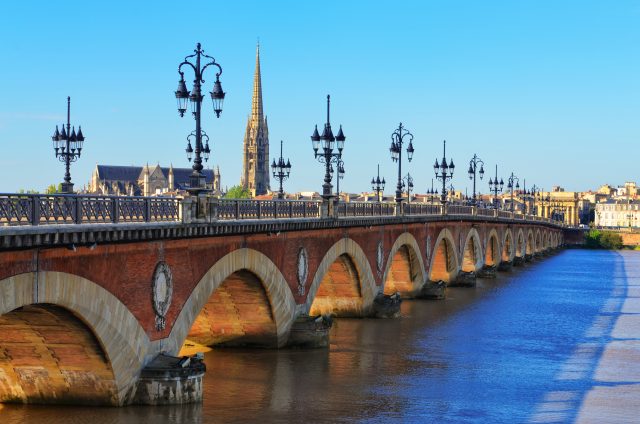 The global fine wine marketplace noted that sales were “very bad”, with some merchants reporting en primeur sales down by more than 60% on last year.

Liv-ex told db that collectors had narrowed their focus and were mainly protecting their top allocations, buying fewer wines and spending less, Meanwhile, merchants were reporting that they had bought only what they needed to fill demand, with some giving up long held allocations in order not to be left holding stock.

Initial feedback from its members said it was “worse than the 2017 campaign – although maybe better than 2013”. This was mostly due to there not being enough of a price reduction, therefore the 2021 did not offer enough value.

Will Hargrove, head of fine wine at Corney & Barrow agree that “had they wanted it to be a bigger campaign, there would have had to have been sharper pricing”.

“Most customers or buyers have realised there are some really nice wines but given there’s been a run of good to very good vintages from 2014 onwards, some of them needed to feel compelled to buy by price,” he told the drinks business.

However, he noted that while not producing “frenzy”, the campaign had been “solid” and had lived up to his team’s expectations and they were happy with the result.

Generally, the successes were “predictable” he said.

“Carmes Haut-Brion sold out in a flash, which we expected as the reputation is superb,” he said. “But there are a fair few people out there who will realise that there are some good wines worth buying. Whether they felt compelled to buy them now, is the different matter.”

“People are aware they can go back and buy vintages that are a similar quality vintages that they can drink a bit sooner,” he said, adding that the ’14s, ’16s and ’19s had definitely benefited from this.

This echoes the concern of Matthew O’Connell, CEO of the LiveTrade fine wine exchange of Bordeaux Index, who noted at the start of the campaign that “the reality is that there are a number of strong vintages for buyers to choose from on the market if they feel there is limited benefit to the en primeur pricing.”

Max Lalondrelle, fine wine purchasing MD at Berry Bros. & Rudd said the team had been excited to return to Bordeaux, after an absence of two years of in-person tastings. However he said that while the previous three campaigns had seen the region’s reputation strengthen even further, and the market was ready to buy, this wasn’t necessarily capitalised on.

“I’ve noticed there tends to be two leagues of producers in primeurs, those that start with a good strategy and are always in demand – whatever the vintage – and those that struggle to gain momentum and only succeed in great vintages,” he said.

“Brands need to rely on more than critic scores and great vintages to sell, they need to mean more to consumers. This year, some producers suffered with their strategy on price, brand building and release timing being miscalculated and generating little interest from the consumer.

He said that although pricing was very personal to each property, and it was difficult to judge when we don’t have the full picture, a lot of the properties failed in the timing of their release.

“Brands need to time their releases carefully within the market to phase by price, to make sure all sizes of producers benefit from exposure,” he said. “The fact that so many properties released at the same time has had a knock-on effect in terms of what we chose to buy and therefore our offer to consumers.”

Meanwhile,  Quentin Maydieu, head of Primeur sales at iDealwine said the tasting team had been  “disappointed” by negative media coverage of the 2021 vintage, which despite less than ideal weather conditions, contained “many examples of very fine, elegant wines that are sure to age beautifully – notably Cos d’Estournel and Chateau l’Evangile”.

“Overall it went very well with high demand even before our launch, despite a vintage that was anything but straightforward,” he said, before adding that “limited quantity was a challenge”.

Some of the highlights included Cheval Blanc and Leoville Barton, which  flew out the door” along with  Carmes Hauts Brion (“which comes as no real surprise considering the innovative work of Guillaume Pouthier in Pessac” he said), which were “snapped up by discerning enthusiasts and collectors on the lookout for the ever-elusive combination of the highest-quality with the best value, and significant investment potential.”

However buyers were not as eager to snap up Château Pavie Macquin, “a Saint Emilion with great style”, despite it being a hit among iDealwine’s tasting team.

*The piece has been edited after publication to include comment from Berry Bros & Rudd’s fine wine purchasing MD, Max Lalondrelle.