What will the pricing of this year’s en primeur campaign look like?

With the release of this year’s en primeur campaign just getting started, what is the expectation of pricing for this year’s campaign? db tests the water. 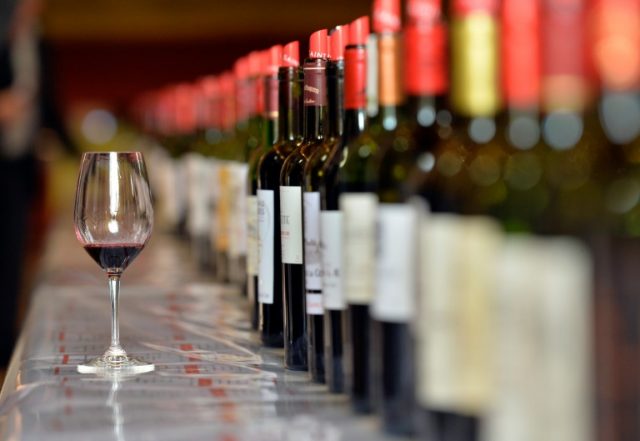 Ahead of the start of the en primeur campaign, Liv-ex warned that attractive pricing was going to be key to this year’s campaign given the “lukewarm” sentiment to last year’s weather-ravage vintage, and strong financial headwinds. Now that the verdict is in on many of the wines themselves (see our in-depth verdicts of Margaux and St Julien here) has this sentiment changed?

For some, no. Matthew O’Connell, CEO of the LiveTrade fine wine exchange of Bordeaux Index argues that pricing remains a particularly important component of the en primeur campaign this year.

“While the market backdrop is reasonably favourable and the profile of the wines should appeal to collectors, we believe there will be price sensitivity from buyers – marginal pricing will struggle to drive momentum,” he said.

Will Hargrove, Corney & Barrow’s head of fine wine noted that although the vintage has some very good wines, because in general the level in almost all cases is not at that of the 2018/2019/2020 vintages, the wines will need to enter the market below last year’s price and “certainly below the prices of other similarly good vintages in the market” in order to fly.

However overall, the vintage has been something of a surprise and quality is better than was initially feared – especially in wines from the very top estates of both the left and right bank.

Rupert Millar, managing editor or Liv-ex points out that many are very charming, very ‘classic’ clarets “of a type that supposedly went more-or-less extinct in the post-2000 world”.

“With this in mind, the already small possibility that prices would dip back down to 2019 levels disappeared,” he told db.

There is also the fact that while yields are down (except Sauternes and Barsac where losses could be up to around 80%)  many of the best terroirs were spared from the worst ravages of the spring frosts and these chateaux tend to have the resources to contain any outbreaks of mildew. Indeed in some appellation in the Medoc, such as Margaux, there were bigger yields in 2021 than in 2020.

However while the relief over this has almost been palpable, this vintage is not generally perceived as a ‘great’ vintage either meaning big increases in prices are also being ruled out.

The overall expectation is that wines will remain largely as they were in 2020.

“The petits chateaux we have seen release so far and one grand cru classe (Batailley) have all done this,” Millar points out.

One sales director for a grand cru classe chateau told db that although pricing was likely to be “firm”, it was possible that a three-tiered pricing strategy could emerge over the next few weeks, with different chateaux taking diverging approaches according to the demand and quality of their wines.

He argued that a few chateaux were in the position to impose slight increases due to demand, and their own rising price on the secondary market.

“Some chateaux… have their own trends that are not dependent on the vintage,” he explained. “For that kind of chateaux, the demand is high and the prices are rising fast. So I think they might impact a slight increase, and even with that kind of attitude they will sell the wines.”

The majority, he agreed would pitch at a sustainable level comparable to the 2020, but a small minority may offer a “symbolic” decrease in price.

“Those chateaux with a lack of reputation or a lack of distribution might think that due to comparing this vintages [with the previous three vintages], they will need to put a symbolic decrease on the price,” he said.

So much for the producer, but what about buyers? With prices rising fast, how cautious are they likely to be?

According to Liv-ex, the global inflation and possibility of stagflation in Europe will have an effect.

“Sterling has weakened considerably of late, which will impact the buying power of collectors in the biggest single market for en primeur,” Millar explain and although the US dollar has strengthened, traditionally, the US has tended to buy ‘great’ or ‘blockbuster’ vintages. It is less interested in vintages such as 2021 that are very heterogenous – a view that is also reflected in Asia.

Furthermore, Bordeaux Index’s O’Connell argues that while producers may understandably feel that the yields – and also quality of wines given the challenging conditions – should be reflected in release pricing, “the reality is that there are a number of strong vintages for buyers to choose from on the market if they feel there is limited benefit to the en primeur pricing.”

“Overall, one can expect both merchants and buyers to be highly, highly selective with their choices this year,” he says.

But this, argues Beth Pearce MW, buyer at Lay & Wheeler is one of the great attractions of this year’s vintage.

“It makes it very interesting to try and seek out some really special wines for our customers – there are fantastic wines at the top end, that will really deliver,” she said. “And these wines do really suit what people are looking for in Bordeaux. They want moderate alcohol, really appetising styles of wines and this vintage delivers that in the best wines that we’ve tried.”

Bordeaux is, she says, is hard to beat  when it comes to value, at a certain price bracket, in terms of reliability and great quality.

“And in terms of any techniques in the vineyard and winery, Bordeaux is where it’s happening.”