Speaking of a daring decision to launch a £20 Provençal rosé in a flat plastic bottle, the managing director of Moët Hennessy’s Château Galoupet told db last month why it’s such a “huge challenge”. 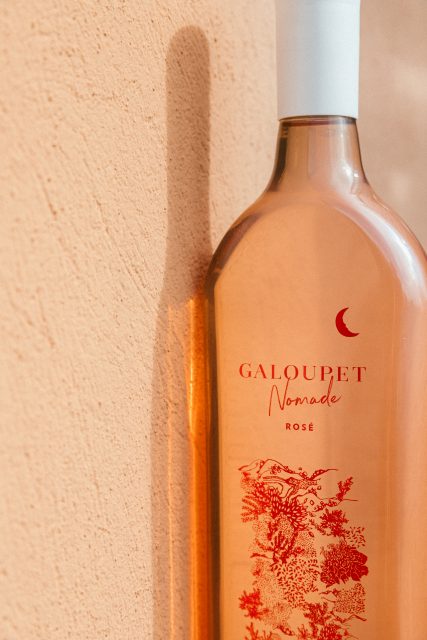 Admitting to db that her plans were risky during a visit to Provence in March this year, Château Galoupet’s managing director Jessica Julmy said that there was no guarantee that selling upmarket pink wine in a PET package would be a success.

As previously reported by db, Moët Hennessy has unveiled a rosé housed in a flat bottle made from ‘prevented ocean plastic’ (POP) that’s both a first for Côtes de Provence and the luxury drinks specialist.

The rosé, called Galoupet Nomade, is the ‘second wine’ of the Moët Hennessy property, and has been given a recommended retail price of £20 – making it the most expensive plastic bottle on the shelves today.

Julmy said that she wanted to take eco-friendly packaging upmarket, recording that the PET bottle weighs 63 grams – which is almost 10 times lighter than a standard rosé bottle – and, because of its novel flat shape, is 40% spatially smaller than a circular format, which makes it more efficient to pack and transport.

However, she also commented that bottling pink wine in PET represented a major departure for smart Provencal rosé, saying that it was a “huge challenge” for the group – a specialist in luxury drinks – while acknowledging that the market may not be ready for such a product.

“It is so crazy,” she said of the launch, “that it needs to be explained”, before saying that it has been created without focus groups and therefore did risk failure.

Despite this fear, Julmy said that she did not want to trial the PET packaging in a half-hearted way, which is why she rejected a call to bottle Galoupet Nomade in both plastic and standard glass bottles to allow for the fact that some markets and consumers might not want the wine in the novel format.

“If you believe that PET is the current, optimum solution for non-aged wines, then should you do it,” she said, stating her commitment to the format.

Nevertheless, to help the product succeed, Julmy said that Galoupet Nomade would be sold via e-retailers only, including Moët Hennessy’s Clos19 website, where “it could be explained technically”, and would be supported by social media.

And, in keeping with the wine’s environmentally-friendly positioning, it will be organic too – the vineyards used to source grapes for the Côtes de Provence rosé are currently in conversion.

Julmy also admitted to db that using Château Galoupet to create a second wine – which uses grapes from a network of growers across Côtes de Provence – was a controversial decision.

“I was challenged when I said that we should have a second wine, because many felt that Galoupet should have just one wine,” she began.

Continuing she said, “But my vision is to transcend Provence, I don’t want to appear arrogant by only working on our 69 hectares [of vineyards at cru classé Château Galoupet].”

She explained, “My feeling is that it’s important to have external growers that will embark on this journey with us; a second wine is critical to fulfil our vision of responsibility as a group to invest in the region, and accompany the growers and caves cooperatives of Provence on that journey to organics and craftsmanship.”

Concluding she said, “We want to be anchored in our territory.”