The head sommelier for Kent’s The Fordwich Arms talks to Douglas Blyde about the ghosts of witches, the pub’s Riviera-like terrace, and serving doughnuts “on the side”… 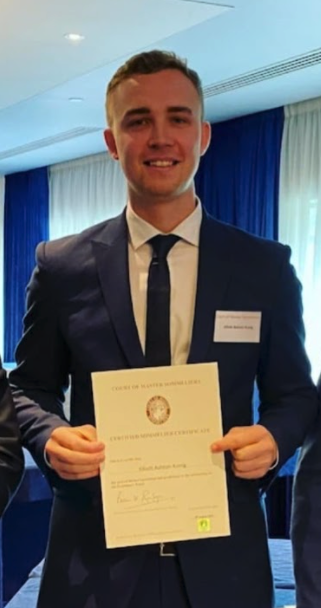 1993 from which I would choose to drink the legendary Ridge Montebello from magnum which will have slowed down the ageing process. At its peak now, it has tertiary aromas of earth, leather, blackberry, cedar and tobacco.

Which wine gave you the wine bug?

Jim Clendenen’s entry-level Au Bon Climate Pinot Noir intrigued me sufficiently to make me want to learn more about Pinot Noir and wine in general. I loved his Burgundian inspired wines which encouraged me to look further into California and to pursue wine qualifications.

What has been a thrilling vineyard visit?

To Château Palmer which is where I saw biodynamic farming in the flesh for the first time, including sheep amongst the vines. Another fantastic visit closer to home was to Tillingham, started by Ben Walgate, formerly head winemaker at Gusbourne. They are producing exciting wines aged in different vessels such as amphora.

How have you risen the ranks at The Fordwich Arms?

I started as a waiter and worked my way up to sommelier, taking over from Guy Palmer-Brown when he left the business.

Being a pub-restaurant, we have to have an approachable list, especially for the by-the-glass selection given a lot of people just come in for a drink and expect us to be a “normal” pub. However, I feel we have achieved a good balance and I have been able to add a number of my favourite producers, including Pierre-Yves Colin-Morey, Sylvain Pataille, Bénédicte & Stéphane Tissot, Marcel Lapierre, Timo Mayer, Adi Badenhorst, Eric Texier, Pax Mahle and Daniel Landi.

What has been a standout pairing with a dish by chefs, Daniel Smith and Kieran Bellerby?

2018 Fritz Haag Spätlese from the Brauneberger Juffer vineyard in the Mosel paired with our classic duck liver parfait served with beetroot, redcurrant and Sauternes jelly. A lovely start to the tasting menu, the wine’s slight sweetness offsets the richness of the parfait and the naturally high acidity helps match the fresh crunch of beetroot while cutting through the warm savoury doughnuts served on the side.

Does the setting of the building, overlooking the River Stour, enhance the enjoyment of wine?

We’re fortunate to have a beautiful terrace which is magnificent when the wisteria is in bloom. A complete sun trap which we like to compare to the Riviera, where we serve magnums of local Simpsons rosé by the glass. Then, as a contrast in winter months, we have three roaring open fires – more suitable for Alan Graillot Crozes-Hermitage with local venison. 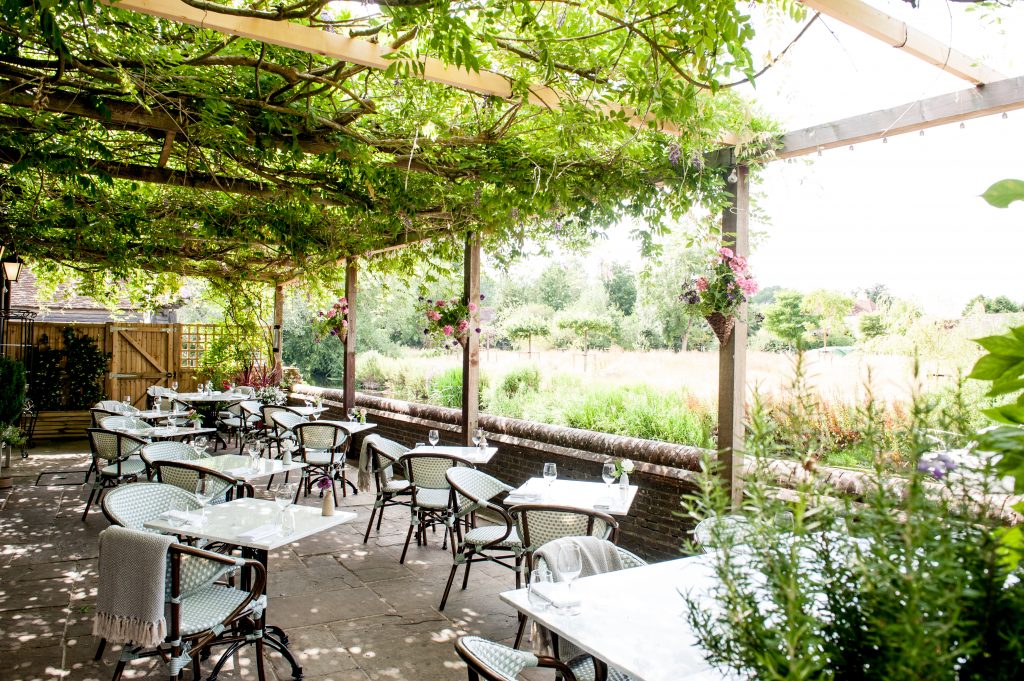 How do you keep your wine prices so apparently sane?

We want there to be something for everyone. With the more expensive bottles we try and work to a cash margin.

Is The Fordwich Arms haunted?

Not that we know of, though the sixteenth-century town hall across the road is rumoured to have ghosts of the “witches” tried on the ducking stool still lurking about.

How important is ale at The Fordwich Arms?

Being a pub in the smallest town in England ale still plays an important role, and we offer at least two on draught.

Mauro Vergano’s Chinati Vergano white vermouth from Asti over ice with an orange twist. The base wine is made from Cortese and Moscato and is unusually delicate – the perfect way to finish a meal.

What is the most impressive spirit you work with?

A recent addition to the pre-drink selection is the mysterious Caperitif (“Cape Aperitif”) brought back to life by wacky winemaker, Adi Badenhorst. Referenced in The Savoy Cocktail Book, Chenin Blanc is infused with 35 botanicals, many of which are native to the Cape. The other drink which would give Caperitif a run for its money is our house classic, the Beef Fat Old Fashioned made by bar manager, Jonathan. Woodford Reserve Bourbon is infused with Hereford beef fat which is then mixed over ice to order with salted maple syrup.

What drink do you crave after a long day?

A pint of Estrella.

How seriously do you take non-alcoholic drinks?

What have critics said of the restaurant?

Grace Dent wrote, “Food that makes you want to move house” while Tom Parker Bowles said “Ignore the Canterbury wails… The Fordwich Arms may have gone posh, but it’s worth it for the new menu.” Kathryn Flett from the Telegraph also said. ‘”Pukka, bells-and-whistles, ambitious modern British cuisine.” And Marina O’Loughlin said, ‘”Still the Utopian pub inspiring love, but with added polish.”

My cousin is the Head winemaker at Chapel Down.

Who should prospective team members contact if they want to join The Fordwich Arms?