Gérard Bertrand is pushing forward in his dream to create a Languedoc Grand Cru at his Clos d’Ora  estate that can that can compete with the best wines in the world. 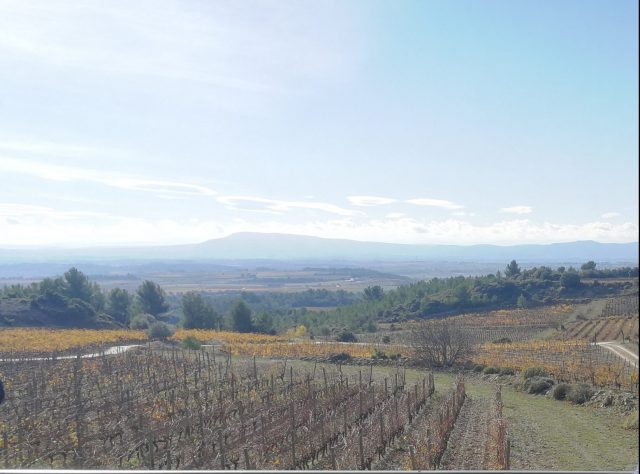 The 9ha estate in AOC Minervois La Livinière, which was bought by Bertrand in 1997, has the potential to produce around 150,000 bottles of exceptional wines, Planas explains, “an iconic Languedoc”.

“It is a work in progress but we are going to make it happen,” he said.

The unusual estates lies on a geological fault line that straddles limestone, marl soils and clay, which was once subjected to seismic change that caused it to change direction and orientation. This has created a “magical terroir”, Planas says, that “can’t [fully] be explained scientifically”.

“It’s a perfect terroir,” he said, pointing out the contrast between the white limestone on one side of the hill, and the clay and sand ‘mille-feuille” on the other.  Bertrand and agronomist Jean Claude Jacquinet subdivided the estate into seven plots, guided by the soil, topography and terroir, which also takes the orientation and adaptability of each variety, in terms of how the weather and sun would impact it – into account. Careful attention was also paid to the density of plantation and the space between the size and ranks which is important for the vines’ development, Planas explains.

Planas explains that the natural assets of the site were “amplified” by the choices of varietal to get the best from each vine in that particular terroir.

For example very old vine goblet trained Carignan lie in the clay soils on the road winding up to the winery, supplemented with newly planted Grenache Noir, with the variety also gracing the drier soils above. The south-facing hillside, looking towards Minervois and Corbiere beyond, has terraces of Mourvedre, an early blooming, late ripening variety that likes warmth and heat, as here it can avoid the cold north winds that sweep down from the Black Mountain and across the region. 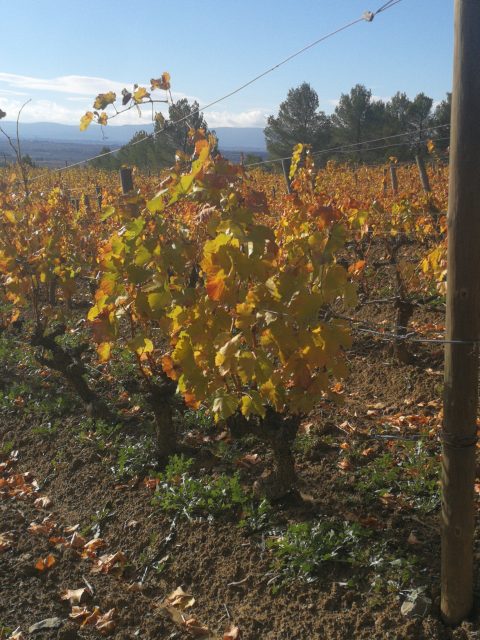 Meanwhile Syrah – “a grumpy kind of vine that flops if not espaliered or on cordons” is sited on the unusual limestone ridge on the other side of the hill.

The estate is also at the limit of the Languedoc-Rousillion Mediterranean climate – and the cooler, fresher temperatures bring more movement to the wines, Planas says.

The estate is farmed biodynamically, with the soil between the vines tilled by horses.

During the 2021 vintage, the vines bloomed early, before winter was fully over but fortunately, although temperatures fell below 7 degrees at the end of April, the topography of Clos d’Ora, perched on the side of the hill, enabled it to avoid frost that affected other areas.

“It was a strange winter and spring, with no rain in the spring or summer,” Planas said.

According to winegrower Bastien Dutour, the harvest was was later this year, between 29 Sept – 17 October. At Clos d’Ora the vines are hand harvested and de-stemmed, before being fermented in large concrete tanks – one vat per plot – which are open to the elements on  three sides, in accordance with biodynamic principles, enabling it to breathe.

Once malolactic fermentation has taken place, Bertrand and Dutour make the initial assemblage in January before the wines are aged – the majority in oak barrels (80% new oak) angled to avoid oxidation, but around 15% in concrete eggs, for 12 months.

“The form of the eggs is important as there is continuous movement that helps improve the ageing of the wine, and means no battinage is needed,” Dutour explains.

Although the final assemblage will only be determined in March, the 2020 vintage currently comprises around 50% Syrah and 40% Grenache, along with a small amount of Mourvèdre and Carignan. The results is a velvety smooth, well-balanced and fruity wine, albeit one that is still evolving.