For Thanksgiving this year, Bourbon whiskey brand Wild Turkey, showed appreciation to the UK bartending community by hosting a Thanksgiving Dinner at Homeboy Bar, with a special video appearance from the Dallas Buyers Club star. 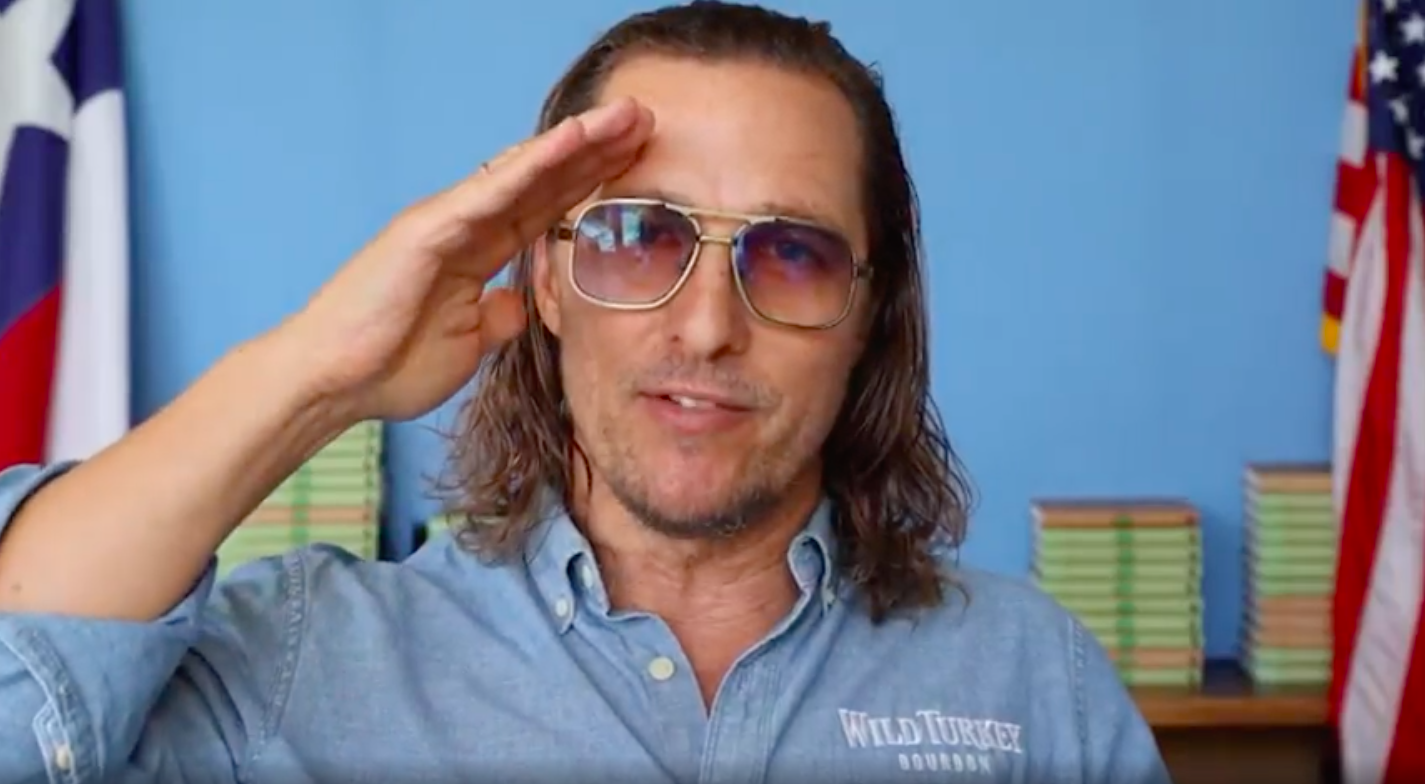 Fifty bartenders were treated to a three course Thanksgiving meal hosted by Wild Turkey at Homeboy in in Embassy Gardens. Drinks included the signature Wild Turkey 101 Old Fashioned, and guests were surprised with a message from special guest and Wild Turkey Creative Director Matthew McConaughey.

“At a time when so many people in the UK hospitality industry have changed their careers or even left the UK, you stuck it through and you’re still here,” McConaughey said in his message to guests.

“With thanks is why we’re here this evening. To say thank you to you for that. You’re the best, we appreciate it. Just keep living,” he added, ending his speech with a salute. 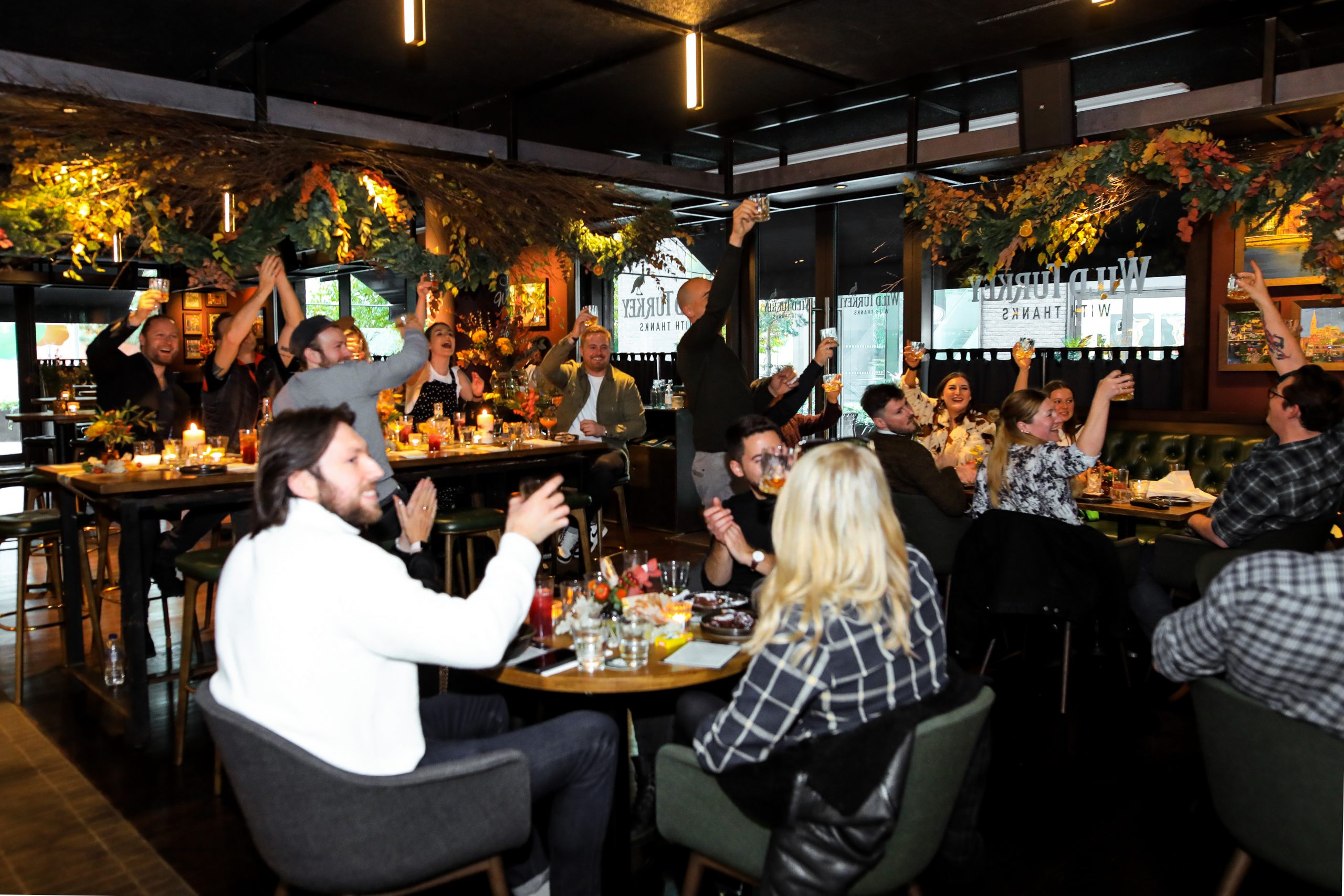 Matthew McConaughey became the face of Wild Turkey in 2016. The “multi-year” deal has seen the Academy Award winner appear in advertising campaigns as well as overseeing creative assets for the Bourbon brand.

“I want to help share their unique story, starting with a new ad campaign that I feel really captures the special essence of this brand while introducing itself like never before,” McConaughey said at the time.

In 2009 Wild Turkey was sold by Pernod Ricard for $575 million (£434m) to Italian drinks giant Gruppo Campari. Campari has invested heavily in the brand since the purchase, including building a $50m (£38m) distillery to boost production. Read more on that here.