Seltzers give Constellation a headache

Constellation Brands, one of America’s leading players in the beer, wines and spirits sector revealed its profits from the last three months are US$57million below forecasted figures. Around US$66million worth of hard seltzer stock had to be written off due to overestimating demand within the category. 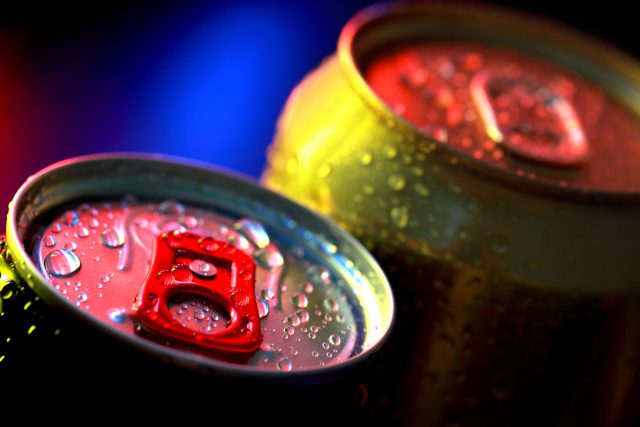 It seriously missed Wall Street’s expectations in its quarterly results to the end of September but the chief executive pointed to a number of what he expects to be temporary factors and predicted better numbers at the end of the full year.

In the latest three months operating profit was US$730m. That’s US$57m below predictions. Adjusted earnings per share were US$2.52 on sales of US$2.3 billion.

While the sales figure was exactly what analysts had expected, they were looking for earnings to be at least 10% higher. So costs and margins had suffered.

But chief executive Bill Newlands attempted to play down the disappointment by saying that Constellation’s shares were undervalued and that it had repurchased US$1.4 billion worth as part of its programme to return US$5 billion to investors by the end of 2023.

It had also repaid a hefty chunk of debt.

In addition, despite the disappointing quarterly figures, he increased the company’s prediction of its full-year performance.

“The fundamentals of our business remains solid and consumer demand for our brands, particularly our core beer portfolio [notably the Modelo and Corona Mexican brands] remains strong,” he said.

“We are the leading share gainer in the high end of the US beer market, and we expect that to continue for the foreseeable future.”

What he didn’t say was that the US beer market overall is in decline.

Newlands said the wines and spirits divisions’ figures were skewed “by tough Covid comparisons” in the same quarter of 2020. “But we are performing well in the high end of the wine segment, which represents the vast majority of expected growth over the next several years.”

He also noted that e-commerce had expanded from 1% of Constellation’s business and was heading to the 5% level.

So given Newland’s confidence, was the summer quarter an aberration?

Despite playing down the significance, Newlands admitted that Constellation’s headlong dash into the hard seltzer sector was generating less than stellar results. It had overestimated demand and had had to write off $66m of stock.

“Our entire miss [of Wall Street’s profit predictions] was because of the obsolescence charge”, he told an interviewer.

“We had a one-time charge that obviously hurt the bottom line, but we raised guidance because we have a lot of confidence in being able to absorb that charge and still beat the numbers at the end of the year.”

But Constellation, which launched its Corona Hard Seltzer last year and now claims some 7% of the market, is not the only producer leaving investors wondering if it has bet too heavily on seltzers.

In July Boston Beer’s figures for its Truly brand gave Wall Street  a jolt and when in September it had to make its own substantial stock write-offs  and withdraw its profits forecast for the year its shares nose-dived.

“The hard seltzer landscape has shifted considerably in recent months”, Newlands said, but emphasised that he continued to see it as a “meaningful sector” in the beer market.

“We still think that seltzer is going to be an important part of the category going forward, but probably at a much lower growth profile,” he said.

Another negative was the fact that although beer sales values rose by 14%, profit margins were significantly eroded. In wines they fell by 620 basis points.

Net sales were down 18% on shipments 36% lower as a result of the disposal of commodity lines to Gallo.

Margins were also hit by the well documented rising costs of raw materials such as aluminium and transport as well as other commodities such as packaging. These Newlands believes to be temporary factors that will disappear.

Despite his  continuing optimism, there was nothing firm Newlands could say about Constellation’s $4 billion investment in Canopy Growth, the Canadian company that is North America’s biggest producer of cannabis for medical and recreational use.

With the Democrat Biden Administration in power, many American’s hope for widespread approval of cannabis infused drinks.

“We are optimistic about Federal legislation in the Congress…”Canopy is waiting for this reality to materialise,” Newlands said.

But cynics believe that could be some time away. There is little evidence that  Biden will promote controversial legislation, they say, and note that Constellation has made similar optimistic noises in the past.

In the long term it could be a winning bet but so far at least the Constellation investment has proved a loss maker.

Constellation’s shares have fallen by approximately 3% this year.  If Newlands delivers the numbers he predicts in six months’ time, his belief that they are undervalued would be proved well-founded.

Wall Street is playing the waiting game until then.