New Belgium Brewery has revealed a brand-partnership with the video game Back 4 Blood by adding a limited-edition beer to its Voodoo Ranger line-up. 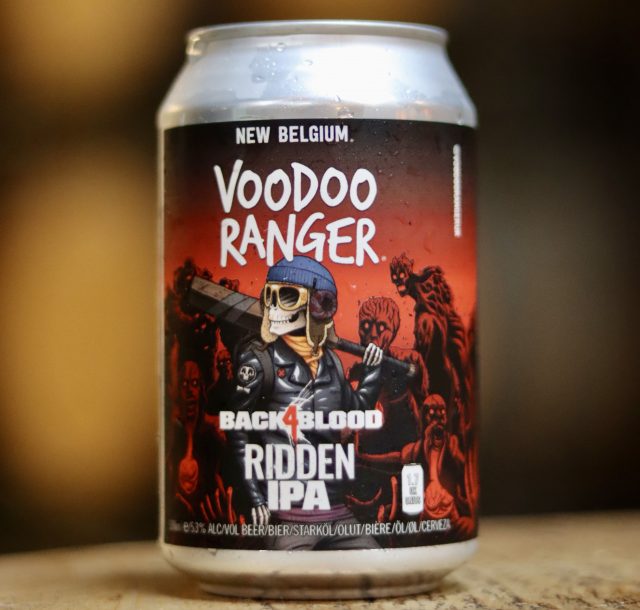 The new beer, named Ridden IPA, takes its name from one of the game’s fight scenes and will coincide with the launch of the Back 4 Blood being released from 12 October.

The upcoming multiplayer first-person shooter game Back 4 Blood, developed by Turtle Rock Studios and published by Warner Bros will be available on Windows, Playstation 4 and 5, Xbox One and Xbox Series X/S. It is considered to be the spiritual successor to Left 4 Dead as it is being developed by the creators of the original game and features largely identical gameplay.

The Fort-Collins, Colorado-based New Belgium Brewery, which is owned by Australian company Lion Little World Beverages, a subsidiary of Japan’s Kirin Holdings, has previously nurtured an audience among gamers via its Voodoo Ranger brand, which it introduced to UK audiences for the first time last November. The company has formerly taken part in both interactive Twitch campaigns and partnering with Dungeons & Dragons live streams as well as taken its Voodoo Ranger arcade machine on tour to festivals and bars in an effort to reach its desired audience.

As part of the Ridden IPA launch, the company has already begun working with Dalston’s Loading Bar in London to give gamers the chance to play Back 4 Blood before its release date while enjoying Ridden IPA on draught.

Chris MacRae, Voodoo Ranger brand developer, said: “Our marketing strategy is all about giving something back to brand fans and that’s the whole idea behind the partnership with Dalston’s Loading Bar and giving gamers a pre-release chance to play.”

The activation will take place this week until 10 October. Consumers will also get the chance to win gaming gear when they pre-order Ridden IPA packs through the Voodoo Range web shop. The competition will come to an end on 17 October.