Ciara invests heavily in Ten To One Rum

The singer has become a co-owner and director for Ten To One Rum, and has vowed to help the brand “rewrite the rum narrative”.

Ciara has joined Ten To One Rum as an investor, co-owner and director for the brand. As an active partner, the Grammy award winner will be directly involved in the brand’s key goal of reshaping the conversation around rum.

Founder Marc Farrell believes that the narrative around rum feels “uncomfortably restricted to old caricatures and narrow tropes around Caribbean culture” and cites outdated references to “pirates and plantations” as examples.

Ciara will have a hand in marketing, creative, business development and strategic partnerships for the brand, working closely with Farrell to bring his vision for an “inclusive spirit” to new communities.

A launch party held in Seattle last week saw the city’s great and good come out to celebrate Ciara teaming up with the Caribbean rum, which is described as being a “contemporary and elevated spirit”.

“From my first sip of Ten To One, I was immediately transported,” Ciara said in a statement. “Not only is the product exceptional, but Marc has helped the brand establish a clear and authentic point of view. I knew immediately that I had to get involved!”

She added, “I couldn’t be more excited to help the brand build on its amazing foundation, and invite new audiences to rediscover their love for rum through Ten To One.” 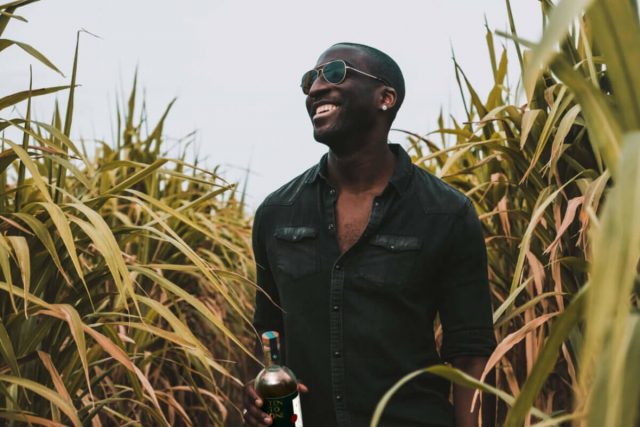 Farrell praised Ciara’s “collaborative spirit and unmatched energy” and said that “To see how deeply our core values resonated with Ciara, I knew this was a natural partnership from day one.”

“The central idea is that we are stronger together than we are apart,” added Farrell, stressing that the brand’s ethos is foundational to both “Ten To One and to Caribbean culture”.

A mission statement on the brand’s website says: “For too long, rum has been artificially restricted to a narrow set of occasions, and largely ignored as the spirit of choice, while other categories have continued to raise the bar.”

It is hoped that the partnership will signal “The start of a movement… one that wraps its arms around a much broader and more expansive view of what it means to be #CaribbeanMade”.