Investors like good news and that’s certainly what they got from Diageo at its annual meeting, where it was revealed that shares for the Campari group have risen by a third so far this year. 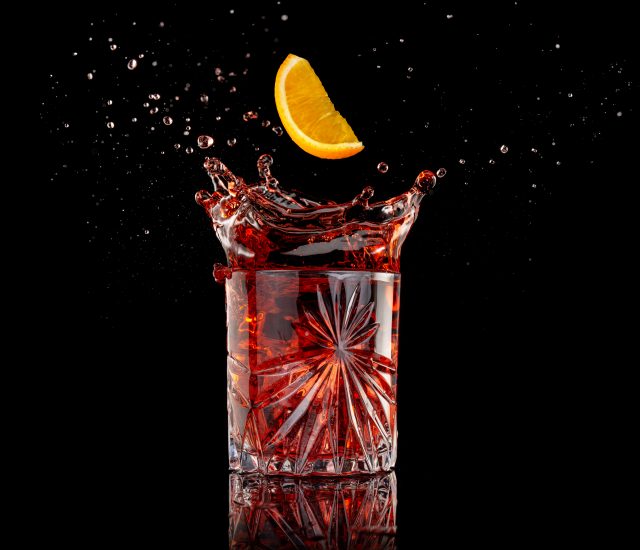 The world’s biggest premium beverage alcohol company told shareholders that its new financial year (which opened in July) had begun with a “strong start” and predicted increasing operating margins as consumers continued to trade up to premium brands and spent more at restaurants and bars.

Some of the extra gains, it forecast, would come from rising sales through higher margin channels such as e-commerce.

The recovery in trade in Europe post the coronavirus pandemic has been ahead of its own expectations, while in North America, despite supply chain problems, the business has been “performing strongly”.

Diageo is working hard to protect its position as top dog in North America, the world’s biggest premium spirits market.

And only a day later Diageo moved to secure further Tequila production by announcing a US$500m investment in a new facility in Mexico. Tequila and Tequila-based drinks now account for some 20% of all alcohol consumed in the US.

Sales in Africa, Asia Pacific, Latin America and the Caribbean markets had performed well, but Diageo expects continuing volatility in at least some of those regions.

Since the turn of the year Diageo’s shares have put on more than 26%, but what has happened to the drinks company’s informal portfolio of shares in alcohol producers easily available in London?

That outstrips the performances of both London and Wall Street, up 10% and 12% respectively.

But the pattern among the drinks companies is mixed.  The star performer is the Campari group whose shares have risen by almost a third so far this year following very strong results for the first six months.

It more than outperformed its results in 2019, the last similar period pre covid-19. All geographic regions showed positive gains and the company reinstated its share buyback programme to further enhance shareholder value.

Additionally, Campari has joined forces with Moet Hennessy. They are bolstering Campari’s existing ecommerce channel Tannico to develop the direct-to-consumer market for premium wines and spirits on the Continent. Already it has pro forma sales of more than €70m.

Shares in LVMH had risen by almost 40% by mid August on the big upswing in demand for luxury goods in the Far East, especially China. But Beijing’s recent crackdown on ostentation and corruption coupled with fears that the LVMH share price had risen too far too quickly has seen those gains halved in the past couple of months. Even so, an investment at Christmas would be showing a 22% profit  today.

Like Diageo, Pernod Ricard reported gains ahead of expectations in the first six months of this year.  It upgraded its forecast to growth this year of 16% in profits from recurring operations and has also resumed its share buyback programme while rescheduling some debt at lower rates of interest.

Not only that, the French group has been aggressive in the takeover market. The recent purchase of The Whisky Exchange further develops its ecommerce capabilities, while taking a majority stake in La Hechicera, the Colombian ultra-premium rum, allows it to develop a further niche market.

With the shares almost 20% ahead so far in 2021, investors are keenly anticipating Pernod Ricard’s sales figures for July to September, which will be published later this month.

They will also be looking at Remy Cointreau to see whether the Chinese market remains buoyant following the latest warnings from the ruling Communist Party about bribery and business ethics.

China has sentenced Yuan Renguo, the former chairman of baijiu giant Kweichow Moutai, to life in prison for taking bribes of $17.5m. The company’s shares, which can be bought through Hong Kong, have been on a switchback, and despite China being regarded as back to normal following the pandemic, they have lost nearly  9% this year.

In part reaction, as the leading importer of highly desired Cognac to China, Remy Cointreau’s shares have slipped from a high of €186 in mid August to €167 today.  Even so, they are still up by almost 13% so far in calendar 2021.

Across the Atlantic, drinks shares have fared less well so far in 2021.  Brown Forman’s have lost 14.5% while Constellation Brands’ have dipped by 3.2%.

Brown Forman, the maker of Jack Daniels, has been beset by problems, not least the heavy tariffs put on bourbon and other American whiskies by the EU as part of the trade war with Washington on steel and aluminium.

Lawson Whiting, Brown Forman’s chief executive, reckons that is costing the company more than $70m a year in lost sales. There are hopes that peace may break out soon.

The Louisville production facilities are being hugely expanded to cope with the surge in ready-to-drink demand triggered during lockdown for which Brown Forman was ill-prepared. But that will take time to come on stream. So too will the benefits of a pact with brewer Pabst to develop each other’s brands and distribution network.

Constellation has been a growth favourite with investors ever since it won the US rights to the Corona and Modelo Mexican beer brands. It has also reshaped its wines division by selling off commodity brands.

As America’s bars and restaurants reopened, Constellation’s shares were 15% ahead soon after Easter. But despite confident noises from the company, they are under clouds.

It is embroiled in legal battles with AB InBev over the US rights to use the Corona and Modelo names on anything but beer. Constellation’s Corona brand holds about 10% of the US hard seltzer market, which AB InBev says should belong to it as the global brand owner.

There are also large fears as to whether the hard seltzer phenomenon has peaked in the wake of Boston Beer’s recent calamitous announcement about massive overstocks of its Truly brand.

Investors will be looking for clarification later this week when Constellation reveals its latest results. They will also want better news on the huge investment in Canopy Growth, the Canadian cannabis producer in which Constellation holds a 40% stake.

Finally, the waters surrounding Australia’s Treasury Wine Estates are much calmer.  Following the body blow of China’s punitive tariffs being imposed at the start of the year, Treasury has reshaped its business plan and recently showed that the measures are working.

It is rapidly developing markets in Asia to replace China, which account for 40% of its overseas trade, Penfolds operates as a standalone division and the long-troublesome American business has been restructured to concentrate on premium lines though a much improved distribution network.

As a result of the much more solid appearance of its business, Treasury’s shares have gained 17% this year.

That has served to dim speculation that Treasury might be vulnerable to an opportunistic takeover bid from private equity.