Coca-Cola Australia will release a hard seltzer this month in a move that places the soft drinks company into the alcoholic drinks sector. 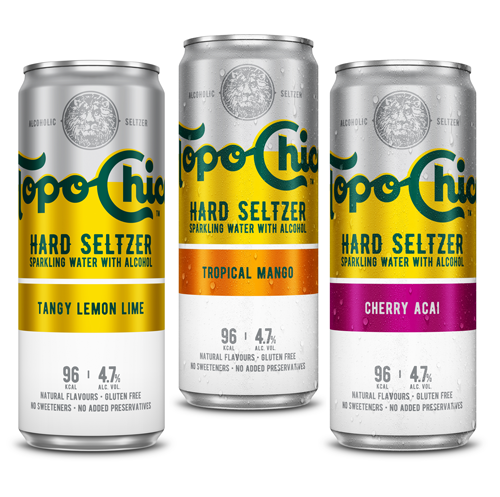 The 4.7% abv hard seltzer, which will be launched under Coca-Cola Company’s Topo Chico mineral water brand which it acquired back in 2017, will be available in 355ml cans.

A choice of three flavours will be available to Australian consumers, with each can of hard seltzer containing fewer than 104 calories.

“We are excited to be entering the hard seltzer category, which has seen incredible growth over the last 12 months. We have a fantastic product in Topo Chico Hard Seltzer which is backed by fans in Latin America and Europe and we’re confident Australians will love the light, refreshing taste,” said Coca-Cola South Pacific Vice President Robert Priest in a recent statement.

Topo Chico Hard Seltzer made its debut in Latin America last year before announcing plans to roll out in the US.

“It will appeal to drinkers who are looking for something new and refreshing to enjoy at entertaining occasions this summer, whether that be virtual or in person,” added Priest.

The drinks will reportedly be available in packs of four from select Dan Murphy’s, BWS and independent off licences in Australia from late September.