The head chef of The Princess of Shoreditch on making short crust pastry aged four, stumbling upon a sensational tapas bar on her way to Arzak, and why spring is her favourite season.

Born in Darlington, County Durham, 25-year-old Ruth Hansom was named Young Chef of the Year in 2017 and was a Great British Menu finalist in 2020 when she competed for the North East as the youngest chef in her group. She worked at The Ritz Restaurant under John Williams when it won its Michelin star and is currently the head chef at The Princess of Shoreditch in East London. 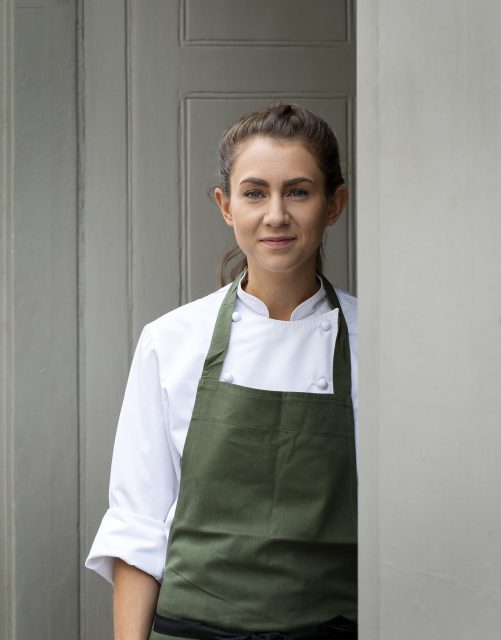 Making a quiche with my Auntie Julie when I was around four. I was helping her with the short crust pastry in her cut glass mixing bowl and managed to stab a knife right through it while mixing the butter and flour together. We only noticed after we’d already put it in the oven that there was a chip in the bottom, so we just hoped for the best! It’s safe to say I’ve learnt a lot since then. Nothing leaves the kitchen unless I’m 100% happy with it.

I wanted to be a doctor when I was young, but after competing in Springboards Future Chef Competition at school, I fell in love with cooking and the industry.

You have to have an addictive personality, and this can sometimes be a good thing. I love what I do and it’s the buzz of service and wanting to please people that gets me up in the morning.

What is the dish that you’ve created that you’re most proud of?

Halibut, pickled grape, almond, fennel broth and chervil. This dish is quite simple but showcases good fish cookery and sauce making. It’s modern in its look but plays on classical flavours from sole Veronique.

I love cheese, perhaps my favourite being a beauforte or Comté, add a glass of Pinot Noir – heaven. 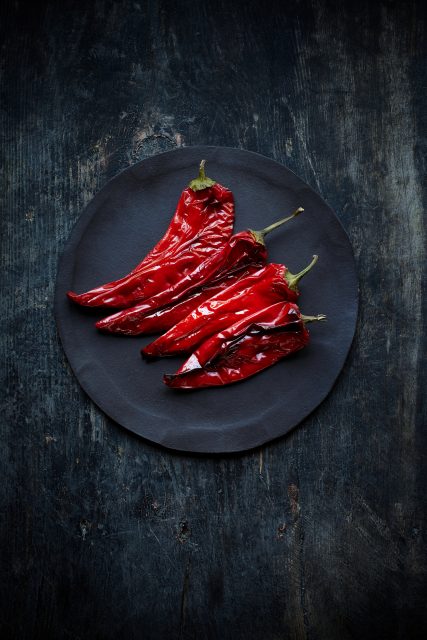 While on a trip to San Sebastian travelling to Arzak, a 3 star restaurant, my partner and I made a stop in Bilbao old town and found a small tapas bar, which to this day is still one of my favourite meals. It could have been overshadowed by where we were going on to, but I think it’s that it was so unexpected and reasonably priced. We had a bottle of local Rioja and lots of tapas, my favourite being grilled red peppers, cooked with paprika until they were almost jammy, served with homemade black pudding.

Hot avocado – it was in a wonton and wasn’t nice.

John Williams MBE, head chef at The Ritz. His palate is second to none and his passion to inspire and teach the next generation is admirable.

I love every season – it’s one of the main reasons I’m so passionate about British food; we have four very distinct food seasons. But I think spring has to be my favourite for the asparagus, greens and mushrooms all coming to life after months of hearty food.

Condiments in general. If I’m at home I use way too many flavoured mayonnaises than I would care to admit – and ketchup. Rubies from the rubble is great.

While I should say British because I have a passion for our cuisine and produce, I love to eat Thai food for the textures and freshness.